Better than I thought it was going to be.

Yeh I think its really good. The new kids and their acting is all a bit Disney Jnr - but Kitty and Red make the show

The hot tub scene was really odd so was Leia going around kissing guys randomly at the shopping centre .

Agree. And I think this talks to the Disney Jnr feel of the show. With those particular scenes and characters.

Also the flicking of bra straps was weird then Ozzie saying I’m not the audience for this ? Wtf

It would be less weird if the actors were adults .

The actor playing Ozzie is 13 by the way . 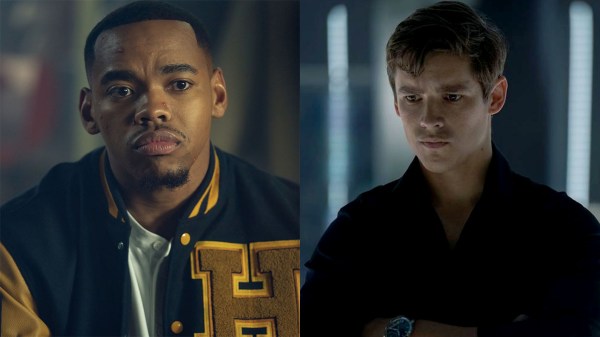 Both of the Greg Berlanti-produced DC Comics dramas originated on DC Universe.

Titans is available in Australia on Netflix and Apple TV+.

The Recruit has been renewed for a second season. Thankfully after that ending!

F is for Family has ended … Paradise PD is the only adult animation left on Netflix?

Last April, Big Mouth was renewed for a seventh season.