My Room Telethon is happening again this year,to raise money for Children’s Cancer Charity.
It will air on Nine in Melbourne on Thursday 29 August at 7:30pm with Nine personalities, AFL Stars, Television Celebrities appearing during the telethon.
Livinia Nixon and Shane Crawford launched the telethon today, donations can also be made on website -myroom.com.au 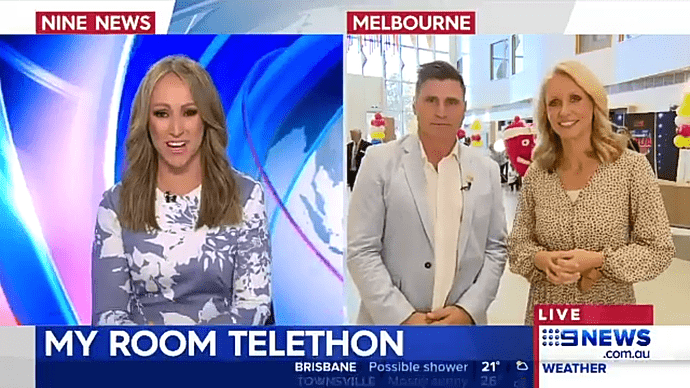 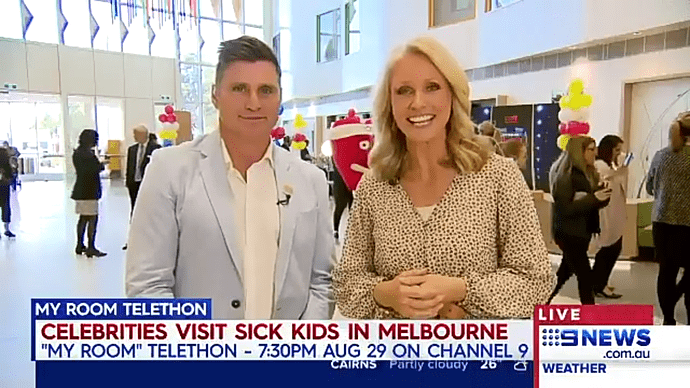 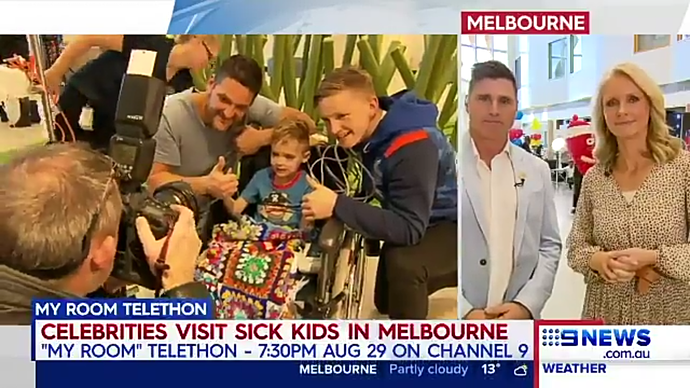 Never heard of it.

Did this happen last year?

Yes it was on last year but was done with The Footy Show (AFL).
The telethon started in 2016.

A Pity That The Footy Show was axed in May.

A fantastic cause. A little friend of mine had leukaemia last year and both The Footy Show and the charity were absolutely wonderful to him.

Saw an ad featuring Rebecca Maddern during the cricket on 9Gem tonight. It’s about the charity auction of a brand new house and land package at Mickleham in Melbourne’s north, on Saturday, August 24.
http://www.myhomecharityauction.com.au/

The Year of the First My Room Telethon without The Footy Show on air.

I’ve never even seen this. I was out the country last year.

I’ve never even seen this. I was out the country last year.

Me neither, and I don’t have your excuse! However if it was connected with the Footy Show, not many would have. 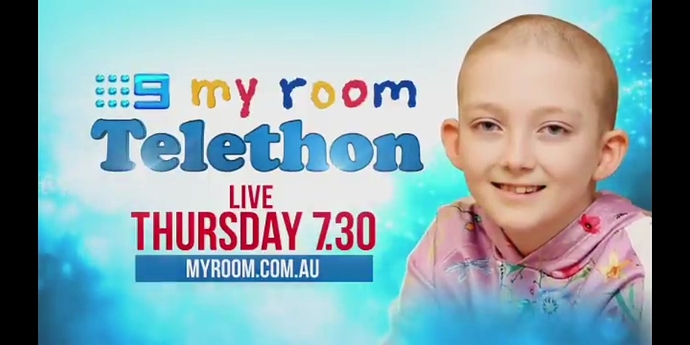 Stars line up for My Room Telethon

More than 100 network, music and sports stars will appear on a Nine annual Telethon.

I think I shared this last year but I thought it would be a good time to share this again (hope the link works).

This is my little friend Lawson. He is the bravest boy I’ve ever met, and spent most of last year at Monash Childrens before heading to the RCH for his bone marrow transplant. What Challenge, The Footy Show and the Essendon Football Club did for him was absolutely amazing, and his family cannot speak more highly of the hospital. 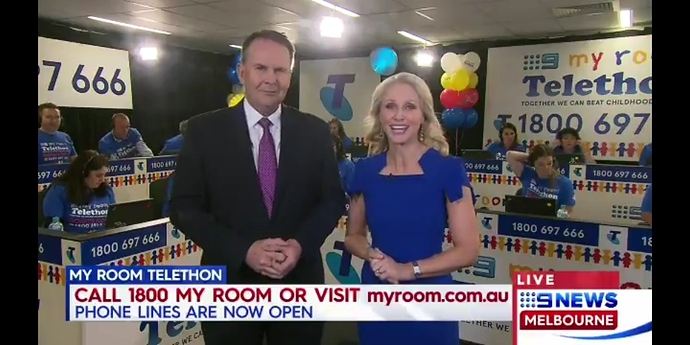 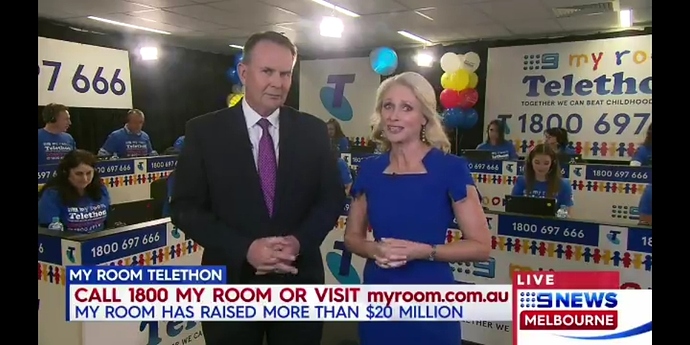 Decent setup tonight. Utilising bit of the old Footy Show set as well as a very “soft” set that could suit a late night show well…

Yes, it reminds me of the former days of live tv from GTV9. Not a bad production. 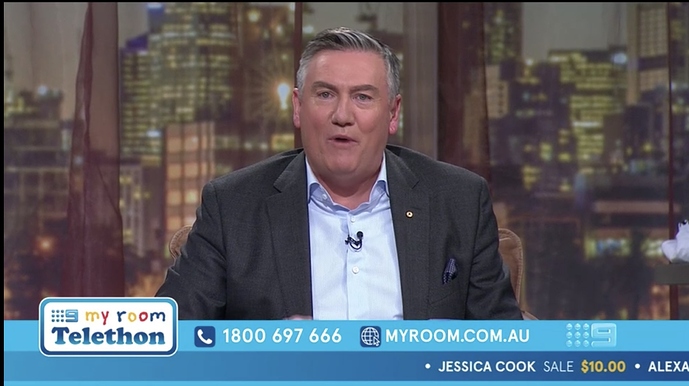 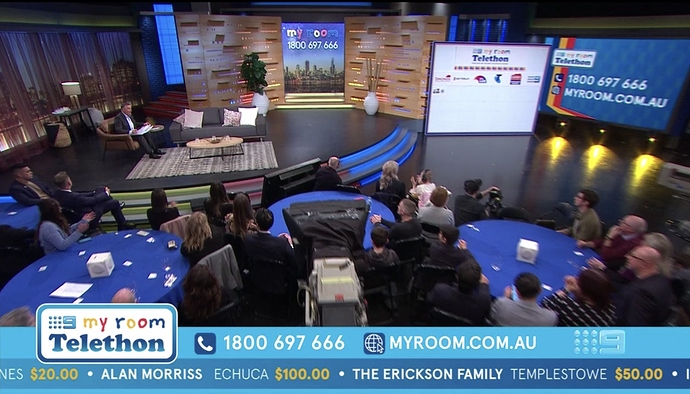 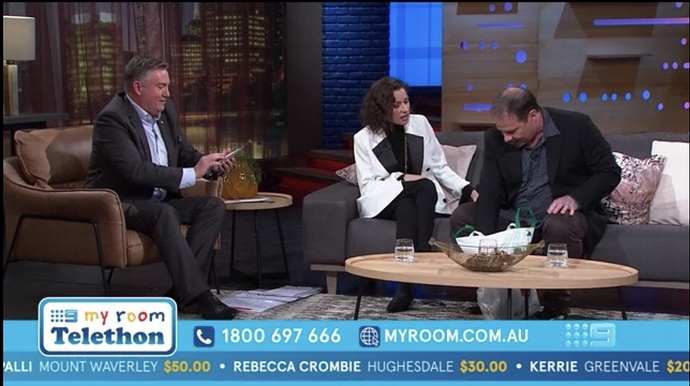 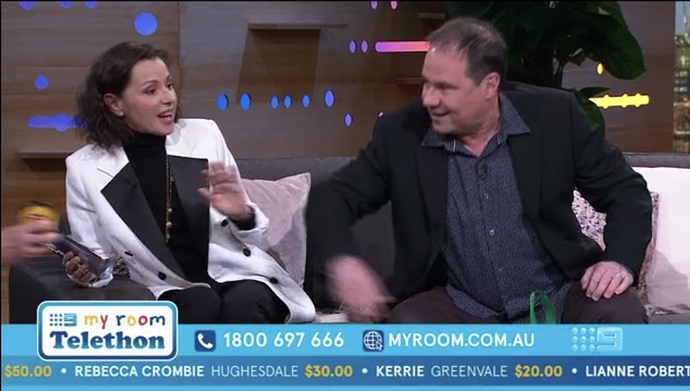 The lag on the canned applause is laughable

Is that a Pete Smith voiceover I hear? Probably pre-recorded somewhere between 9am and 9:15…