The final episode was a mess, not sure I’d watch a third season (if it gets one)

Honestly, agreed. While I did enjoy it, it left me with more questions, especially with Yanko, since it looks like his subplot all of a sudden fizzles out like nothing happened. Would like a third season, even if it’s just to gain some clarity with the things that weren’t answered in this season

The final episode was a mess, not sure I’d watch a third season (if it gets one)

It’s sad… just too many ideas.

The storyline seems to be way drawn out in certain scenes and then very little development in other areas.

It just became a jumbled mess towards the end.

I really think because of the pressure to include COVID into the story when the decided to change the plot for the season, they mucked it up.
The season didn’t know what it was and they should have stuck to the original plot.

What also bugged me this season was the introduction of the “glow” filter on the faces of the female cast.

That would have to be one of the worst endings to a season though. The last ep was all over the shop, nothing resolved. They basically dumped the whole storyline of the season (if we can call it that)

Odd there hasn’t been an announcement on a third season ahead of the finale which Apple usually do well ahead of.

I kind of want to see a third to see if they can get it back on track.
Based off the post by Jen Aniston’s Instagram post, seems the production of this season was a tough one.

Odd there hasn’t been an announcement on a third season ahead of the finale which Apple usually do well ahead of.

See how the numbers stack up I guess.

It’s a very expensive show to make. A 3rd season may not go ahead at this stage, especially with the average response from the second season.

really think because of the pressure to include COVID into the story when the decided to change the plot for the season, they mucked it up.
The season didn’t know what it was and they should have stuck to the original plot.

I think this exactly and I’m a bit confused as to why they bothered to include COVID at all it was really such a subtle undertone to the season that I don’t think it would’ve been missed if they just carried on with whatever was originally planned.

I loved Season 1 so much and Season 2 had moments of brilliance but it just meandered and lost its way too often.

I’d watch a season 3 and I do hope it gets it just because of the love I had of the first season and of this cast which is phenomenal but it needs some work.

I don’t know, I feel like blaming COVID is a convenient way of not dealing with the fact that 10 episodes of expensive drama production were in the main lacklustre, wayward and directionless

There were too many characters in season 2.

I don’t think Mitch’s story needed to be included and should have ended in season 1. The Italy storyline just seemed way off the mark and went for whole 8 episodes.

As I previously said, the Covid storyline should have been more front and centre through season 2, with the main character storylines based around this event. 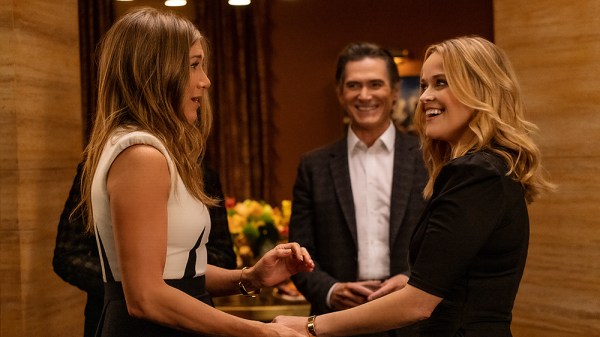 ‘The Morning Show’ Renewed for Season 3 at Apple, Charlotte Stoudt Joins as...

Really hope the 3rd season is more like the 1st season (where I looked forward to pretty much every ep after watching the last one) rather than the 2nd (which was a hot jumbled mess).

I will watch a Season 3 but I hope for a vast improvement on Season 2 and they can propel the story forward beyond the Mitch stuff.

The second season, as it usually happens, is very much inferior to the first. No, I have no complaints about the actors, but they essentially have nothing to play, since the plot of the show has become much weaker and, apart from the brilliant eighth episode, it’s just boring to watch. Thank you for bringing up the COVID-19 issue, but this one could have been used much better.

Is there a release date for season 3?