Absolutely nothing mentioned on the Canberra Times. Pathetic.

I would have expected the tennis to be moved to 7Mate or Flix and rolling coverage on the main channel.

Particularly when Nine and Seven have sporting commitments. I have now discovered the answer to TENFAF current promo slogan “See why we’re different”. They are different because they can hardly put together their main flagship bulletin on weekends let alone cover breaking news happening in the CBD.

Sky News seems to be the better of all the networks with rolling coverage of this event - a live chopper feed and a reporter on the scene, speaking to witnesses.

Meanwhile ABC News 24 is looping over the same 10 images from Twitter with reporters on the phone. The only real vision they appear to have is taken from Nine’s short broadcast before (zoomed in with the watermark and supers visible.)

Sky has live video and reporter on the ground plus live access to helicopter video.

Reports multiple bodies on Bourke St near Queen. Traumatised witnesses said it happened in a second @9NewsMelb
melbournefan January 20, 2017, 3:59am #28

Getting reports that someone has been shot and tased.

News 24 have a reporter live now.

It’s an extraordinary incident, but there is no reason to immediately suspect terrorism.

‘This is not related to CT’

Did TEN go live yet or not?

Police Press Conference: 3 dead & 20 injured (including 4 children) after the driver deliberately drove into them - he’s now in custody and there’s no ongoing threat to the public. Incident connected to an earlier stabbing in Windsor this morning

A further press conference will be held at 5pm 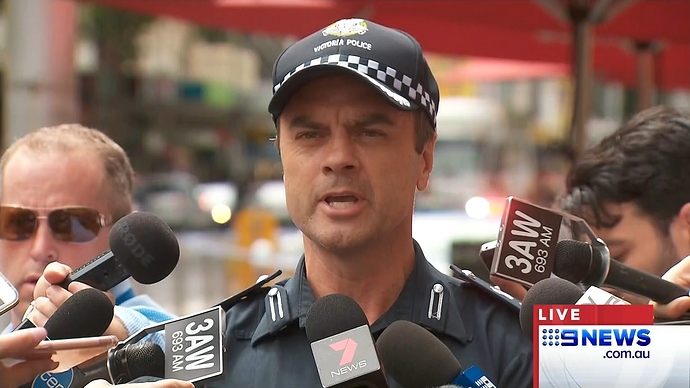 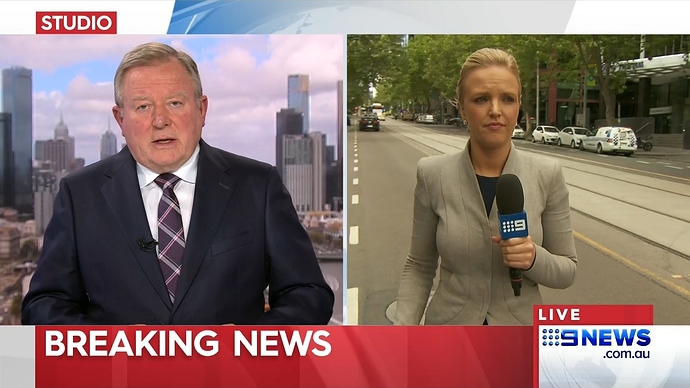 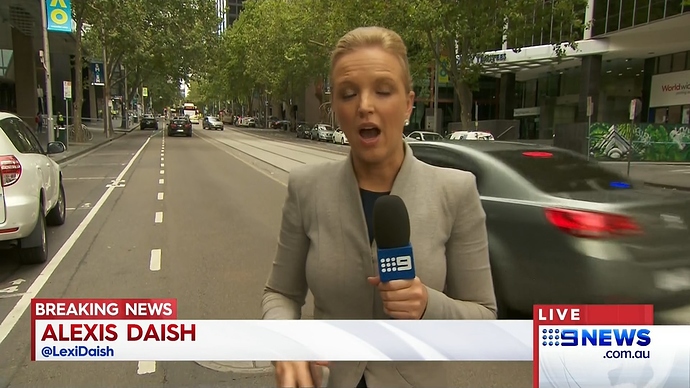 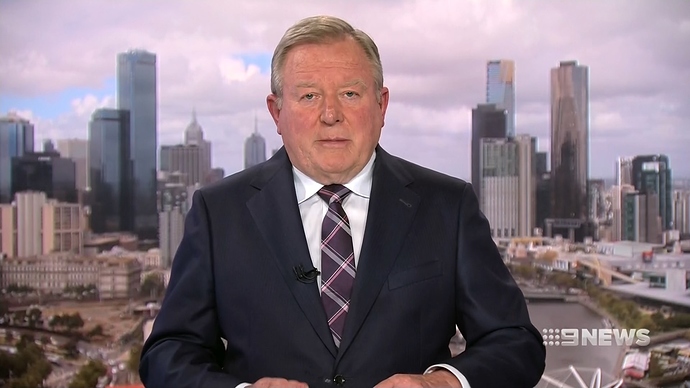