I thought it was a given Seven had this when they started airing ads searching for “talented kids” a few months ago.

Shane Jacobson will host it. New family-friendly series will celebrate the many talents of extraordinary kids.

LITTLE BIG SHOTS’ stars set to twinkle and shine like diamonds in the sky in the next generation of family entertainment.

Shane Jacobson is set to shine the spotlight on the brightest stars of all in LITTLE BIG SHOTS, a new feel good entertainment program created by talk show queen Ellen DeGeneres and American TV legend, Steve Harvey. It is produced by Warner Brothers International Television Production Australia for Channel Seven.

It’s not a competition. There are no prizes. And no judges. It’s simply about embracing what it means to be young, fun and free. Children will take to the stage to showcase their passion. There are no categories, or fast and hard rules for their performances. The only thing we can be sure of is we will be blown away by these LITTLE BIG SHOTS.

Australian comedian, actor, writer, producer and director, Shane Jacobson joins the Seven family for the first time in his new role as host of LITTLE BIG SHOTS and is looking forward to proving that the biggest stars often come in the smallest packages.

“Comedians can try as hard as they may but nothing is more amusing than the open minded kid,” says Shane. “As a parent of four children I spend my life being entertained by my own brood. All kids have skills and this show celebrates performers with amazing skills.”

“LITTLE BIG SHOTS gives kids the chance to perform without being judged so at the end of the day every performer stays the hero. I would have given anything to be a part of this show as a child.”

Shane’s love affair with the lime light began at the tender age of eight when he stood on the stage during his amateur theatre days. The comic genius has just finished filming his latest film, The BBQ and recently celebrated 10 years since he graced the silver screen as Kenny Smyth in Kenny.

Seven’s Director of Programming, Angus Ross, said: “LITTLE BIG SHOTS is the ultimate, feel good program. We’re delighted to welcome Shane into the Seven fold. He’s a sensational performer and the perfect fit for this family friendly show with a lot of heart.”

LITTLE BIG SHOTS is now casting for talent. Applications for children aged between 3 - 13 can be sent to www.littlebigshotscasting.com.au. 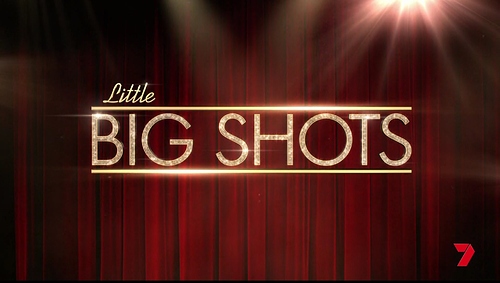 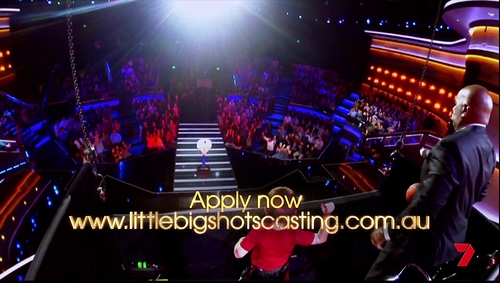 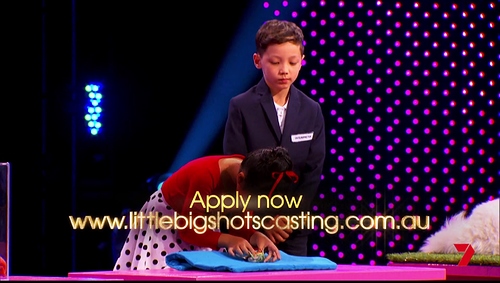 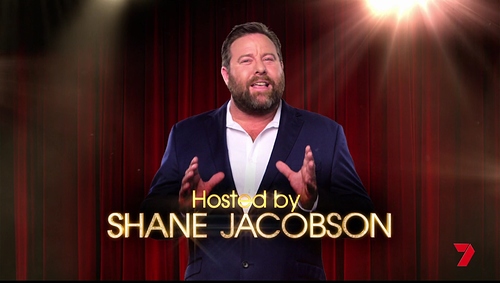 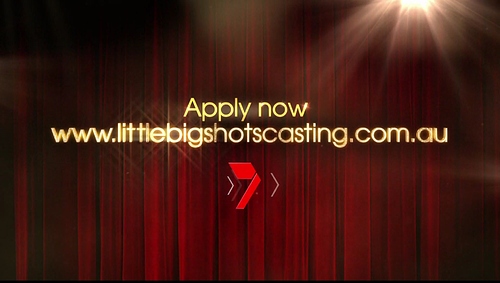 Just saw an ad in Melbourne advertising for audience tickets - however it’s being filmed in Sydney. I can’t imagine many people being keen enough to fly interstate just to be in the audience.

It is also filmed at Fox Studios like The Voice and The X Factor before it.
Since filming takes place in the next two weeks, kids will have to take time out from school to perform. It will be better if producers wait until the next school holidays (in NSW it’s July 1-17) to film the show.

I hardly think they would wait another two months for school holidays. Most parents would be fine to let their kids take a day off school to film and the kids would have no complaints.

I can’t believe I’m saying this but from the promos I’ve seen during House Rules I actually want to watch this.

This could be HUGE hit for 7

I personally think that Little Big Shots will likely start out strong before flopping in the ratings and later being axed after only a season or two, like the other primetime programs predominately featuring children that Australian TV has tried out in recent years.

Be prepared to be blown away by these super cute LITTLE BIG SHOTS who illuminate the stage with their awe-inspiring talents and have us in stitches with their quirky, unfiltered comments. LITTLE BIG SHOTS is a new, feel good entertainment program hosted by Shane Jacobson.

There are no categories, or hard and fast rules. It’s not a competition. There are no prizes. And no judges. It’s simply about embracing what it means to be young, fun and free whilst celebrating the innocence of childhood.

Aged three and upwards incredibly gifted children from across Australia and around the world have a chinwag with Shane before showcasing their passion on stage in front of a LIVE audience. With no filters, or political correctness in sight these kids are refreshingly honest and are sure to keep even the quick-witted and father-of-four host on his toes.

Proving the biggest stars can come in the smallest packages the pint-sized performers’ talents are limitless and broad, ranging from sheep shearing, to hula dancing and teddy bear making just to name a few.

No matter what your age, or status quo, this fun, family-friendly show will have you on your feet applauding these gifted children and laughing along with their hilarious exchanges with Shane. Created by talk show queen Ellen DeGeneres and American TV legend Steve Harvey, LITTLE BIG SHOTS is produced by Warner Bros International TV Production Australia for Channel Seven.

Little Big Shots starts next Sunday at 7:00 where I thought it would and should go

The 7pm slot is perfect for family viewing.

Exactly right. I’m so happy that Seven got something right for once. Hopefully it will rate well in this slot

The last show I can remember similar to this was Spelling Bee Australia.

It’s S1 premiere got close to 1m, but fizzled after that.

Hope this is a success, looks brilliant

The last show I can remember similar to this was Spelling Bee Australia.

Because they both have kids?

Well, it was on Ten. With Grant Denyer. And Chrissie Swan.

So, do you think I should a-bort watching it then?

Not bad, but don’t give up your day job. Those journos and publicists aren’t gonna mention themselves on Twitter, after all.

How many episodes were made