Tapping into the world-wide trend of home-owners renting out their properties as holiday accommodation, this new competition series will see home owners vie for the title of best Instant Hotel. Personal taste, precious belongings and price point are all open for judgement as teams travel the country and stay in newly created ‘hotels.’

Guided by a yet to be announced host, homeowners will be judged by a hospitality and interiors expert.

An interesting concept, I’ll be watching with eager eyes. Fingers crossed it doesn’t turn out to be another Restaurant Revolution or Zumbo.

Sounds like a bastardisation of Four In A Bed, a British reality series which used to be on 7TWO.

This sounds interesting. Anything new that’s not dating or cooking is a step in the right direction anyway. 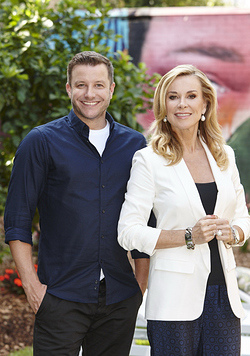 Travelling the country in his work as an actor and television presenter, Luke Jacobz knows a thing or two about what makes a good hotel. Now he’s looking to put those years of research to good use as host of Channel Seven’s new competition series, INSTANT HOTEL.

Tapping into the world-wide trend of home-owners renting out their properties as holiday accommodation, INSTANT HOTEL will see home owners vie for the title of best ‘instant hotel.’

Personal taste, precious belongings and price point are all open for judgement as teams travel the country and stay in newly created ‘hotels.’

“I’ve stayed in some of the best and worst hotels in the world,” says Luke who recently returned from Los Angeles to host the series. “But I think even the most mediocre hotel rooms can be improved with the right personal touches.

“I’m really keen to see what lengths teams will go to in transforming their homes in order to give other teams a taste of that hotel experience. And it’s going to be great to be a fly-on-the-wall when personal taste is not to everyone’s taste!”

Luke is well-known to Australian audiences for his work on Home and Away, The X Factor and Dancing with the Stars which he won in 2008.

Joining Luke on INSTANT HOTEL is series judge Juliet Ashworth who will score each hotel out of 10.

Juliet is an award-winning designer who’s worked on over 100 projects across Australia and Asia.

A former editor-in-chief of Vogue magazine, Juliet is now partner and creative director of an internationally noted design company specialising in luxury hotels and resorts.

“I’ve stayed in a number of homestay properties around the world - some fantastic and some not so fantastic - so I think this is a great opportunity to show people who are wanting to rent out their own home, what works and what doesn’t!

“Everyone has different ideas on what makes a stylish home but, when you’re charging people to stay there, certain rules must apply. I’m looking for cleanliness, comfort and reasonable value for money.”

INSTANT HOTEL is created by Seven Productions and will screen on Channel Seven in 2017.

Nice to see an interesting concept in the lifestyle/reality genre for once.

There could be some trouble with this show according to Private Sydney in the Sydney Morning Herald. Apparently producers were shown what was already shot for the series and they did not like it. They had doubts of it ever being aired, however Seven executives deny there is any problem.

Sounds a bit like what happened last year when Nine pulled the plug on Celebrity Come Dine With Me.

Hopefully not as on paper this show sounds like an interesting concept.

Low res promo - lots of scenarios that will be familar to Seven reality fanchise addicts. 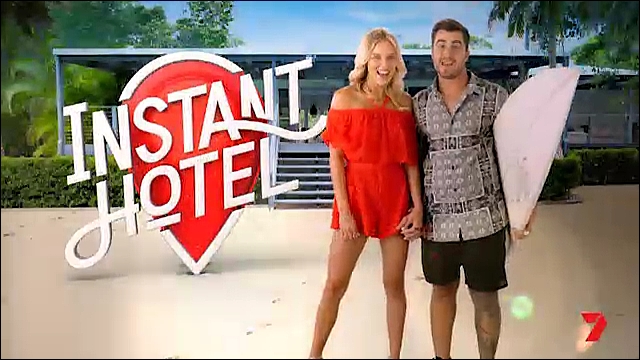 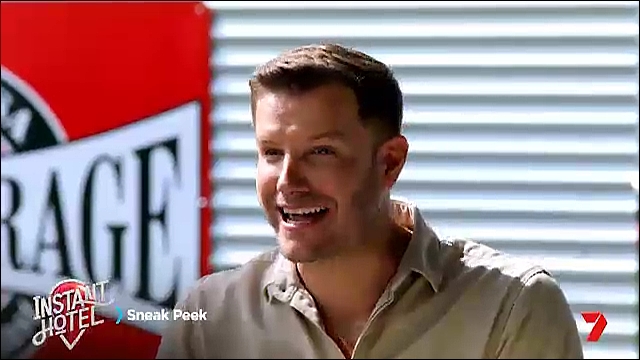 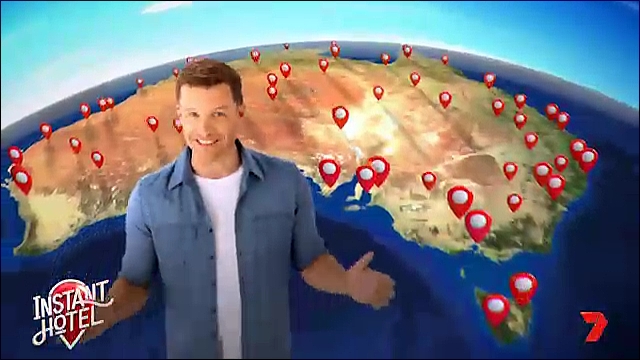 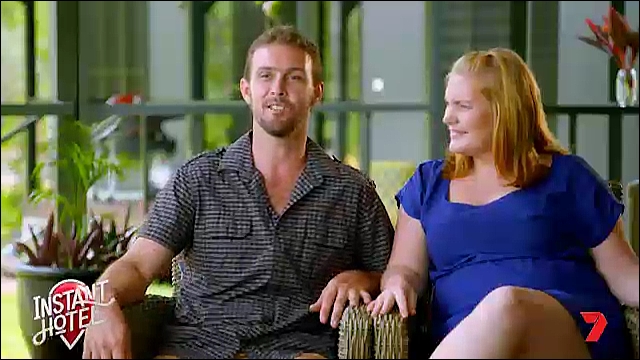 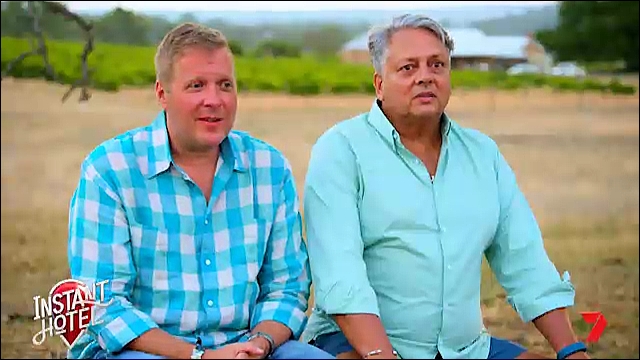 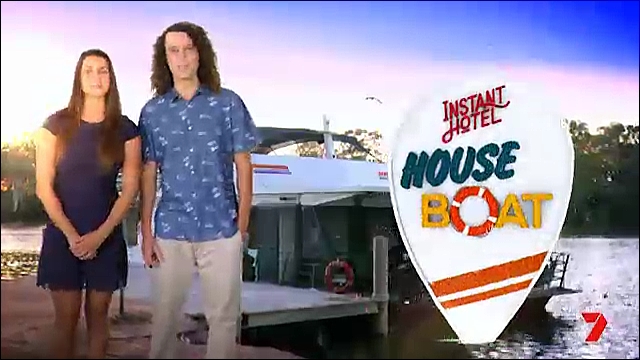 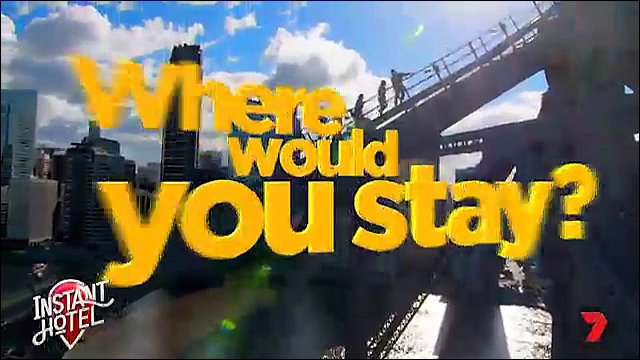 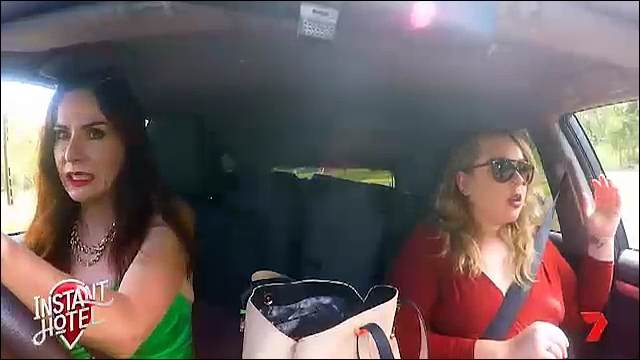 Looks like each team would renovate their house or boat into a luxury B&B (not hotel as the program title suggests).

This concept had potential but promos look like the same old typical reality crap that Seven churn out.

I watched that promo and that is 1 min, 45 seconds I am never getting back.

At least I know to never waist my time with that crap when it airs. 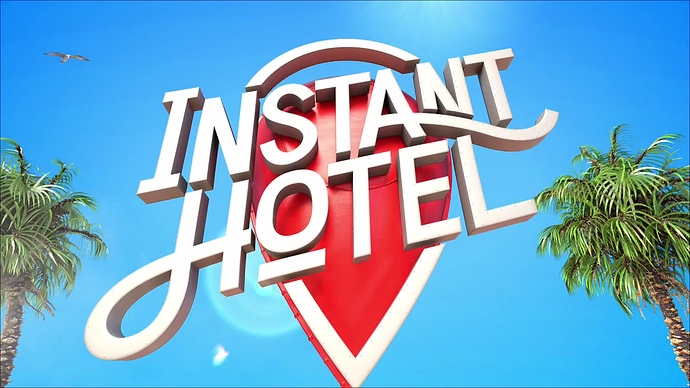 I am hoping this goes the way of Cannonball and disapears quickly.

If it does then you’ll be left with weeks of utter rubbish filler programming.

And the difference would be? :