@yellow_sock Yes back to 60 minutes next Sunday.

That set-up is pretty good. While the main desk got in the way (though understand it would have been impracticable to shift it out), the yellow lighting was effective in converting the election set into a makeshift Insiders set.

Which was in turn made from the Q&A set.

Did anyone else notice a heavy mood among the panel yesterday? It was almost like an awkward family gathering at a funeral. No real atmosphere and at several stages I thought Sam Maiden was going to go ballistic at David Crowe particularly.

Sam Maiden was definitely giving off a pissed off vibe 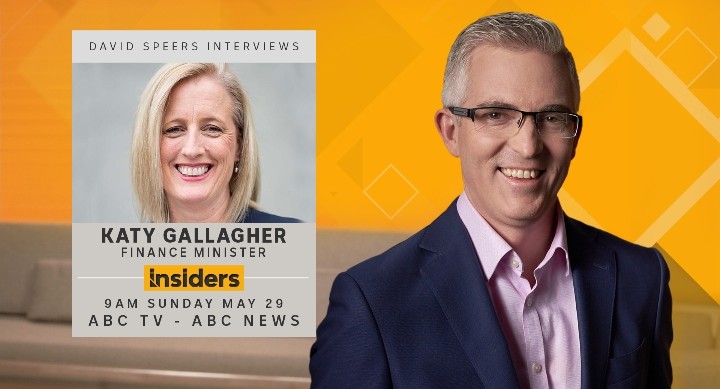 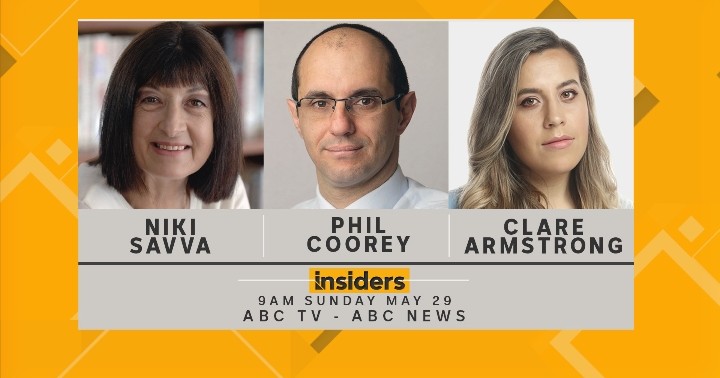 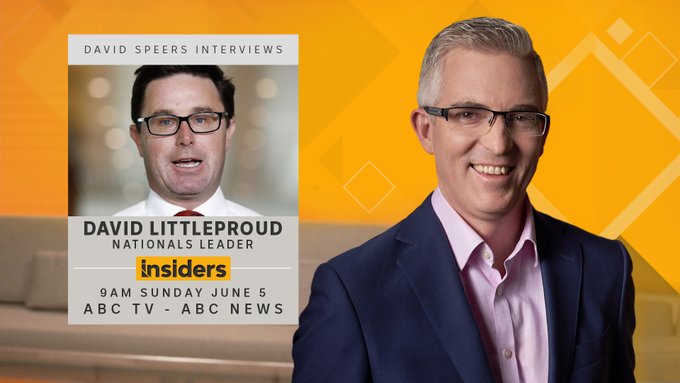 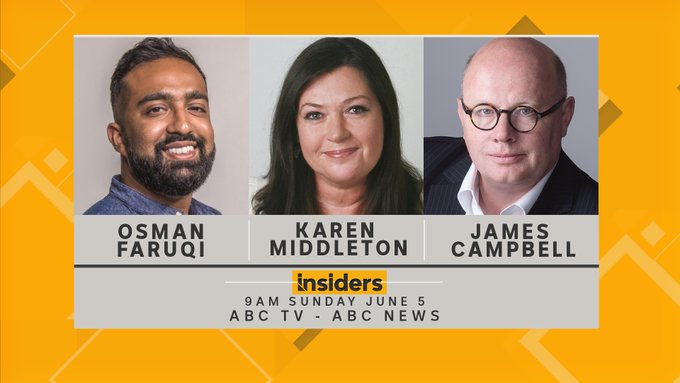 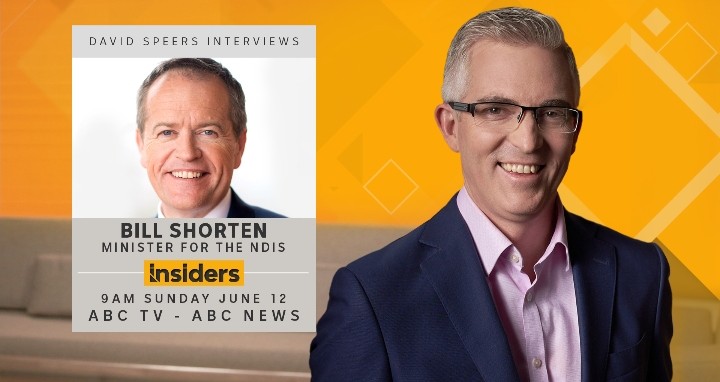 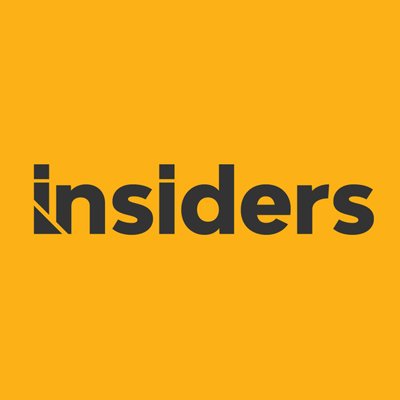 @InsidersABC
We’ve got a new podcast, Insiders – Back to You, out every Friday afternoon. It's your chance to join the conversation, as we’ll be answering your questions. You can send them in by searching for Insiders – Back to You on the listen app, or by email on backtoyoupodcast@abc.net.au https://t.co/pVwuckY7F4 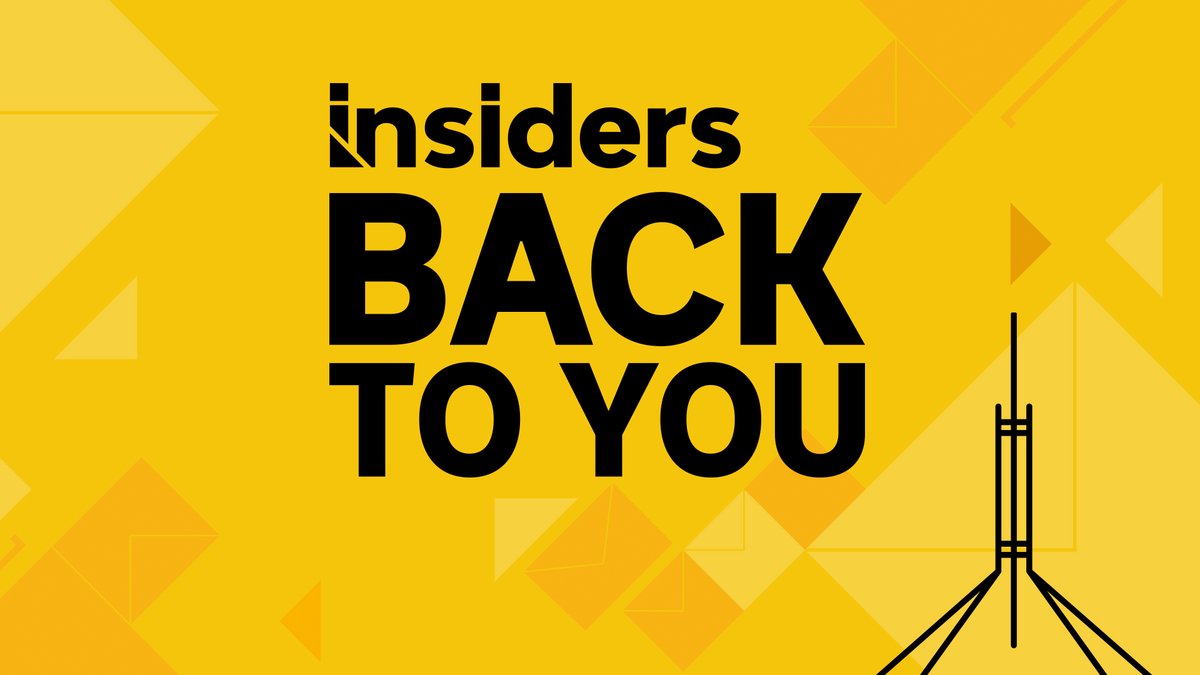 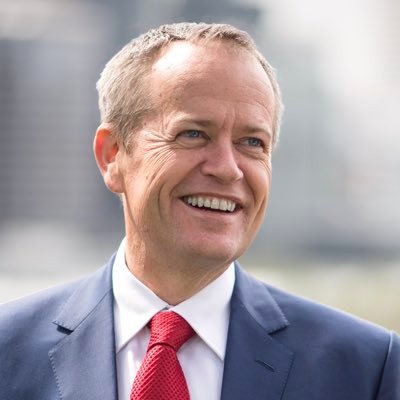 @billshortenmp
Highlight of#Insiders this morning was meeting Georgia, who is working on the show with the help of#NDIS carers. Kudos to the ABC for hiring people with disability. Keep up the great work, Georgia. https://t.co/rzIpXDvU3n 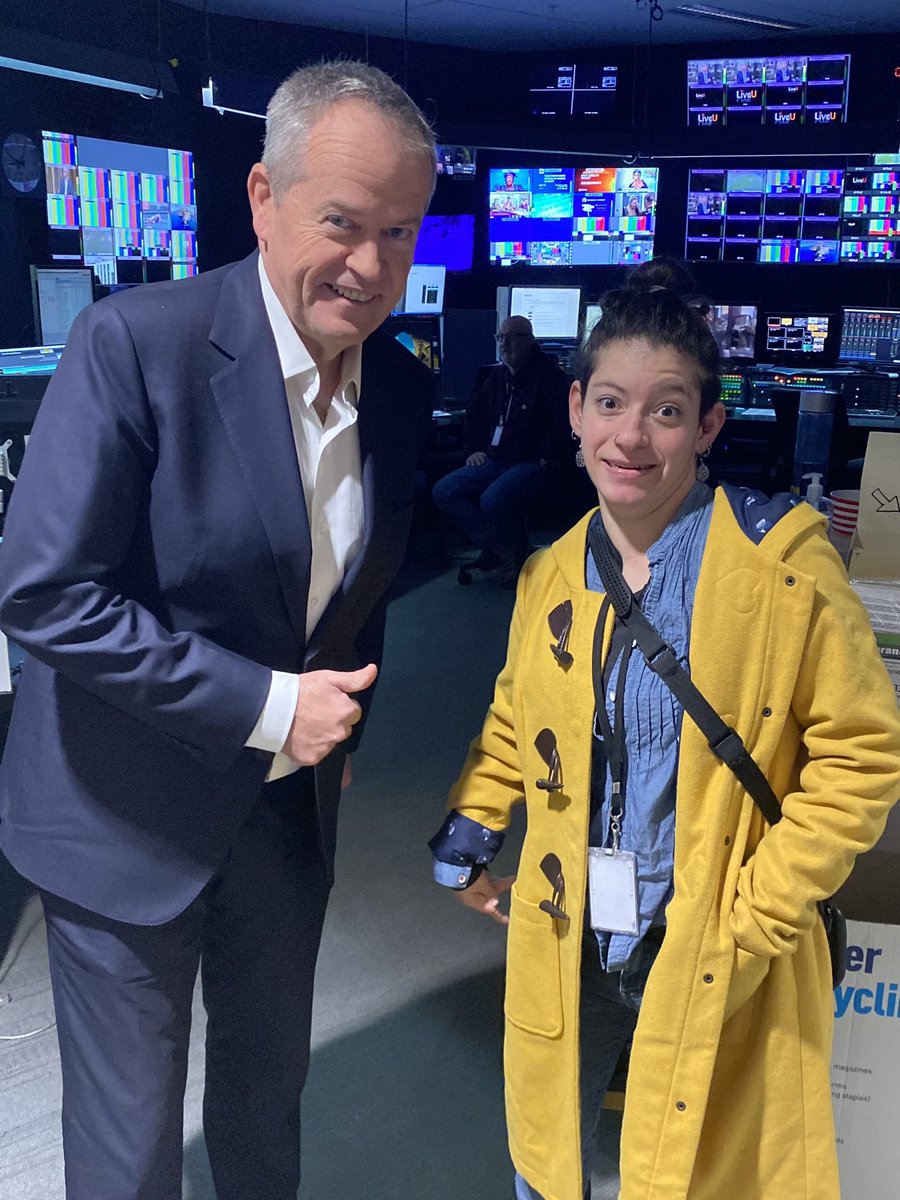 We’ve got a new podcast, Insiders – Back to You, out every Friday afternoon. It’s your chance to join the conversation,

Instead of putting this show out of its misery, they’ve doubled-down - well done ABC 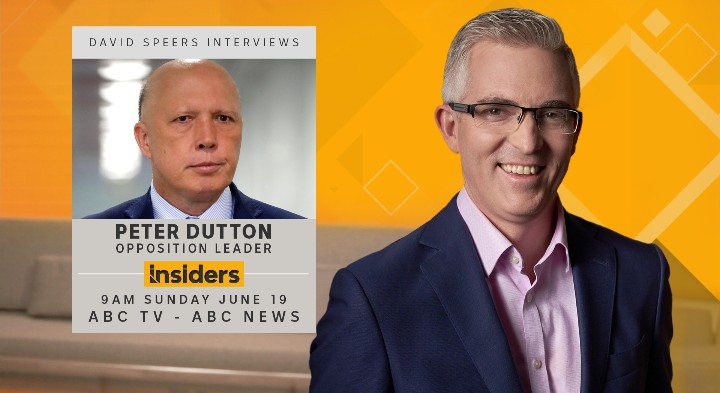 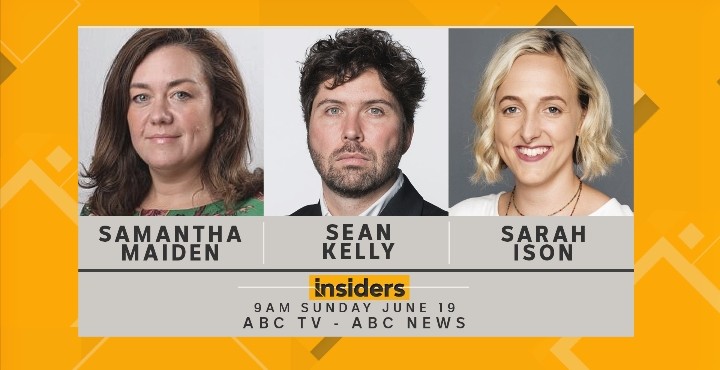 Love the show and the podcast. Appointment viewing every Sunday (or iview) if I am busy and a good podcast which has overtaken the Australia Votes brand. I would be very sad if it was “put out of its misery”.

What do you mean? The show still rates highly and often beats the other weekend programs and still can attract decent guests.

Usually putting something out of its misery is when it’s had it’s day and hardly anyone is watching. Shows like Studio 10, Q&A and The Drum need to be “put out of their misery” not Insiders.

Our media plays too big a role in setting the political agenda of this country and in doing so does a bloody awful job of it - this needs to end and the only way it will end is to stop the circlejerk that is Insiders. I’m all for holding politicians’ feet to the fire and the longer form interview is important, keep that and dispense with the rest of the dross.

The show should have ended when Barrie Cassidy departed - putting Spears at the helm has done nothing to improve the show.

Each to their own I suppose…

Political discourse in this country is basically broken and the media has to take some responsibility for that. It’s bad enough that asking a politician a difficult question these days is basically treated as if you’re some kind of opposition stooge and by the same token that a softball question is some kind of sign that you’re a supporter. 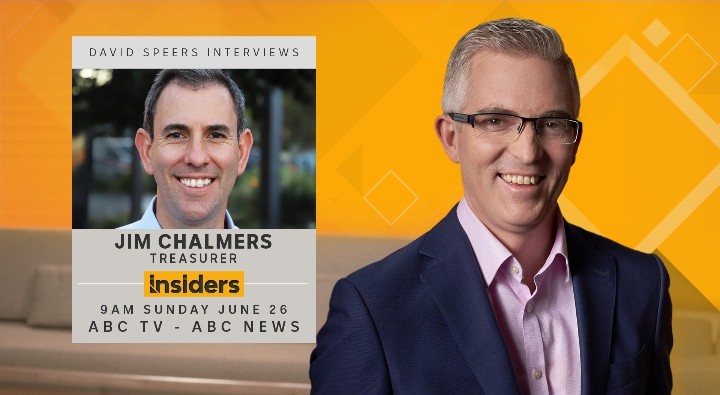 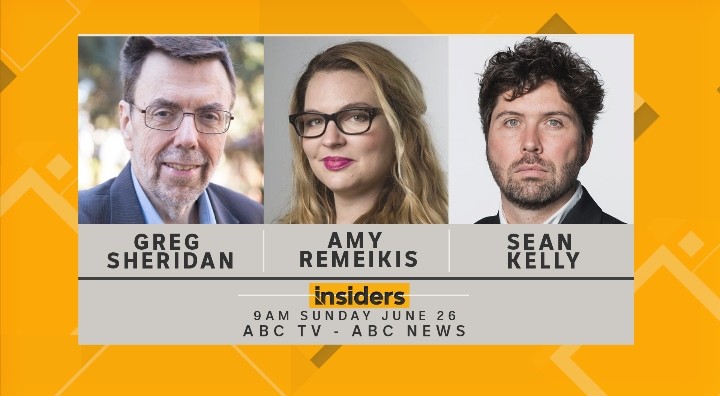 Mike Bowers is off sick this morning. 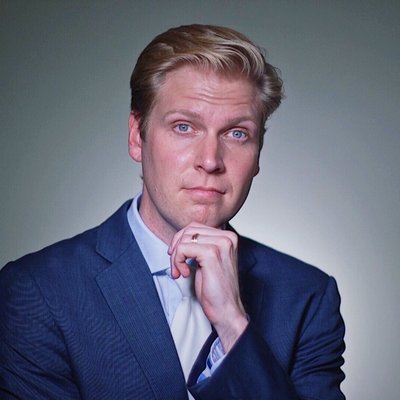 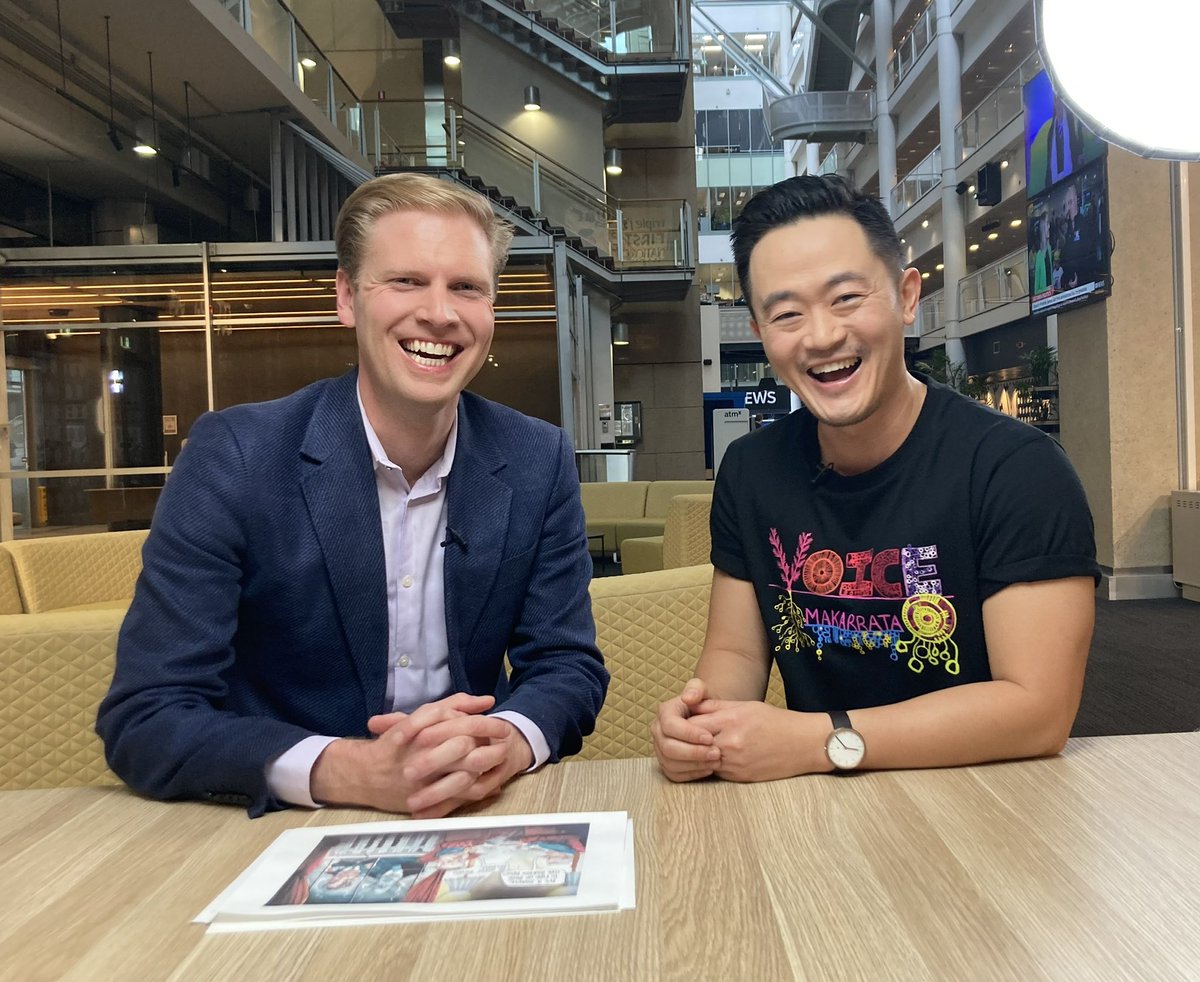 Is it just me, or has the length of the interviews increased in the last month or so?

Depending on who the guest ie I’ll sometimes skip the interview, but it seems I’m now more skipping through more of the ep.
It means less time for the panel.