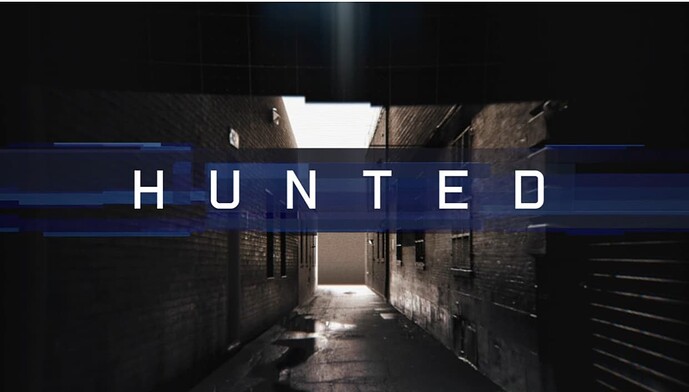 You Can Run, But Can You Hide?

Hunted Australia. A Thrilling New Adventure Reality Series Coming To 10 And 10 Play In 2022.

The adrenalin is already pumping as Network 10 today announced that an Australian version of the infamous reality series Hunted is set be unleashed across platforms.

Arriving on 10 in 2022, the radical social experiment Hunted Australia will take viewers on an intense, edge-of-the-seat journey where ordinary Australians go on the run, attempting to avoid a crack team of expert hunters.

The stakes will be huge in this real-life thriller as we follow Australian fugitives, all facing the daunting challenge of remaining undetected.

The fugitives will not be allowed any money to assist them and are unable to enlist the help of others during their desperate flight. To evade their pursuers, they’ll need to become invisible. But when every move you make can leave a trace, hiding in plain sight will be far from simple.

The team of experts giving chase will consist of some of the world’s top investigators, each of them with access to cutting edge, targeted technology. If our ordinary Australians can outsmart and outrun the pros, they stand to win an incredible prize.

Daniel Monaghan, Senior Vice President, Content and Programming, ViacomCBS Australia and New Zealand, said: " Hunted is a gripping reality series that has been a huge success in the UK, and we are thrilled to bring it to Australia for our own local version.

“Our Aussie fugitives will need physical strength, mental toughness, and the gift of the gab to conquer this game - we can’t wait to watch them in action."

Endemol Shine Australia CEO, Peter Newman, said: “ Hunted Australia is a blockbuster reality-thriller that asks… could you evade capture when hunted day and night by a team of Australia’s elite investigators?

“When Hunted Australia explodes onto our screens in 2022 with its unique fusion of real-world investigative techniques and cutting-edge storytelling, Aussies will be glued to every twist and turn of an unrelenting and unmissable game of cat and mouse.”

Where will they hide? Who can they trust? What will they do to win? When the clock is ticking, only time will tell.

Hunted Australia is an Endemol Shine Australia production for Network 10.

Would be fairly obvious where a contestant is if they have a camera crew behind them?

I think the contestants will be given smaller cameras like GoPro to film themselves.

I just checked out a episode of the UK one… S02E01 (it’s on youtube), they have “covert” camera crews with them and go pro setups. The investigation team can also “tap into” the states infrastructure for CCTV…

It’s a great show - you have to accept it works within the confines of reality TV, and there are certain rules to level the playing field which aren’t mentioned on screen such as withdrawing money, trying to meet up with a family member etc.

Presumably they’ll have to confine the play area for this so the Hunted have to remain within one state for example. With ours they have the whole UK to play with, but that is such a small footprint compared to Australia.

Yup, it’s been mentioned that the show will be filmed entirely in Melbourne.

Yeah I love this show. I also love when they do the celebrity spin offs. I hope they film this over the summer it should really get the public excited as well. This is a great pick up.

Yup, it’s been mentioned that the show will be filmed entirely in Melbourne.

That might compromise things then. Part of the appeal of the show is people having different views of how best to hide yourself - i.e. blending in in a busy city or hiding out in the quiet countryside. Also the participants history of where they lived and network of friends living away from their hometown become important too.

There was not much news on the show’s filming apart from this tweet I found: 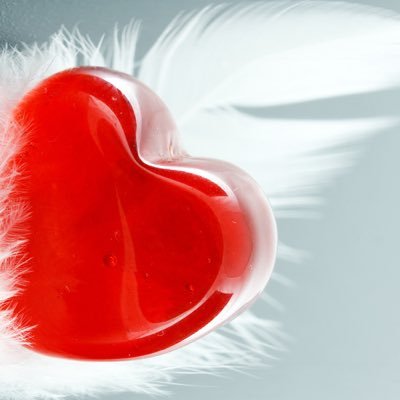 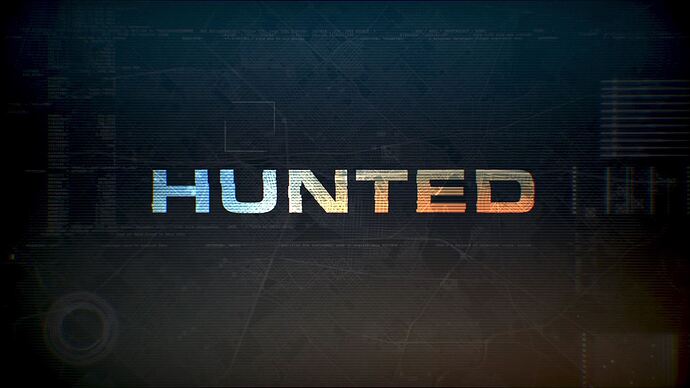 Fairly sure that aired last night too. I saw it briefly but wasn’t sure it had anything to do with the show.

The UK version has just returned. Probably my favourite reality show of recent years, though the UK (and most European countries) are natural playgrounds for the format whilst presumably they’re having to restrict it to one state in Australia.

Will be interesting to see what Ten have done with it. I’m guessing it’ll have to be somewhat supersized as I doubt it’ll be just six hour long episodes - probably at least twice as long with most eps clocking in at 90 minutes, so probably a far bigger cast than the 10-12 we have most series.

The add now shows a QR code that leads to another add here.

I saw this exact image on a billboard in Brisbane today, seems as though the show will be airing soon if they’re already investing in outdoor advertising to tease the show and create some buzz. Interesting strategy, I like it.

10 has published a full page ad in today’s News Corp papers, hinting a preview of the show tomorrow night (Monday). 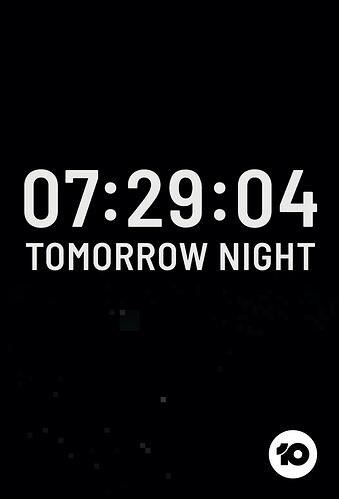 The sneak peek as shown tonight. It was filmed across Melbourne. A similar promo aired during Have You Been Paying Attention in Melbourne tonight, with the added caption “Filmed entirely on location, right here in Melbourne”.

Surely they were allowed to leave Melbourne though? Not much point in going on the run if you can’t leave one city.

This is why it works in most European countries because countries like the UK and Italy are the perfect size to be a playground for reality TV.