A holiday special from 1974 is one of the few things that survived from the early days.

Sadly, no footage from The Daryl & Ossie Show is on YouTube.

A genuine 20 to 1 of Hey Hey’s most breathtaking moments.

That would actually be a good idea perhaps as a 7+ steaming special compilation, maybe as a companion piece to whatever is planned for the anniversary special.

There could be outrage if it actually aired on tv (although it is 7, so wouldn’t put it past them)

Give people a reason to keep the 7+ app, if they didn’t delete it yesterday at the end of the Games.

Story about the Hey Hey 50th special coming up on Weekend Sunrise this morning.

Archival discussion can continue here.
There might be some crossover.

I was just watching some old Hey Hey clips from their official YouTube channel, and all of a sudden, the channel page became a broken link. I went back to my watch history to find some of the videos I had just watched, and it said they had all been privatised…

They want you to sign up to their own page instead? 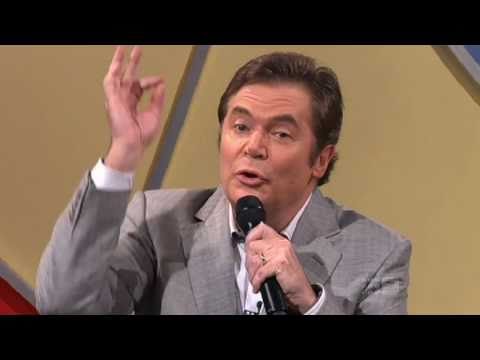 The (very) last episode of Hey Hey airing in 2010. When the show ended there was an auction merchandise from the show with HHIS not included in 9’s 2011 upfronts. Fittingly this very episode was also the last to be filmed at Studio Nine

Nope. That honour goes to Shane Warne’s much forgotten talkshow. It just doesn't seem right. Warnie gets the final hurrah at Studio 9 in Bendigo Street today, under a cloud of murky headlines.

At the end of that clip was the start of the LIGHTS, CAMERA, PARTY - TELEVISION CITY CELEBRATES special for Bendigo steet. Wonder if anyone has that in full?

Read today on Facebook that Des McKenna (a.k.a. ‘Animal’) has passed away in the Chaiyaphum province in central Thailand.

When did the last episode of Gonged But Not Forgotten air?

Not sure. Somers-Carroll hasn’t released them on Hey Hey TV.

They have actually. But the info page for them doesn’t come with a date. 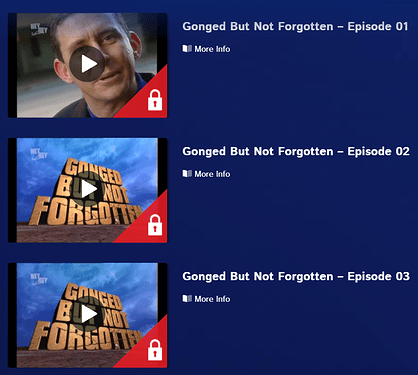 According to the information I can find, “Gonged But Not Forgotten” was a series of eight half hour specials hosted by Peter Rowsthorn which originally aired on Nine at 8.30pm Mondays over the Summer non-ratings period of 1999/2000.

I’d guess that these may have been shown to fulfill some sort of contractual obligation between Nine & Somers Carroll following the axing of Hey Hey It’s Saturday. Airdate wise…

Further research has found that Nine aired twelve episodes of “Gonged But Not Forgotten” on Monday nights (either at 8pm or 8.30pm) between July 27 and October 12 in 1998.

Not sure exactly when the first six episodes aired at this stage, but chances are I’ll figure it out eventually while finding an airdate for something else!

Ahh, you’re right. TV guides for that day list Gonged But Not Forgotten as a “New Series”! And a closer look suggests there weren’t any episodes aired on August 24 or September 14/21.

Following the 1998 and previously mentioned Summer 1999-2000 runs, it seems the remaining episodes of “Gonged But Not Forgotten” were burned off over Summer 2000-01:

…with one ep marked as a repeat on 3/2/2001, at least in the SMH Guide for that day available via Newspapers.com.

Despite using the Sydney guides as my resource, those Summer 1999/2000 + 2000/01 airdates should be applicable to most (if not all) Nine stations + affiliates in the AEDST timezone. It’s quite possible that the one or two unaccounted for episodes aired in non-AEDST states or nationally if the cricket finished early/was rained out, but I’m not in a position to check that at the moment.