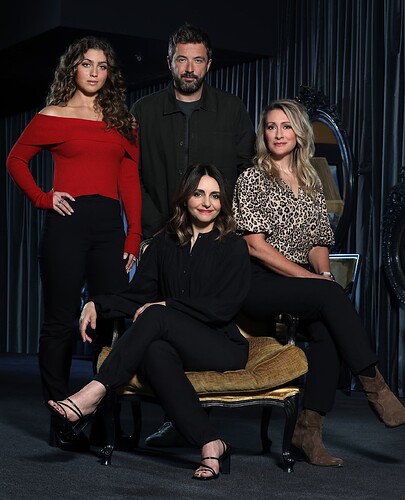 Network 10, Channel 5 and Fremantle are excited to announce their second drama collaboration in 2022, Heat, a premium, action thriller to be filmed in Australia and starring a distinguished ensemble of Australian and international actors.

The four-part series unfolds to the backdrop of the looming Australian bushfire season when two families, long-time friends, venture to a secluded home for a summer vacation. As secrets and lies unravel, it becomes a tinderbox – and not everyone will make it out alive.

Heat was created by Fremantle Australia’s Jason Herbison whose credits include Executive Producer of the much-loved soap Neighbours and acclaimed mini-series Lie With Me. More recently, Jason helmed Riptide, a joint venture in the limited drama series for Network 10 and Channel 5 that will air in 2023.

Cameras roll on the production in November with Kate Kendall (Neighbours, Playing for Keeps), an Australia Directors’ Guild Award winner, directing, and Natalie Mandel (Lie With Me, Wanted) on board as producer. As well as Jason, writers include Anthony Ellis and Margaret Wilson, and casting by Thea McLeod.

Daniel Monaghan, SVP Content & Programming, Paramount Australia & New Zealand, said: “We are thrilled to team up with Channel 5 and Fremantle once again, for another superb drama series. The accomplished cast is fantastic, and they will do a sensational job of bringing this gripping story to life on screen. We can’t wait to get started.”

Jason Herbison, Executive Producer, Fremantle Australia, said: “I’m excited to partner with 10 and 5 once again for this tense family thriller, and ecstatic to have such an accomplished cast on board to bring it to life, along with Kate Kendall directing and Natalie Mandel driving the production.”

Heat will be filmed exclusively in Victoria, Australia and has received financial investment from VicScreen. Fremantle will distribute the series internationally.

ABC drama Fires had also used the 2019-20 summer bushfires as the backdrop.

Positives are they are local scripted productions and adds another 4 hours of local content for 10 in 2023.

They now have Riptide, North Shore, that pop stars thingy (Paper Dolls) and now this.

You wonder if any of these will actually premiere on 10 or go straight to P+.

Sounds okay, decent casting, lots of Aussies which is good but seems more of the same from Fremantle / Herbison / 10 / Ch5.

Can’t complain with more drama on FTA, just hope they schedule it well and promote it.

I hope these all go to Paramount+. I’m happy to check them out as they’re all short seasons and Australian made but I’m not going to bother if they’re only on 10/10 Play.

They’ll end up there after each episode airs on 10 I would assume so you can watch without ads.

But we shouldn’t be asking for the complete demise of premium scripted content on free to air.

They announced they were working on another drama as part of the collab with Ch5 when Riptide was announced.

Given it starts production this month, would’ve been good to get some noise at the upfronts given a lot of information would have been known.

Yes, not a bad idea, as long it doesn’t unnecessarily delay releases. Semi-offtopic but I also think 10play/P+ and 9Now/Stan should (each) be rolled into one service with appropriate tiers for ad and ad-free stuff. Premium stuff could remain behind a paywall and some catch-up stuff (and live channel streams) remain free with ads.