Newcastle has a radio thread, might as well ensure Australia’s sixth largest city has one too.

Hot Tom breakfast is off until 9 April. There’s a 4 week break between surveys, off between 18 Mar - 22 Apr.

So far, no commercial broadcaster within the Gold Coast has invested in any official rights.

GOLDOC (Comm Games organising company) might drop the price in a one minute to midnight move but the commercial stations are right to ignore it and focus on info for locals.

In other news (or lack thereof), no digital radio, as we know, the ambitious predictions of ACMA and CRA to have digital radio operational for the Comm Games is still very far away:
https://www.acma.gov.au/Industry/Broadcast/Spectrum-for-broadcasting/Spectrum-radio-broadcasting/digital-radio-expanding-to-all-capitals-and-gold-coast

How can Gold FM call themselves the “official”’ information station when they haven’t paid for any rights?

Because you can be the official station for anything so long as you don’t infringe trademarks.

Because you can be the official station for anything so long as you don’t infringe trademarks.

Yep genius really. Makes them sound like the official CG station without spending any of the money to actually be affiliated!

ABC 91.7 is live from Kurrawa surf club where they say they’ll be for the duration of the games.

Gold FM seems to have Adrian Johnston, Bridget Daley and Peter Spida Everitt on for the usual b’fast show. They’re talking about Broadbeach still open for business, it’s ringed with fences and looks shut off, so locals have given it a big swerve. Finished with some lame character voice of Alan Jones, wasn’t funny.

Interestingly, Mt Dunsinane located Rebel and Breeze 90.5, 92.1 have been coming up in station seeking the past few days. 89.7 4TAB has not. Why would this be?

Scott Mayman former metro radio and US radio, now heard on Radio 97 b’fast is covering the event in moderation with all usual elements seemingly on air as they normally would be. Sounds like they’ve had a few lucky wins on the secret sound, went off last Thu and then the next time they played yesterday (Tue after Easter weekend).

Hot Tom go straight to music after the 9am news and kick off the earliest of the three.

Both SEA and Gold have announcers who mangle pronunciation with ‘cere-moan-e’ for ceremony. Gold’s workday tactic is Gold FM live, music acts from the playlist playing at the casino. SEA FM have a ‘find the secret shopper, win $500’ going. The fugitive never dies it seems.

Gold Coast survey 1 2018 will be released on Thursday.

Will there be much change?

Other interesting observation, no increased local news bulletins or local shifts to cover the Comm Games on any Gold Coast station. In the wake of so many people being scared out of the city, this conservative decision seems justified, unfortunately.

Great idea for a thread. GC is such an interesting market. Particularly in northern GC they have probably the biggest selection of fortuitous FM coverage in Australia. All the GC and Brisbane FMs, River 949, Rebel and Breeze. Not to mention DAB stations from Brisbane if you’re in suburbs like Coomera.

Certainly do @Brianc68 and thanks. Huge choice once you go north of the GC Hwy where it heads west at Labrador.

If you’re in the flat, coastal suburbs, great digital reception and that of River 949, Breeze & Rebel as you mentioned.

A text message to Bern Young’s Gold Coast ABC bfast this morning after 5:30am about transmitter problem with 612 from a Coomera listener had Bern appealing for the Coomera resident to try her show in ‘crystal clear’ FM on 91.7. Such is the overlap.

Speaking of which, 612 and 1008 are strongest Brisbane signals night and day on the Gold Coast, perfect quality at Northcliffe/Isle of Capri end of Surfers. 693 is swamped at night at its newer, cheaper site (no barge fee for diesel), shacked up with BH at Tingalpa.

It would be one of the most over serviced markets with fortuitous coverage. Off top of my head, 30 non duplicated FM services, more if you include all the Mt Nardi signals of Classic FM, JJJ, News Radio, RN that are one hour ahead.

Oh yes 1008 was always great on the coast. They were like a local station back in the 80s and heavily promoted on the coast. Pity about 4KQ not reaching so well as I suspect that’s a format that would be popular there. Beats me why Radio 97 / 104 doesn’t do a full time classic hits/oldies format given the demographic particularly on the southern GC and Tweed. Off topic but the same goes for 4WK in Toowoomba now they’re on FM in the city there. Why not lure 4GR listeners off AM? Especially as they’ve flipped to generic Triple M branding up there. If they wanted to keep a talk format on there then move that across to 4AK on AM. They could even swap the call signs couldn’t they if they wanted to keep WK talk and AK music.

I agree that 2MW should breakaway from the Caralis AM network programming and go Classic Hits to take advantage of the good coverage on 104.1 on the southern Gold Coast.

And possibly on the Downs on 4WK as well as you said.

Hot Tomato has a rare vacancy for the position of an On-Air Announcer hosting a key music show: https://www.radioinfo.com.au/jobs/announcer-hot-tomato-gold-coast

Scooter (Peter Carter) or Simon Carey going and where to? 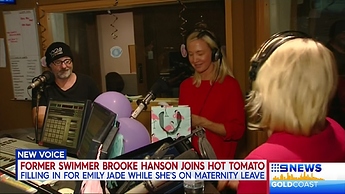 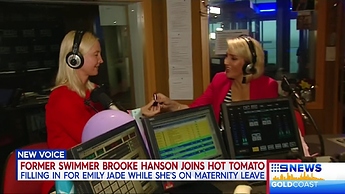 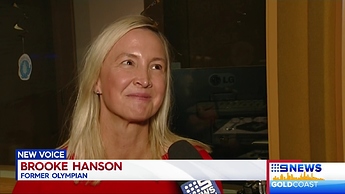 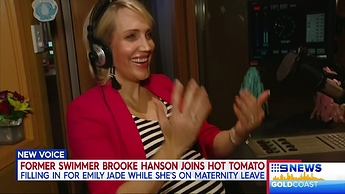 Breeze have been promoting this week that he starts Monday (which is of course next month). He seems to be already doing some voice over work.

Yes, this slipped through getting posted as does missing messages here.

Scoot decided it was time for a change but didn’t want to move markets.

8 years is a good length to be at a station.

Gold 92.5 commercial seen only on local relay stations during news break away.

The ad is a cheaply produced shocker. Bits of promo reels and who knows what else.

No mention of their local drive show, huge investment in staff.

Grab of Emma Freedman, no relevance to the station.

No voice of AJ. Following Richard Fowler’s decision, the show has struggled. AJ is the well known morning voice of Gold and has been put onto bfast, huge recognition amongst the core audience yet not a peep from him.

Poor creative direction, the world has moved on, we know there’s more than ‘one choice’. It’s dated and the preaching style would turn many off. No compelling call to action.

The demise of the Rush Hour on Brisbane’s Triple M, and its replacement with Kennedy Molloy, a Melbourne based program, has been seen by some as the further eroding of local content on the Gold Coast.

CEO of Gold Coast’s 94.1 , Gary Field, told radioinfo that local stations will be able to fill the void but that there are concerns other than the loss of local programming.