The ABC has teamed up with Netflix to produce the second season of Glitch. The first season of Glitch has started screening on Netflix this week in all territories outside Australia. I guess we’ll be seeing more co-productions like this in the future. Netflix to co-produce Glitch with ABC

Streaming giant partners with ABC for territories outside Australia.

Glitch is a paranormal saga about love, loss, and what it means to be human. The small Australian town of Yoorana overnight becomes a gothic backdrop to an epic story from the most unlikely visitors – the dead. As the Risen discover who they are and why they have returned, those around them are also faced with a disturbing new reality, challenging all the beliefs and ideals they held dear. In Season 2, the Risen unravel the mystery of how and why they are back, but their journey of reconciliation and revenge is soon disrupted by another lethal threat. 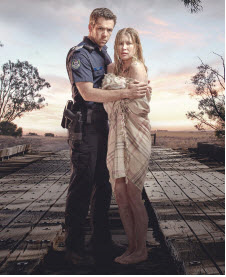 Television executives and politicians have slammed the ABC for using taxpayer funds to further Netflix’s aggressive global expansion by co-producing a TV series with the streaming giant.

It is understood the structure sees the taxpayer fund around 60 per cent of the production costs, via the ABC and Film Victoria, and this could be higher if applicable rebates are included.

Netflix funds about 15 per cent in exchange for global subscription video-on-demand rights.

ABC is pleased to announce that filming is underway in Melbourne on the highly anticipated second season of the award-winning paranormal drama Glitch.

First screened in 2015, Glitch unraveled the mystery of seven people who had inexplicably returned from the dead.

The series garnered outstanding drama awards at the Logies and AACTAs and attracted a legion of fans who binged it on ABC iview.

With continuing twists and surprises, Glitch creators, Louise Fox and Tony Ayres aren’t giving too much away.

“We can’t wait for our audience to see where the story goes. We want to deliver on the promise of answers and keep the thrills and spills coming,” said series creator and show runner Louise Fox.

“We left our audience with so many questions at the end of the first series. Season 2 is our chance to answer some of these questions, whilst further exploring the confusing, messy and joyous miracle of being given a second chance at life,” said Tony Ayres, series creator, Matchbox Pictures.

ABC Head of Scripted Production Sally Riley said: “Glitch really broke the mould for ABC drama when audiences flocked to binge watch this fantastic paranormal mystery on iview. In 2017 we are going to shock, surprise and thrill fans, both returning and new, with what we have in store for Season 2.”

Glitch will film on location in Melbourne and regional Victoria until the end of March and will premiere on ABC and ABC iview later in the year. 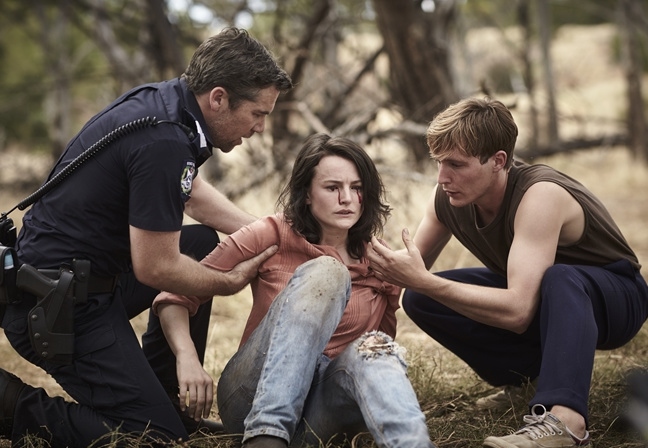 September at 8.30pm with all episodes stacked and available to binge watch on ABC iview. When it first premiered in 2015, Glitch broke the mold and garnered fans around the country, who became immersed in the story of the Risen - the seven people who returned from the dead in perfect health. With no memory of their identities, disbelief soon gave way to a determination to discover who they are and what happened to them.

Featuring a stellar cast including: Patrick Brammall, Emma Booth, Emily Barclay, Rodger Corser, Genevieve O’Reilly, Sean Keenan, Rob Collins and Hannah Monson, Glitch is an epic paranormal saga about love, loss and what it means to be human, and the dark secrets that lie beneath our country’s history.

Season two picks up with James (Patrick Brammall), dealing with his recovering wife, Sarah (Emily Barclay) and a new-born baby daughter. He continues to be committed to helping the remaining Risen unravel the mystery of how and why they have returned and shares with them his discovery that Doctor Elishia Mackeller (Genevieve O’Reilly), now missing, died and came back to life four years ago and has been withholding many secrets from the beginning.

Meanwhile on the run and desperate, John Doe (Rodger Corser) crosses paths with the mysterious Nicola Heysen (Pernilla August) head of Noregard Pharmaceuticals. Sharing explosive information with him, she convinces him that that the only way to discover answers to his questions is to offer himself up for testing inside their facility. But when he finally enters the lab, the experiments quickly turn brutal.

Unbeknown to the Risen, a new and lethal threat has arrived unannounced in Yoorana, and with the boundary shrinking, the noose is tightening. And with deeper memories returning and the mysteries of their lives and deaths being revealed, the Risen are desperate to hang on to this second chance at life at all costs. But how long do they have?

It’s been a while since season 1 but looking forward to this.

Interesting to see how many Australian actors are appearing in Glitch that are also in other series. Sean Keenan who will also appear in Wake in Fright, Rodger Corser in Doctor Doctor, Emily Barclay in Please Like Me and Rob Collins who was just in Cleverman and will soon appear in Wrong Girl. Not sure when Upper Middle Bogan with Patrick Brammall will be back.

It’s a bit weird when you’re watching the same actor in two series when they screen at the same time. Like Rodger Corser right now seen in two.

As most of you know,the numbers for this season of Glitch haven’t been very good. However, ABC did make the full series available on iView after the first episode was broadcast. Here are the iView VPM ratings for the last 28 days:

Just finished binge watching the second season over the last few days. Really well made show and brilliant developments in the story. Good cliffhanger. I hope they give it a third season.

Any idea when it will be on Netflix along side season 1?

As I missed it all on ABC lol, again. ABC / Netflix paranormal drama has now confirmed a return for 2019.

They only have Season 1 on Netflix .

Maybe that’s because the ABC has the rights in Australia for a certain amount of time before it goes to Netflix. Both seasons would be available on Netflix outside Australia.

Season 2 was a co production between ABC & Netflix, so I assumed it would be on Netflix before ABC tbh.

But do you know when its airing on ABC then?

Filming is underway in Melbourne on Season 3 of the Logie and AACTA award-winning, ABC and Netflix paranormal drama series, Glitch.

With new characters, shocking twists, and unexpected turns, Season 3 will keep viewers on the edge of their seats for one final epic chapter.

Across six compelling episodes, we follow the Risen as they move beyond Yoorana and into the wider world. However, with the invisible boundary shattered, all the rules have now changed. They cannot escape their past or anticipate who is now pursuing them, and with an unpredictable threat looming, each will be confronted with a critical choice and a moment of truth.

ABC Head of Scripted Production Sally Riley said, “We are so proud of Glitch and storytelling risks it takes. The stellar creative team have taken the show to a whole other level and Season 3 promises to be a thrilling and hugely emotional journey for our Risen and for our audiences.”

Co-creators Tony Ayres and Louise Fox bring to an end what they created, along with the writing team of Louise Fox, Giula Sandler and Pete McTighe working at the height of their powers, and the award-winning Emma Freeman returning to direct all six episodes.

“It’s a pleasure and a privilege to complete the Glitch ride with so many of the great people who we started with. We’re thrilled to finish the story exactly the way we always wanted to,” says showrunner Louise Fox.

Filming of Glitch will take place in and around Melbourne and regional Victoria over the next 11 weeks, with the series airing on ABC in 2019. 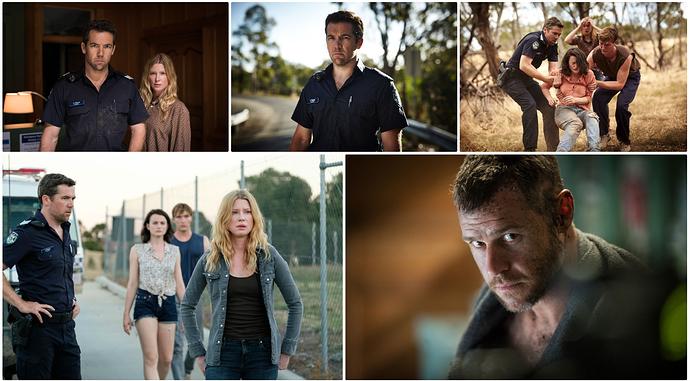 Great to see most of the cast returning and some really good new additions.

I’m just watching season one at the moment on Netflix (and then season 2), in preparation for season 3 and this show is fantastic.

So glad I didn’t watch it originally as I don’t know how I could have handled the breaks in between.