Powerful stuff, isn’t it? I’ve been watching CNN for the past 40 minutes gobsmacked by the stupidity of the State Patrol. Amazing how quickly he was released once the Governor became involved and the embarrassment became apparent.

Omar’s composure throughout the last few hours has been extraordinary. Thankfully, him and his crew have now been released

If anyone has the CBS News app, the live coverage from CBS Minnesota (WCCO) on CBSN has been an interesting watch, even if it is a little repetitive. They were doing rolling live coverage until almost 2am US Central time which is some dedication and something you wouldn’t see here very often. 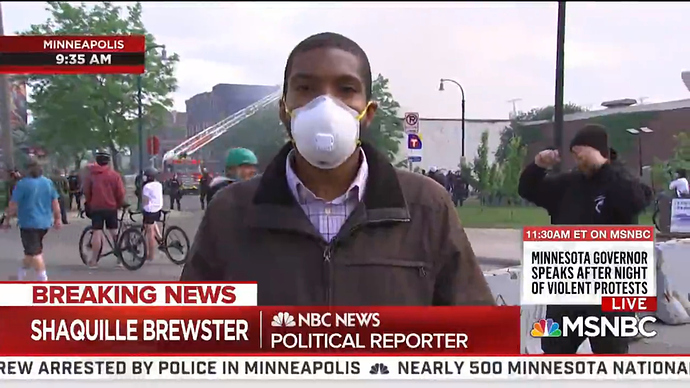 Those protests are a massive deal and there is absolute chaos on the streets there. No wonder they’re going through to 2am. 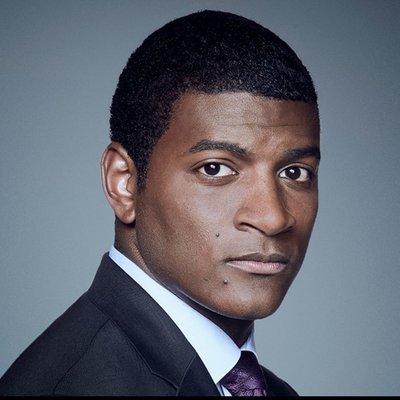 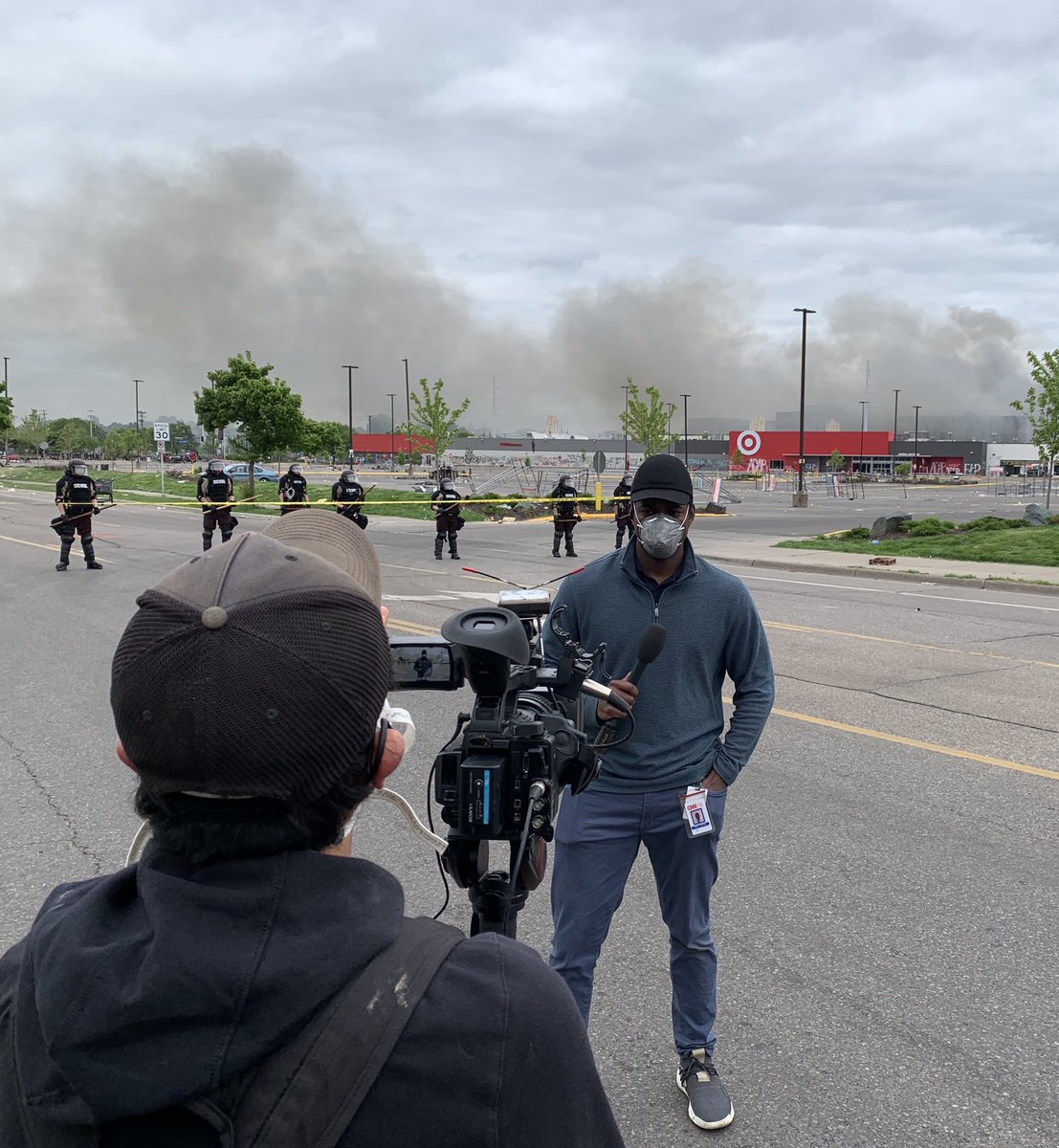 Protestors climbed atop the @CNN sign outside the network's HQ in Atlanta, CNN Center, and spray painted messages on the sign. Live pictures from WGCL: cbs46.com https://t.co/KAcqRrGWba 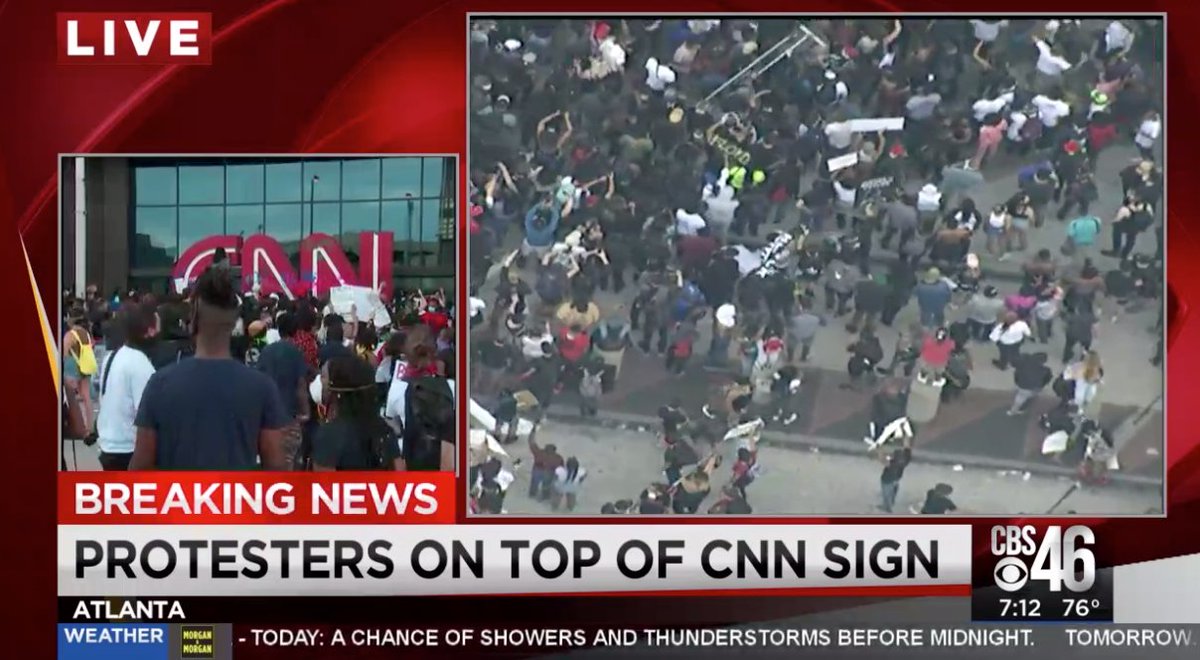 More powerful pictures on CNN right now. Protestors taking a knee with their hands up while police mobilise against them and start shooting tear gas.

Protestors throwing missiles into the foyer of CNN Centre in Atlanta even though a line of Atlanta Police with shields stand guard.

Demonstrators turning violent and breaking windows even with weapons pointed at them.

Protestors throwing missiles into the foyer of CNN Centre in Atlanta even though a line of Atlanta Police with shields stand guard.

But why are the protesters attacking the CNN building? 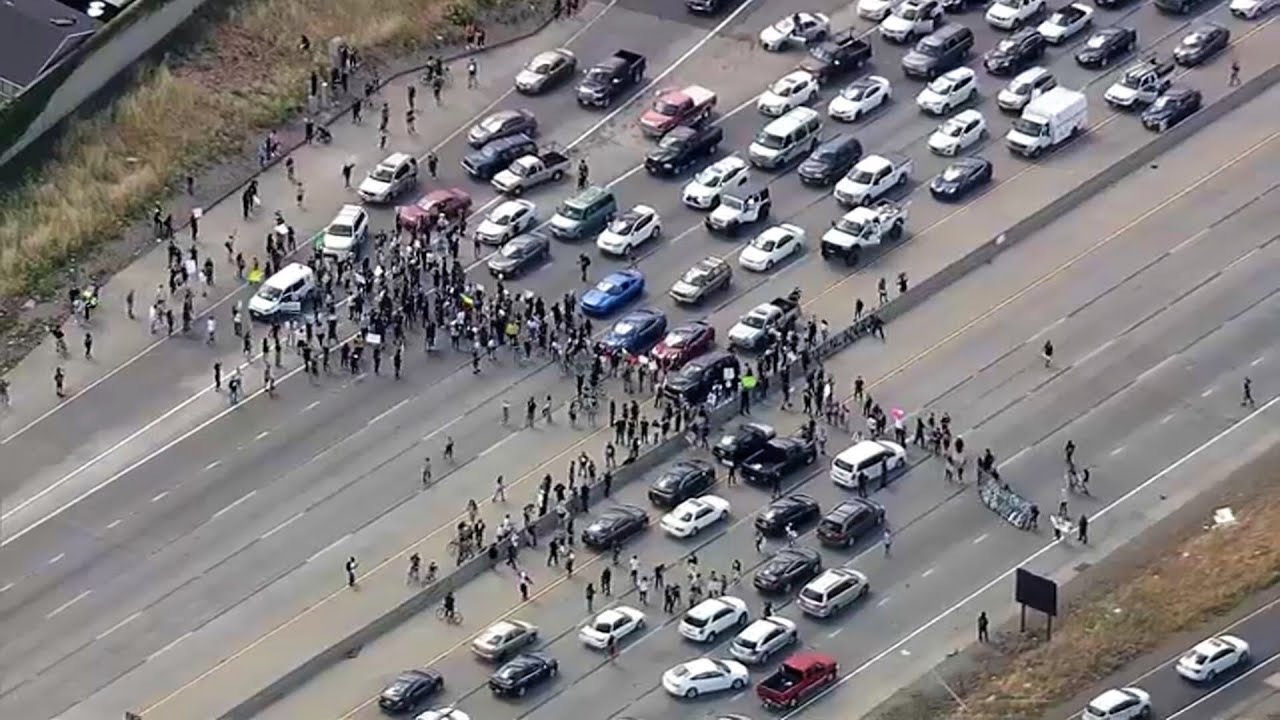 Unicorn Riot, an Independent Media group, is doing coverage in the centre of the action (Minneapolis)

The constant targeting of the media by police is very chilling.

Are there any live streams in Washington DC? Apparently it’s escalating there.

Are there any live streams in Washington DC? Apparently it’s escalating there.

CNN has been showing what is happening in Washington.

CNN International has been taking full CNN US coverage.

CNN showed some vision of protestors outside the White House grabbing a section of temporary fencing from the hands of police who were trying to hold it in place and tossing it aside.

The big three local stations in LA aren’t carrying any LIVE coverage- Haircut Night on CBS, Shark Tank on ABC and a dance show on NBC continue to air while police mobilise around the city in an attempt to keep control.