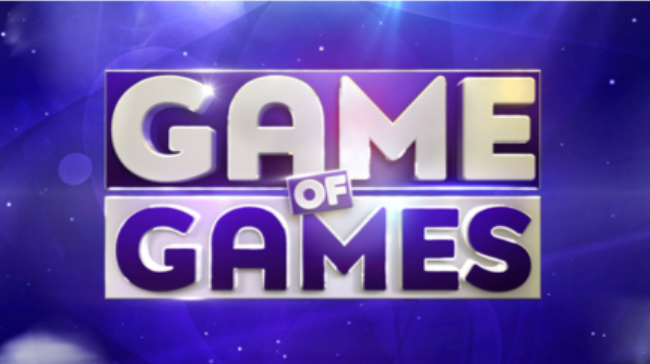 Network Ten is delighted to announce it has commissioned a big new family entertainment series, Game Of Games, which will premiere on TEN and WIN Network later this year.

An entertainment show like no other, Game Of Games is based on the hit US show of the same name. It was an out-of-the-box success when it launched in the US in January this year, attracting a weekly audience of more than eight million and ranking #1 in its timeslot in people 18 to 49.

The US series is produced by Warner Horizon Unscripted & Alternative Television in association with Telepictures and A Very Good Production, which is owned by television icon and entertainment pioneer Ellen DeGeneres, who is the host and executive producer of the show in the US.

Ms DeGeneres said: “I’m thrilled that Game Of Games is making its way to Australia on TEN.

“And I’m already thinking of ways to make it better. For instance, in the US we drop contestants into vats of mashed potatoes, but in Australia it’s gonna be 100% Vegemite.”

Each hour-long episode of Game Of Games includes supersized versions of the most popular and action-packed games from the award-winning daytime talk show The Ellen DeGeneres Show.

Contestants, who are pulled direct from the audience, have to manoeuvre massive obstacles, answer questions under crushing time pressure and face gigantic plunges into the unknown — all in a quest to win a big cash prize. The thrill of the pressure cooker situations and the instant wins will keep audiences on the edge of their seats.

Network Ten Chief Content Officer, Beverley McGarvey, said: “Game Of Games is a big new show that is light, fun and engaging. It’s a blast of great family entertainment that is perfect for the back half of the year.

WBITVP Managing Director, Michael Brooks, said: “Game Of Games is the biggest physical game show ever filmed inside a studio. It’s laugh-out-loud fun and madness from start to finish and we believe Australian audiences are going to love it.”

Game Of Games will premiere on TEN and WIN Network later this year. The host will be announced soon.

Each hour-long episode of Game Of Games

Does this mean 1 hour and 15 minutes in Australia?

Today’s Sunday Herald Sun ran a story about this, accompanied by a large photo of Ellen (presumably to trick people into thinking that she’ll be hosting the local version)

No no no, Hour long episode is correct. It will be an hour of episode with around 20-25 minutes of ads.

I was being sarcastic. The show runs for an hour in the states but knowing how our networks butcher everything they put to air they’ll make a tight hour run over time to 1 hour 15 mins.

I was also going for that joke, implying that yes an hour is correct but that will be the episode length without ads (so it will be an 90 minute timeslot)

This will air in a 7:30 timeslot along with survivor ans the bachelor franchises one would assume. Possibly Sundays.

Good on ten for bringing a new format and commissioning more content. But they need waaaay more. They need to keep announcing more shows.

Ellen's Game Of Games Is Coming To Australia

Why does that press release not contain the word irreverent?

I think it will work as a Sunday show and contrast 9’s Block Reveal Show.

I hope they get a woman to host it and not Daryl Somers or someone. So sick of seeing men host game/variety shows.

I hope this isnt the show they have planned for Grant…

Amanda Keller would be an alright host IMO

Ed Kavalee for this please!!! Or Tommy little

Neither. How about someone totally different.

Keep seeing this thread thinking its Game of Thrones.

Why? Neither Tommy Little nor Ed Kavalee are necessarily overused and both could be really good as a host of a gameshow. I’d even go so far as to say they are underutilised in their current capacity on Ten’s shows, and probably fit the bill as personalities which are “totally different”. Certainly less polarising than Grant “Dwarf Twink” Denyer.

Keep seeing this thread thinking its Game of Thrones.

You’ve just given me an idea. Perhaps they could inject elements of Game of Thrones into this format. Josh Massoud could host. He gets to slit the throats and shit down the necks of the losers.

Why? Neither Tommy Little nor Ed Kavalee are necessarily overused and both could be really good as a host of a gameshow.

Ed is seen every week on Have You Been Paying Attention and has appeared as a guest on a lot of other game shows.

Tommy is on The Project, a lot, and has hosted A League Of Their Own, Whose Line Is It Anyway? Australia & and co-hosted This Week Live. All failed to get a second season. He also appears on lots of other shows like Hughesy, We Have a Problem.