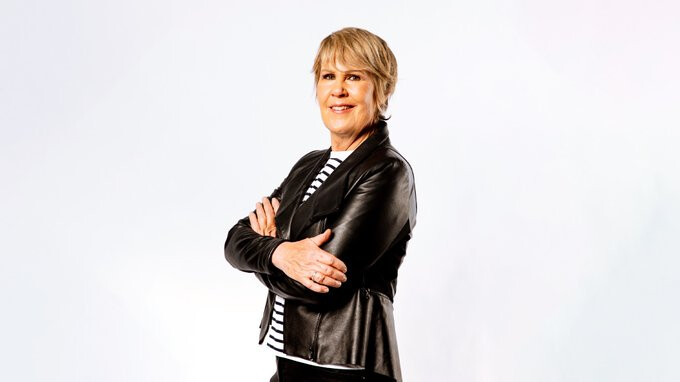 The ever-popular Fran Kelly has taken her name and literally kicked the ‘el out of it to create Frankly – a brand new chat show commencing production today and screening on Friday nights later this year on ABC TV and ABC iview.

The former RN Breakfast host has swapped her early morning radio mic for a glitzy prime-time TV studio to host her very own talk show in front of a live audience with a house rock band.

As one of the country’s leading interviewers, Fran will have frank yet fun chats with some of the biggest names and brains in Australia and from around the globe. International and home-grown actors, Aussie musicians, comedians, big thinkers and change-makers, Fran brings her warm and intelligent style to make you laugh, make you think and to thoroughly entertain.

Speaking of Frankly, Fran said “I’m so excited about this new show. Leaving RN Breakfast was bittersweet…I’m loving the sleep-ins but missing all those incredible conversations with fabulous guests from around Australia and the world. People have been asking ever since what’s next for me. Well this is it and I can’t wait. More great conversations, a live audience and my own band…what’s not to be excited about. It’s such a privilege and going to be so much fun.”

Head of ABC Entertainment Nick Hayden said, “Fran brings such a warmth and depth of intelligence we couldn’t be more excited to invite the audience in to hear her chat with the most interesting and electrifying people on the planet.”

Quite Frankly, there’ll be no better way to spend your Friday nights.

Frankly is an ABC Entertainment production.

So according to TVTonight production is underway which I assume means it isn’t live? It sounds great but a shame if it isn’t live

It looks like Frankly will replace Gardening Australia in the Friday 7.30pm timeslot later this year.

Are audience tickets available for this show?

Over the next 8 weeks Fran will be talking to the likes of Sandi Toksvig, Tim Minchin, Steph Tisdell, Richard E Grant, Dr Richard ‘Harry’ Harris and Shaun Micallef, with music from artists such Vera Blue and Jimmy Barnes. Plus, Fran will introduce a whole host of ‘big brains’ that’ll make viewers think differently about how they view the world.

The pilot episode will be filmed at ABC’s Sydney headquarters on Monday, September 26, from 5.30pm to 9pm. Register for audience tickets here

Tickets to the other eight episodes will be available from Eventbrite website via the link. 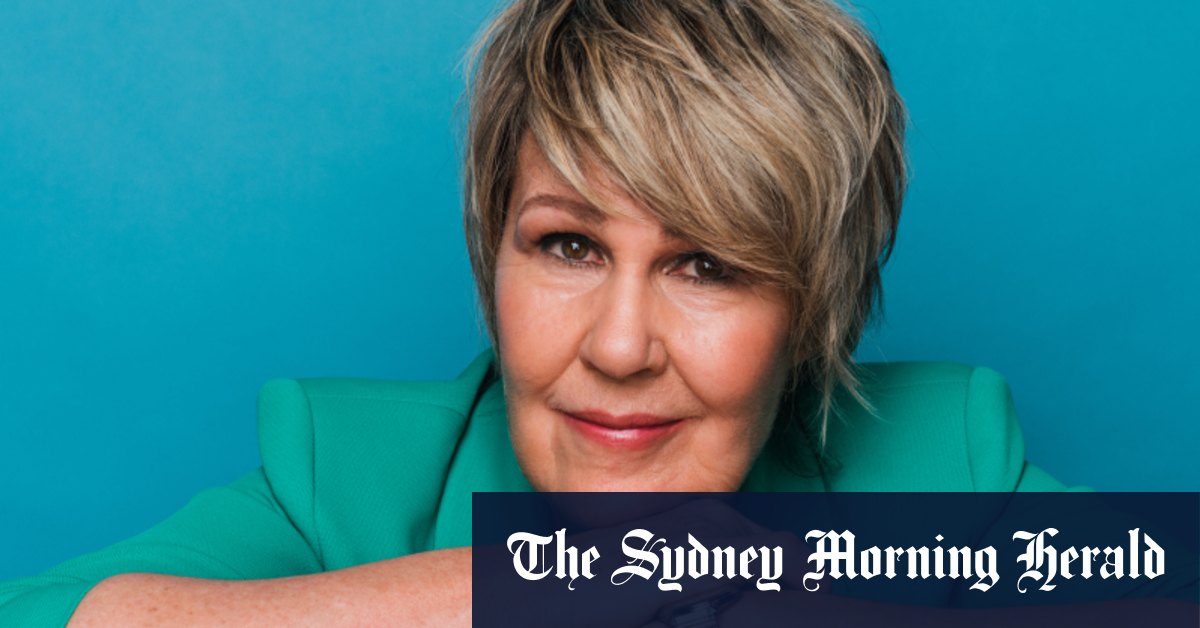 Fran Kelly’s TV project promise: ‘This is not your everyday chat show’

It’s the ABC’s first new chat show in nearly a decade, so what can Friday night audiences expect from Kelly and high-profile guests such as Adam Goodes, Tim Minchin and Magda Szubanski?

Was there no one more diverse available to host? Why is the ABC so white?

Was there no one more diverse available to host? Why is the ABC so white?

Was there no one more diverse available to host?

I think being female and of the LGBT community qualifies as diverse.

While it’s good to see the ABC do something slightly different, the implementation really comes across as unappealing and almost stereotypical.

Feels like Friday is a bizarre choice. Hardly anyone watching TV apart from those interested in lifestyle stuff or repeats/encores.

The format doesn’t sound appealing or unique enough to bring an audience to Fridays.

Guests on the first episode this Friday are Shaun Micallef, anaesthetist and Thai cave rescuer Dr Richard Harris, and astrophysicist and science communicator Kirsten Banks, with music from Charlie Collins.

Quite a dark set. 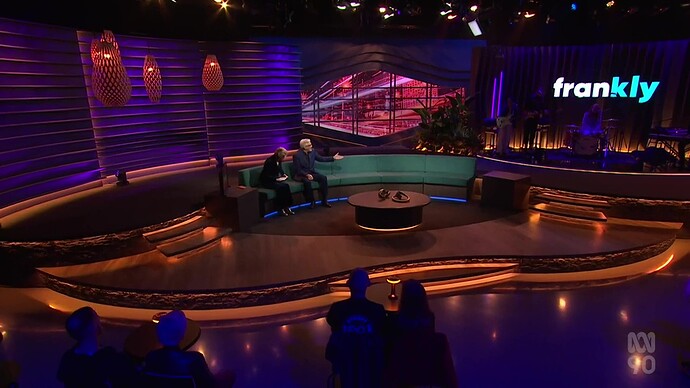 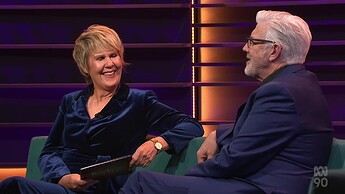 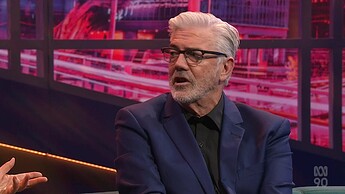 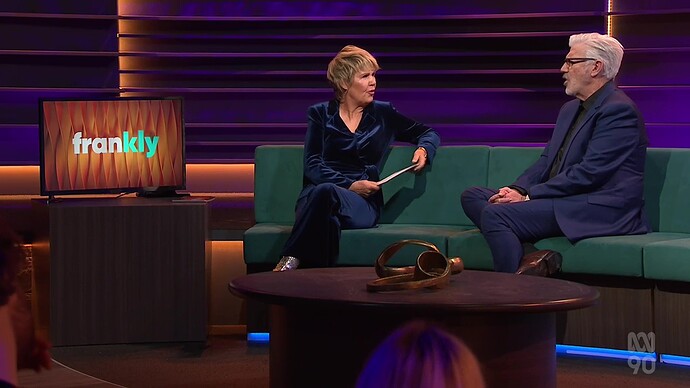 Weird seating set up. Fran looks like she’s one of the guests with Shaun rather than the host.

Hardly anyone watching TV apart from those interested in lifestyle stuff or repeats/encores.

I’d say the target demo is people who would be watching tv on a Friday night.

That said, I decided to watch given Shaun was on, and stuck around. It’s not a bad watch.

Not bad of a first episode. Simple format. Three guests, with each guest pretty much telling us what their jobs are. Not many questions asked.

Then again. its not supposed to be an in-depth interview like Denton’s Enough Rope, but more like a shortened Graham Norton Show where guests come on one-by-one, then sit together. The band didn’t really add much though.

Probably could have run for an extra 5-10 minutes more.

I forgot this was on tonight.

The lighting was terrible. The guests were so random. I’m not sure who this show is aimed at.

However, I actually thoroughly enjoyed watching this show, in this timeslot, and despite the above, will be watching next week.

While it’s currently far from perfect, I’m hoping that Frankly will be given the time to find its groove like HYBPA and The Cheap Seats.