The Story Unfolds from September 1

FOXTEL is set to shock, surprise and inspire audiences with unforgettable true stories, announcing the launch of FOX DOCOS – an all-new destination for award-winning documentaries from around the world.

Launching on September 1, FOX DOCOS will feature an unrivalled library of documentary content, bringing together the latest documentary commissions, over 600 hours of true stories from HBO and hundreds more handpicked features from the FOXTEL catalogue of award-winning content.

The new dedicated brand will showcase the most incredible and inspiring stories of achievement, tragedy, success and triumph that inform the human experience in what has become a hugely popular genre of viewing amongst Australians.

Jim Buchan, FOXTEL General Manager, Factual, said: “We know there’s a huge appetite for premium, nonfiction storytelling in Australia, and the popularity of true and unforgettable stories with audiences continues to grow. In our mission to bring world-class entertainment to the living rooms and screens of more Australians each and every day, FOX DOCOS will give our customers an unrivalled destination for brand new, highly acclaimed world class documentaries all in one place.

“Featuring a broad range of content from renowned producers, directors and distributors, including more than 600 hours a year from HBO, FOX DOCOS will have a broad audience appeal spanning all ages. From headline-grabbing scandals, celebrity biographies and artist performances to incredible sporting moments, epic travelogue series and inspiring stories of everyday people, FOX DOCOS will unfold the story and enhance audience understanding of our fascinating, ever-changing world.”

FOX DOCOS’ launch programming will be headlined by the ground-breaking documentary event from Academy Award and Emmy-winner Spike Lee, NYC Epicenters 9/11-2021½ . The four-part docuseries chronicles life, loss and survival in the city of New York over the twenty years since the September 11 attacks.

Also premiering on FOX DOCOS in September are two highly anticipated HBO documentaries: Obama: In Pursuit of a More Perfect Union , a three-part docuseries that examines the personal and political journey of President Barack Obama, as the country grapples with its racial history; and In the Same Breath , by renowned film maker Nanfu Wang, recounting the origin and spread of the novel coronavirus from the earliest days of the outbreak in Wuhan, China to its rampage across the United States.

FOX DOCOS will be home to a number landmark FOXTEL Original documentaries including Walking With Grace , following Australian of the Year Grace Tame as she leads a bush walk of self-empowerment, discovery and healing. It will also showcase the best of sports documentary storytelling featuring Swell Chasers , a surfing odyssey from award-winning Australian director Tim Bonython; Lauda , the definitive story of the great Niki Lauda, three-time F1 World Drivers’ Champion; and Tiger – the revealing look at the rise, fall and epic comeback of global icon, Tiger Woods.

FOX DOCOS will feature a range of brilliant indie documentaries such as Hollywood Bulldogs: The Rise and Falls of the Great British Stuntman ; biographies including the I AM franchise beginning with I AM Heath Ledger ; moving personal stories including Johnny Strange , Almost , Almost Famous and Jackpot! Millionaires, Winners & Lottery Curses ; and hugely popular FOXTEL Arts franchises Fake or Fortune , The Art Detectives , Landscape Artist of the Year , Portrait Artist of the Year , Stars Of The Silver Screen , The Directors and Rock Legends .

FOX DOCOS will also draw from FOXTEL’s extensive back catalogue of award-winning and much talked about documentary titles including Crazy, Not Insane , Robin Williams: Come Inside My Mind , Showbiz Kids , McMillion$ , Sherpa , Natalie Wood – What Remains Behind and Ali & Cavett: The Tale of the Tapes ; along with critically acclaimed films Tina , Whitney and Tyson among others.

Does this replace another channel they have lost recently?

I know they’re Foxtel and owned by Murdoch’s company but I think they’re going a bit too far in naming each channel Fox-something.

As multiple people on this site know, this isn’t a new thing. Case in point:

and now Fox Docos. That’s a bit too much Fox for me, guys.

That’s a bit too much Fox for me, guys.

Don’t give them ideas.

I’ve said it once and I’ll say it again, but Foxtel is so, so slow to react to popular trends. Just look at how huge documentaries have been for Netflix in particular in the last couple years.

It’s been neglected throughout its entire existance - SBS did a far better job at curating STUDIO (especially in its latter years) for them than they ever managed with Foxtel Arts.

Interesting they call it a “destination” and “brand” but never a “channel”….

I think FOX Docs would have sounded better!

Watch for Foxtel to follow Sky in the UK…

Not a bad idea really, with so many movies that are more like docos the catalog should be decent.

In the Same Breath , by renowned film maker Nanfu Wang, recounting the origin and spread of the novel coronavirus from the earliest days of the outbreak in Wuhan, China to its rampage across the United States.

IN THE SAME BREATH is a revelatory illustration of the devastating toll that resulted from official missteps at containment of the infection and the widespread phenomenon of social media misinformation, while also highlighting the strength and...

Melissa Doyle will profile Australian of the Year Grace Tame, on Foxtel. Spike Lee has fired up about his upcoming 9/11 documentary, after sparking controversy for endorsing conspiracy theorists in the series.

Sunday October 10 at 7.30pm on FOX DOCOS and On Demand

THE KINGMAKER – JOHN BRENNAN is a moving and entertaining FOXTEL Original documentary that pays tribute to a legendary figure who dominated Sydney radio for six decades. The one-hour special premieres on Sunday October 10 at 7.30pm on FOXTEL’s dedicated documentary destination, FOX DOCOS and On Demand.

He was known as the Radio Kingmaker – responsible for launching the careers of notable radio personalities Alan Jones, Mike Walsh, Ray Hadley and Stan Zemanek. Receiving an OAM in 1989, John Brennan had an impact on radio that spanned decades, with the insight to harness the power of talk back giving voice to the every man.

Narrated by Tim Webster and combining exclusive vision and interviews with media personalities past and present, THE KINGMAKER – JOHN BRENNAN is both the story of one man, and a nostalgic salute to Australian radio, and many of its talented stars.

The story is held together with extensive excerpts from an archive interview with the man himself in which he provides unique, historic and incisive observations on the many trends and upheavals that defined Sydney radio for generations of listeners, showcasing radio’s influence on Australian popular culture.

Beginning with his early days as a country radio announcer, the production follows his triumphs in programming Top 40 music and celebrity disc jockeys, talkback, rock music, and the provocative and controversial shock-jocks. What emerges is a fascinating portrait of an immensely creative and successful media executive, widely loved and respected; the man everyone knew as “Brenno”.

THE KINGMAKER – JOHN BRENNAN was produced by Graham McNeice at Shadow Productions for FOXTEL. Watch the story unfold at FOXTEL’s dedicated documentary destination, FOX DOCOS – Sunday October 10 at 7.30pm – or On Demand 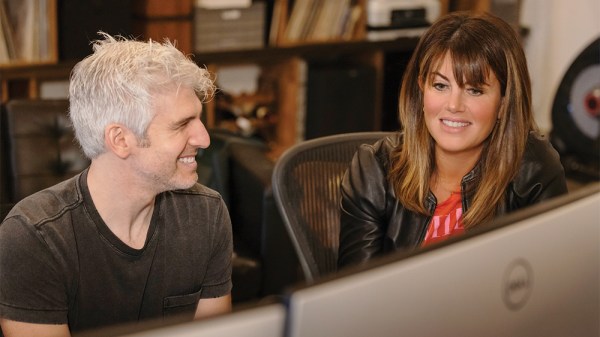 Monica Lewinsky on Exploring Public Shaming in Her New Doc and How Things...

“Ummm.” Monica Lewinsky takes a long pause. “I know this is going to sound weird. It’s a totally legitimate question. I don’t know how to answer that.” She thinks about it before finally saying: “I…

The revealing new documentary film JAGGED , which charts the explosive rise of international music icon and the biggest selling artist of the nineties, Alanis Morissette, premieres on Saturday, November 27 at 9.30pm AEDT, available to watch On Demand on FOXTEL.

Alanis Morissette burst on to the music scene in 1995 with the release of her ground-breaking album, ‘Jagged Little Pill’ and went on to become the voice of a generation through music that dealt with pain, healing and empowerment.

JAGGED, directed by Alison Klayman, takes viewers back to 1995, when a 21-year-old Morissette released her first single from the pivotal album. With a rawness and emotional honesty that resonated with millions, and despite a commercial landscape that preferred its rock stars to be male, she took radio and MTV by storm and the album went on to sell 33 million copies.

Featuring an in-depth interview with Alanis, as well as never-before-seen archival material, the 90-minute film explores her beginnings as a young Canadian pop star, the rocky path she faced navigating the male-dominated music industry and the glass ceiling she shattered on her journey to becoming the global music icon and empowered artist she is today.

JAGGED is directed by Alison Klayman, executive produced by Bill Simmons and is a Ringer Films production for HBO. The film is part of the Music Box collection, a series of documentary films highlighting pivotal moments in music history. JAGGED is exclusive in Australia to the FOXTEL Group.

JAGGED premieres on Saturday, November 27 at 9.30pm AEDT, available to watch On Demand on FOXTEL and on FOX DOCOS. The documentary joins Foxtel’s new premiere documentary destination, FOX DOCOS, which launched in September and features an unrivalled library of award-winning documentary content from around the world.

From the makers of smash-hit documentaries TIGER KING and 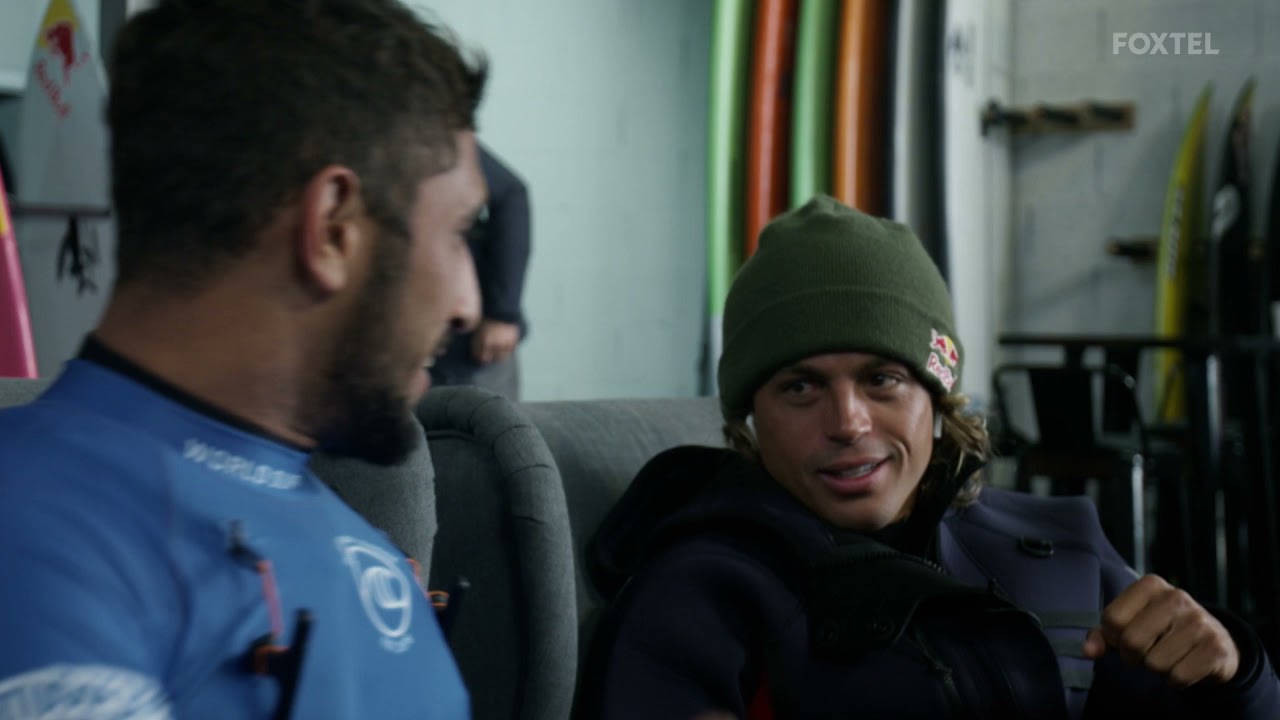 Over the course of the series, 100 FOOT WAVE interweaves the transformative story of the seaside village with the ongoing search for the tallest wave on the planet by McNamara, his wife Nicole, CJ Macias, Andrew “Cotty” Cotton, Justine Dupont and several big-wave surfers from around the globe, as they push themselves through life-altering injuries and tantalizing near-misses in their collective pursuit of the inconceivable.

Spanning four continents, it is the inspirational story of a group of people on a quest to achieve new heights, and a town and a sport that were forever changed by one seemingly impossible dream.

The docuseries has been renewed for a second season, which will continue to follow Garrett and Nicole McNamara and others profiled in the first season, as they get closer to making their dream a reality, while introducing new big wave surfers who join the communal pursuit to conquer a 100-foot wave in Nazaré.

This instalment is the third and final part of an epic documentary trilogy that has spanned over thirty years.