Ever since I posted my dream TV network lineup back in 2018 of Four TV, I now wanted to expand this idea further for a fifth FICTIONAL commercial TV network in Australia. Here is the list of the TV channels and a quick explanation. More details will come further! 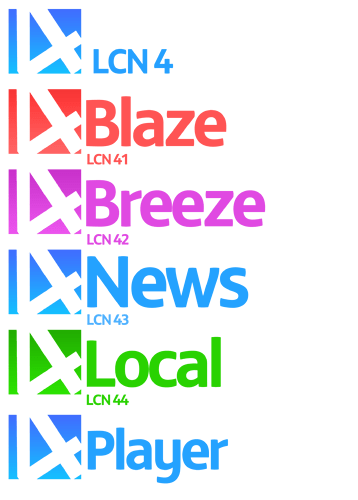 41775×2475 143 KB
4
The flagship TV channel with news, entertainment, and sports.
4 Blaze (LCN41)
4 Blaze is energized and supercharged. Home of the freshest entertainment programming for the 16-39 demographic.
4 Breeze (LCN42)
4 Breeze is the home of lifestyle and reality programming.
4 News (LCN43)
4 News is a 24-hour news channel that focuses more on the news, and less on the opinions.
4 Local (LCN44)
4 Local brings you the best of your area, continuing the legacy of the best in community television. The station in local markets will be named as “4 Sydney”, “4 Melbourne”, and “4 Perth”
Lineups to come soon for the different multichannels, this is just a quick sneak peak.
12 Likes
2021: The Year in Review
Aurora September 19, 2021, 11:36am #2

The logo first (briefly) reminded me of Foxtel.

I like the choice of names for the multi-channels (Blaze and Breeze), reminds me of LifeStyle Home and 9Turbo for example) I feel they fit the vibe well, energetic for the first, and tranquil for the other.

The 4 Player name may give a giggle for some, but it’s straight to the point in terms of providing a viewing service for 4 content.

4 Local has a nice community vibe about it too. looking forward to seeing more of this project!

Good to finally see an Australian Mock TV Network, the only one of which was VIC Television!

Thanks for the kind words, everyone! Decided to make an overarching style for the 4 channels - same style for each channel. 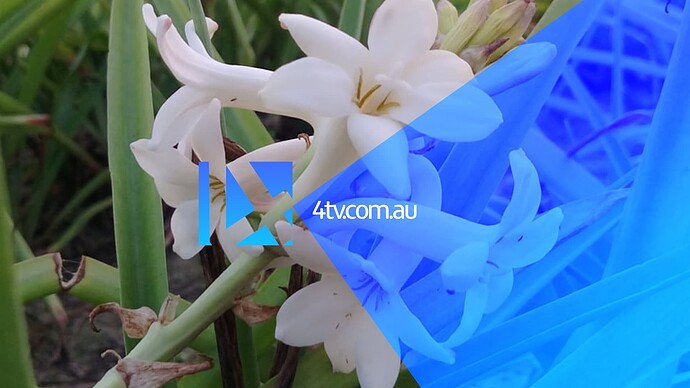 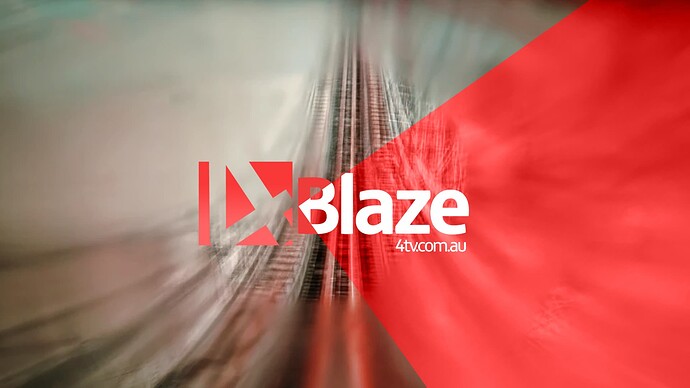 421920×1080 74.8 KB
4 Blaze’s identity is adrenalin - skydiving, rollercoaster rides, an identity to fit the supercharged pace of the channel. 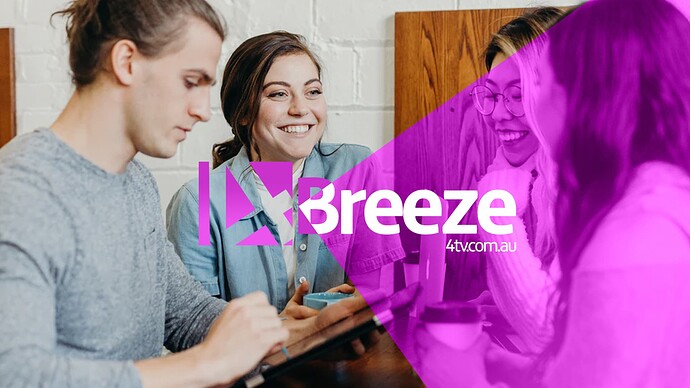 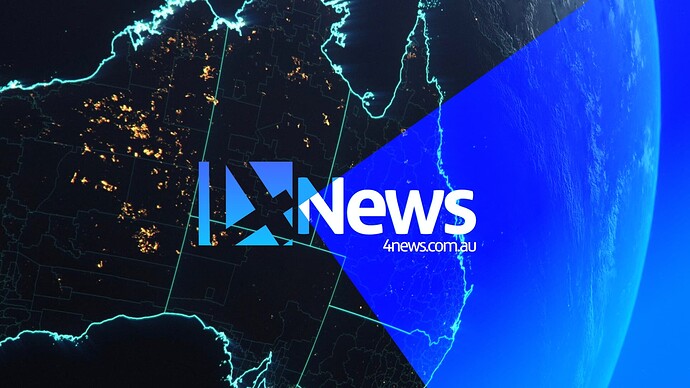 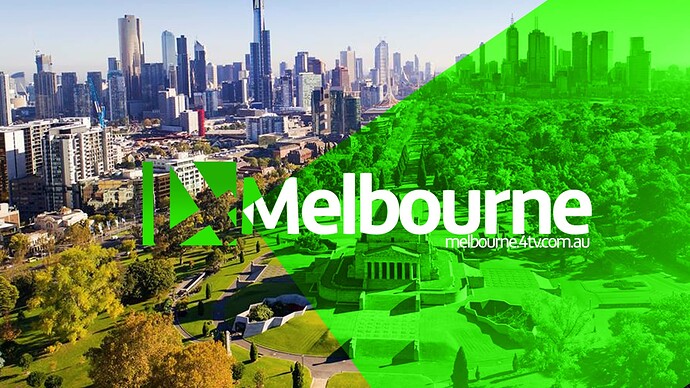 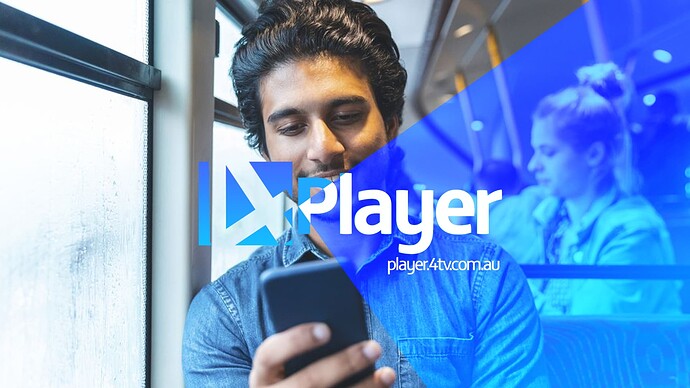 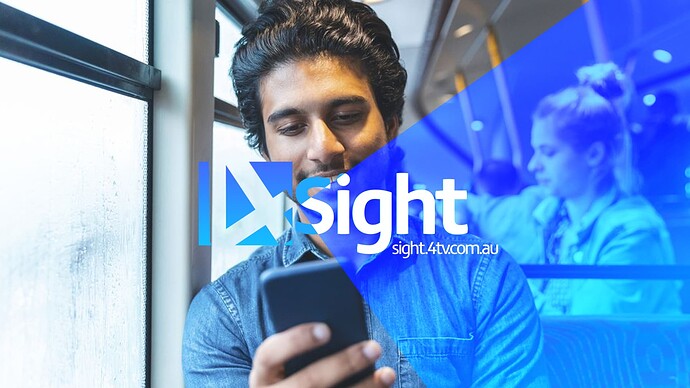 (by the way, a quick thanks to @PaddyTePou, and his PTV mock for the inspiration for me to expand on 4!)

Thanks for the kind words, everyone! Decided to make an overarching style for the 4 channels - same style for each channel.

I like the ident style you’ve gone for which mimics the style of the expanded rotated ‘4’ in a segmented box, though I would suggest to adjust the kerning/spacing of the letters for the domains a little bit just so they aren’t too close together, as that would cause visibility issues on smaller screens.

Also, did you notice for sub-brands that start with the letter “P”, it looks kind of like a arrow?

4HD1920×405 65.6 KB
Four’s broadcast technology will be an Australian first - High definition for not only the main channel, but for all the Four multichannels too!

Yes, people with older MPEG2 equipment will need to upgrade to new equipment, but it will be worth it for the best viewing experience for the public. 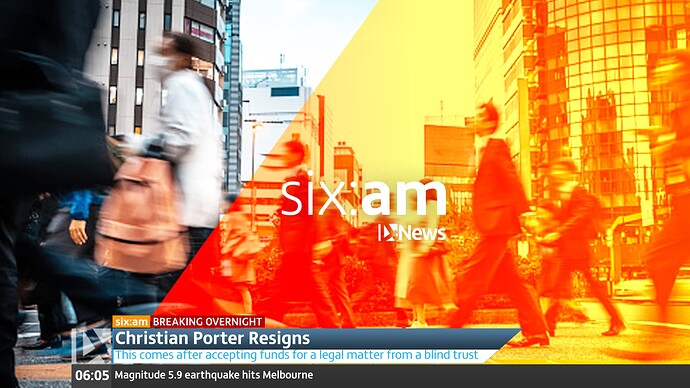 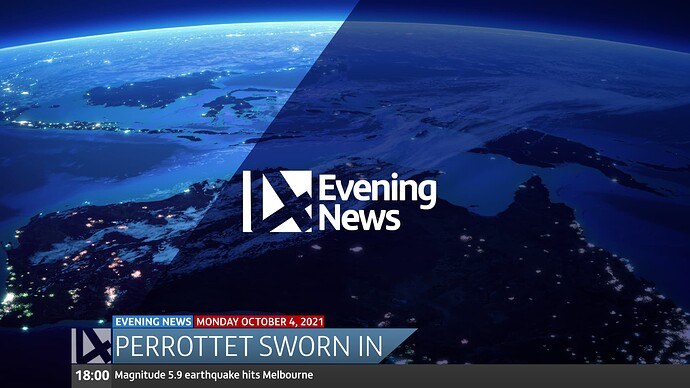 Safe zones? Other than that they look great!

@MichaelPower Say, have you got any plans for Four Australia?

I’m getting schedules all written up, the main channel’s schedule is almost done, still working on the multichannel schedules - however as a little sneak peak, the flagship reality series on Four will be The Circle 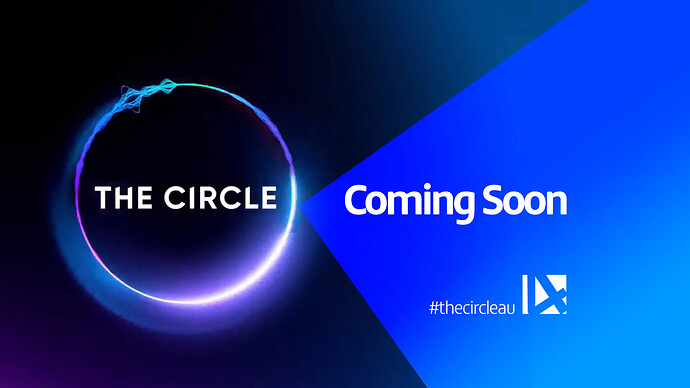 I’m getting schedules all written up, the main channel’s schedule is almost done, still working on the multichannel schedules…

An hour focusing on heavy news and analysis.

A team of three complete strangers attempts to answer up to 15 questions over the course of five rounds and accumulate as much money in a prize pot as possible. In the first four rounds, each question is either multiple-choice with one correct answer to be chosen from three options, or a list of three items to be placed in a specified order. The fifth round has a single question with three answer options, more than one of which may be correct, and the team must select all correct answers in order to win the money.

In this lighthearted and strategic competition series, the players must choose whether to be themselves or other people – all while chasing a cash prize.

What happens when dating meets dancing? Watch professional dancers and rookie non-dancers compete to find their perfect partner both on and off the dance floor.

Using hidden cameras, WWYD observes and comments on how ordinary people behave when they are confronted with dilemmas that require them either to take action or to walk by and mind their own business. Various scenarios are created that force people to make split-second – and often surprising – decisions, and variations of the situation (such as changing the genders, races or clothing of the people involved) are often featured to see if different reactions are elicited. – based on ABC US version

Generally the same as Saturday but with the following differences:

Every week, we have a look at an Australian’s cooking – showcasing local talents and dishes.

@MichaelPower Pretty good, but what about the presenters for Four’s news and current affairs output? It doesn’t have to be real, but, in real life, there are presenters and reporters from the ABC, SBS, the three commercial networks (Channels 7, 9 & 10) and the regional networks (Prime7/GWN7, NBN, WIN etc).

Due to the fact that Australia has more than one time zone, Four’s news and current affairs programmes (Six:AM, Breakfast, This Morning, Four Afternoon News, Four Evening News and Four Late News) may not broadcast live to the entire nation. From my point of view, each programme will broadcast in three separate ‘time zone specific’ editions:

I apologise to you for being off-topic, but this is only a suggestion.

Thanks for the feedback! More information about Four News and Current Affairs will be posted in the very near future.

I like the focus of news during the day!

there are presenters and reporters from the ABC and the three commercial networks (Channels 7, 9 & 10)

SBS not good enough to make it to a mock network?