First Dates coming to Channel Seven in 2016.
First Dates: Who will find love?

In Channel Seven’s new fly-on-the-wall dating show real people go on blind dates in a restaurant with a unique twist.

(20 December 2015) There’s someone out there for everyone, and when the First Dates restaurant sets the table, hopeful singles from across the country will have a chance of meeting their dream partner.

Our daters have been brought together according to their likes and dislikes by First Dates’ team of matchmakers. They’ve turned their backs on online dating in the hope of meeting someone special face-toface, and they’ll meet their potential love match for the very first time in the restaurant.

Cameras controlled remotely record the date from start to finish – from first impressions, through all the awkward, heart-warming and funny moments, to the end of the meal and the discussion about whether or not a second date is on the cards.

For some pairings, it’ll be their first and last date. For others, it might just be the beginning of a lifelong relationship. What happens next is up to them!

First Dates allows us to observe human behaviour in its purest form. This is a series about people’s lives, their stories, the diversity of a country – these factors are played out through the prism of dating and the universal feeling of wanting to love and be loved.

The series is warm, kind and generous, and served with a good dollop of humour.

I’m actually looking forward to this. I’m hoping it’s going to be a humble lighthearted dating show. I’m hoping. It might end up being an obnoxious light-show. We shall see what we shall see.

As long as it’s just one night a week!

Oh geez, yet another dating show?

With The Bachelor, The Bachelorette, The Farmer Wants A Wife, Kiss Bang Love, this show and any others I’ve missed, there certainly won’t be a shortage of this genre on our screens in 2016!

Married at first sight seems to be one of the first things that come to mind when reading the press release. Is this channel seven’s hotplate?

You can say the same thing about the other genres also (cooking, renovating shows etc.). The networks basically copy each other.

Personally, I hope it bombs. We need less of this sort of shit on TV, not more!

New promo aired on 7mate in Perth tonight during the tennis, saying it premieres next month.

Sam Mac will narrate the show

Isn’t he a Ten hack? Surely Seven has someone on their own books they can use.

Sam Mac will narrate the show

Isn’t he a Ten hack? Surely Seven has someone on their own books they can use.

Been doing stuff on Sunrise for a couple of months now

Been doing stuff on Sunrise for a couple of months now

Fair enough. Good on him

He presented a story on tennis this morning on Sunrise.

The show has been going about 10 minutes and I have to say I am really enjoying it. I’ve laughed out loud a couple of times and can feel myself cringing with some of the dates. I’m surprised. This is better than I expected so far at least.

It has that sort of Gogglebox feel to it. Watching natural reactions and laughing at and along to them. Very enjoyable.

Awks is all I can say haha & poor Caterina both were so intense!! The shows not that bad tbh.

Saw a promo for season 2 tonight with the end tag “coming soon”. It could mean Seven is either rushing some new episodes to air or starting early promos for 2017. 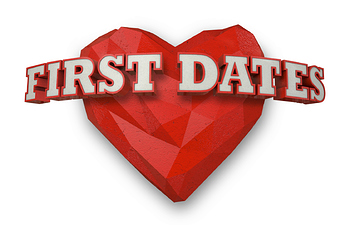 On FIRST DATES, real people go on blind dates in a restaurant with a unique twist.

They’ve come from right across the country to face the most intense night of their lives.

They’ve been matched on their likes and dislikes. Some will sizzle. Some will crash and burn. What happens next is up to them!

At the end of the night, they must decide… will they go on a second date.

It may be the end of the year but the networks are bringing out their biggest TV guns yet
“During the closing weeks of X Factor we will also be returning a new series of First Dates and new series Gold Coast Medical,” Ross added.

I feel like the dates are so manufactured now that it’s not even funny anymore. and I know most reality shows are but most of the people on these dates aren’t hopeless in love or single losers they are wannabe actors and models trying for their big break.