A new drama, thought to be in the same vein as Ten’s Offspring, currently in advanced development for Nine.

According to today’s Sunday Herald Sun, it will star Rodger Corser as a doctor who returns to his rural hometown. Rodger starred in two ABC dramas last year, Glitch and The Beautiful Lie.

He’s currently starring in The Doctor Blake Mysteries. Actually the premise of this show (doctor returns to his rural hometown) sounds suspiciously the same as the premise for Doctor Blake.

DOCTOR DOCTOR follows Hugh Knight (Corser from Underbelly, Rush, Puberty Blues), a rising star in the heart surgery ranks. He is gifted, charming, infallible, a hedonist who – due to his sheer talent – believes he can live outside the rules. But his “work hard, play harder” philosophy is about to come back and bite him. Hard.

In a joint statement, Nine’s Heads of Drama, Jo Rooney and Andy Ryan, said: “We are delighted to join forces with Essential Media & Entertainment on this irreverent new family drama series. With its stellar cast and beautiful rural setting, Doctor Doctor is a breath of fresh air and further proof of Nine’s commitment to Australian content."

DOCTOR DOCTOR is proceeding with the assistance of Screen Australia and Screen NSW.

The Telegraph says Nine is so proud of this show that it is rushing it to air on Wednesday 14th September.

So it will be right up against the last few episodes of Offspring’s current season, and its possible timeslot replacement The Wrong Girl.

Massive slap in the face to House Husband viewers. They can fit Doctor Doctor in but not HH.

From Wednesday 14 September at 8.40pm

After a spectacular fall from grace, high-flying heart surgeon Dr Hugh Knight (Rodger Corser) receives a life-changing punishment from the Medical Tribunal – he is forced to work for a year as a country GP in his former home town of Whyhope.

DOCTOR DOCTOR follows Hugh’s attempt to rebuild his world in the town he has spent his whole life running away from. Now the only way to salvage his brilliant career is to work as a lowly GP in an under-resourced, small-town hospital surrounded by estranged family, former friends, crazed colleagues, oddball patients, jealous brothers and a newlywed ex-girlfriend.

Nine’s Heads of Drama, Andy Ryan and Jo Rooney, said: “Wednesday night on Nine is the new home for family drama and DOCTOR DOCTOR is appointment viewing. If laughter is the best medicine, the misadventures of Hugh and his dysfunctional family are just what the doctor ordered."

“Making DOCTOR DOCTOR has been pure joy from start to finish,” said Ian Collie, head of drama at Essential Media & Entertainment. “A hearty thanks to the Nine Network, who embraced our marvellously flawed hero from the get go, our clever and gorgeous cast, and the incredibly hard-working production and story team.”

A lot has changed since Hugh last checked into Whyhope. His mother Meryl (Tina Bursill) is a local civic leader, while father Jim (Steve Bisley) has struggled to adapt to the winds of change. His brother Matt (Ryan Johnson) has married Hugh’s former girlfriend Charlie (Nicole da Silva) and the family wheat farm is now home to a successful micro-brewery.

Hugh starts work at the Medical Clinic under the eagle eye of his supervisor Penny (Hayley McElhinney), juggling everything from tractor accidents to haemorrhoids with the help of “Dr Google”. He quickly makes an enemy of hospital administrator Ken (Charlies Wu), but finds a kindred spirit in the form of party-girl nurse Aoife (Shalom Brune-Franklin) and rekindles a childhood friendship with knockabout local Joey (Dave Eastgate).

The writers are Tony McNamara, Alice Bell, Tamara Asmar and Liz Doran, and the series is directed by Peter Salmon, Kriv Stenders and Jeremy Sims.

Why do they keep repeating the mistake of putting Aussie dramas against each other?

It was only a couple of weeks ago that Nine went early with their pitch to advertisers. Yet they somehow forgot to mention this? They announced holding over House Husbands until next year but launch a new drama? I said at the time that holding off shows until 2017 made no sense, yet launching something with only 2 weeks’ notice is all very strange. Did they decide not to throw in the towel for the rest of the year.

Pretty unfortunate scheduling too, up against another Australian drama. Do I hear a 90 minute Bachelor for 14 September?

I just saw a promo for Doctor Doctor during The Block. 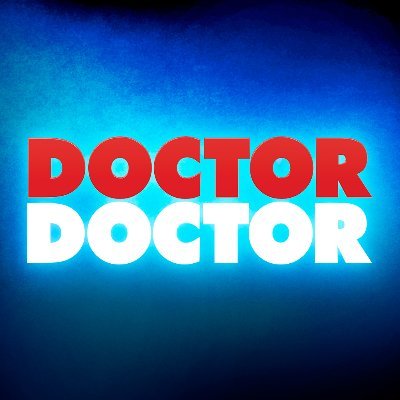 Just watched the promo myself and I have to say, I actually think it looks alright.

Though the first thing I thought was that it doesn’t look or feel like a 9 drama, seems like it would have been better suited to TEN.

Will probably give it a go, which is weird cause I haven’t said that about anything else which has aired on 9 this year

to me it looks similar to Royal Pains on USA Network… which is a fantastic, under-exposed show.

With this and Secret Daughter, Wrong Girl and Hyde & Seek, I’m going to be busy

I never wish for Australian drama to fail and I might be wrong and there might be room for two Australian dramas in the same timeslot. But I feel Nine are doing this to saturate a market and I hope its at the expense of their own show.

I hope it kills off Offspring because Offspring really needs to be euthanized.

Looks like premieres the same night as the season final of offspring.

I assume wrong girl will premiere the week after.