Interesting change. Don’t see how PQ will be affected much if they’re still SD. Hopefully they’ll use it to launch the additional metro channels into these markets.

This is a pretty cool experiment. Not only does it show that the networks are willing to work together to get rid of MPEG-2, but that the results from WIN doing the same thing earlier in the year must be positive.

I agree that this would have been a good opportunity to just make them HD instead of SD because we can see with Seven, Ten and SBS that this is where FTA is heading, but it probably would have changed the results they’re after.

No Sky regional in Tas?

SCA & WIN only have Sky News on their 10 affiliated stations and it isn’t on any 10 JV stations.

Channel 17 is showing ‘new channel launching soon’ on the EPG. No announcements yet on what the channel will be or when it’s launching.

Channel 17 is showing ‘new channel launching soon’ on the EPG.

it has been for some weeks now Channel 17 TBA

Advance Warning: little is served by a circular speculative discussion about what the channel will or wont be, or when it will launch (if it hasnt already

) If this thread starts to descend to this, it will be locked until such time that there is something to discuss or we have more information.

Think this advice from the original thread on Channel 17 might be worth highlighting here as well.

Despite this, seems the temptation was too great for some, so I’ve cleaned up some posts. The history section might be a better option for those who wish to remind us of the mid 2000s

Let’s keep it relevant to the topic, please.

A post was merged into an existing topic: Analysis of the ratings system

On the TV Tonight Lounge section someone commented that channel 17 has something called “Gecko channel coming soon”. I don’t live in a metro area so I can’t check. Does anyone know?

Has been discussed here:

Just quickly popping in to mention that on my TV here in Sydney channel 17 shows as “gecko” so maybe is going to be a nature channel or strictly Aussie content. [image]

4 posts were merged into an existing topic: Channel 17 TBA

A post was merged into an existing topic: Gecko Channel 17

This is what was happening on the 10 multiplex this morning.

Wonder when Peach will get the flick to MPEG4

Wonder when Peach will get the flick to MPEG4

It has taken over 7 years of campaigning but the UN wants change in Australia for the blind & vision impaired community. 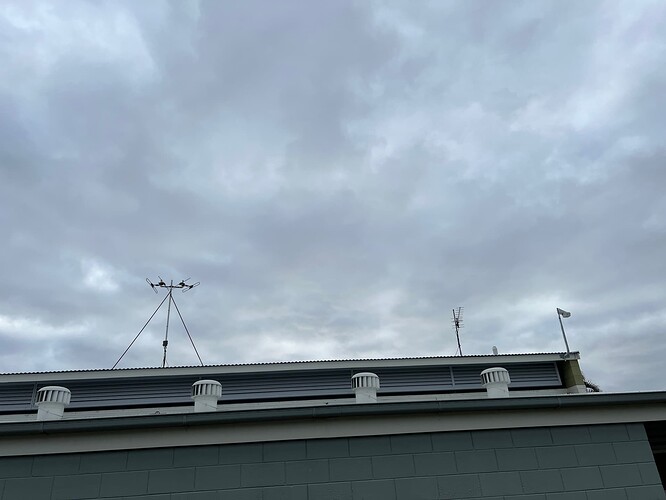 Myswitch suggests that the whole caravan park should have good to strong reception from Dulong (Nambour), so why they’re doing this is a bit of a mystery to me. I would think Brisbane could interfere with it during tropo too since the caravan park retransmit is on VHF.

Myswitch also doesn’t list the Holiday Park service at all.

I note there’s some holiday apartments within a block of it, this could be a challenge for a MS DXer to go up there and see if they can DX it from outside the caravan park! Would be interesting to see if 0.01 watt would make it that far.

I would think Brisbane could interfere with it during tropo too since the caravan park retransmit is on VHF.

It suffers massive issues with ducting in the warmer months, from the updates I have read on one of the Sunshine Coast installers website.

I would say it would be worse than the Wollongong / Newcastle CCI issues.

I am assuming it is horizontal polarity?