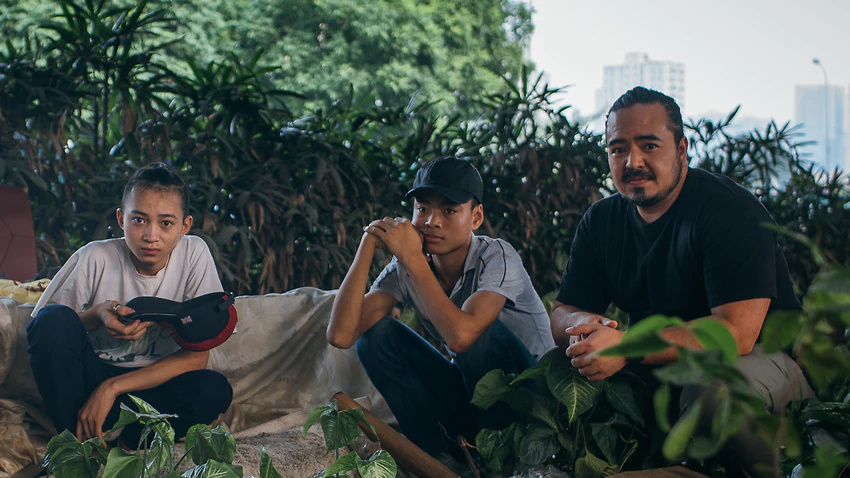 Adam Liaw reports from Vietnam to see if a love of food can help the country’s street kids and orphans find a brighter future. An Australian-run cooking school in Hanoi is training some of Vietnam’s most disadvantaged young people to become five-star chefs. But can the students Adam meets handle the heat in the kitchen? Adam also ventures into Hanoi’s underbelly to meet the “Children of the Dust”; kids living on the streets in conditions that leave him shocked.

Dateline - From Russia With No Immunity

As COVID-19 shuts borders, one Australian with MS is trying to get to Russia for a stem cell transplant, another has just had treatment and can’t get home. Dateline follows their remarkable journeys.

The show returns next Tuesday (September 1) after a two month break.

Australia’s longest-running international current affairs show, Dateline, returns to explore global issues in a way that Australians can relate to – from the ongoing impact of Agent Orange in Vietnam to the dark world of online predators in the UK. The team of next-gen journalists at The Feed will serve up their unique mix of news, investigations, interviews and satire this year.

This is a story no parent can afford to miss. During global COVID-19 lockdowns police reported a huge increase in the number of people viewing and sharing child sexual abuse images online. In the 1990s there were 10,000 such images - today there are more than 47 million[2]. Evan Williams reports from the UK where the Government has pledged to become the safest place in the world for kids to use the internet. He meets the police officers, counsellors and investigators trying to stop the proliferation of abuse material, and he meets victims and perpetrators who bravely share their stories.

A grandmother bearing the legacy of Agent Orange, has declared war on the companies that manufactured it. Watch the full story on Dateline, 9.30pm Tuesday, and on SBS On Demand. https://t.co/7Ro97z6Ou8
TV.Cynic May 10, 2021, 2:37am #7 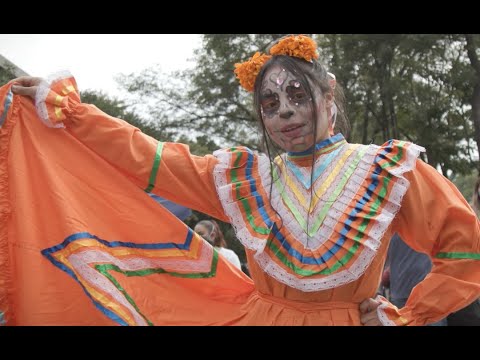 Australia’s longest-running international current affairs show SBS Dateline returns Tuesdays on 15 March at 9:30pm in 2022. The iconic factual series continues to explore global issues deepening our understanding of the world around us and giving a platform to distinctive voices that would otherwise be unseen and unheard.

The series returns on Tuesday 15 March at 9:30pm with Missing in China (a co-production with Channel 4); a story about the tens of thousands of ethnic Kazakhs caught up in China’s Muslim repression.

As Beijing welcomes the world for the Winter Olympics in February 2022, many countries including Australia, have joined a diplomatic boycott of the games citing ongoing genocide and crimes against humanity in China’s Xinjiang province. China’s systematic repression of Muslim Uyghurs has been widely reported, but Dateline exposes a brutal new chapter; China’s equally systematic campaign to detain, jail, re-educate and use as forced labour members of the region’s second biggest Muslim minority – the ethnic Kazakhs. Many have family links across the border in Kazakhstan where Dateline meets the mothers husbands and fathers trying to find their missing loved ones or get them released from detention in China. Evan Williams reports on the growing number of detention facilities and hears testimony of the incarceration without trial, the torture and sexual assault of detainees, as well as forced sterilisations and abortions on Muslim women, in what has been labelled ‘ethnic cleansing’.

Executive Producer, Georgina Davies, said : "With two years of international border closures, Australians are, more than ever, looking for connections with the rest of the world. I’m excited to bring those connections to our audiences with a new season of Dateline in 2022.

“This year, our team continues to report from the far-flung corners of the globe, bringing diverse perspectives to the stories that matter. We’ll go behind the headlines, meeting the people whose lives are impacted by global events, and we’ll shine a spotlight on the underreported issues. We want to keep Australians engaged in what goes on overseas, bringing the world into their loungerooms and onto their smartphones, through relevant and dynamic storytelling”.

Upcoming episodes of Dateline include:

Darren Mara returns to the country of his heritage to unravel a dark chapter in the history of Malta - the murder of the country’s most famous journalist Daphne Caruana Galizia, who uncovered corruption at the highest level and was killed in a car bombing. Her family’s ongoing fight for justice has brought down the PM, but the masterminds of her murder have not yet faced trial. We explore the twists and turns of this crime and find out how it plunged this Mediterranean island nation into turmoil.

Dateline meets Delhi’s tenacious street kid reporters getting the scoops that mainstream media can’t. We see the newspaper reporters of Balaknama in action - giving a voice to the kids of India’s slums. Dateline first visited this unique newspaper in 2017, now we’ve come back to see how lives have changed, and how the next generation of reporters are leading the newspaper through the global pandemic.

With soaring Australian property prices making home ownership for the younger generation near impossible, imagine a place where you can buy a house for just $1.50. Picturesque rural Italian villages are looking to rejuvenate by attracting new buyers through a 1-Euro home ownership scheme. Reporter Evan Williams road-trips across the countryside to find out ‘what’s the catch’? And is the idea a sustainable solution for towns suffering from depopulation, or could migrants be the answer?

Dateline looks at how Mexico’s cartels and a booming trade in avocadoes is threatening a natural wonder, the monarch butterfly. This environmentally crucial species migrates to Mexico each year creating a spectacular butterfly forest. Reporter Calliste Weitenberg travels to Michoacan state to find out if the butterflies can survive in a region where money wins over conservation.

Dateline airs at 9:30pm Tuesdays, preceded by Insight at 8:30pm and followed by The Feed at 10pm.