It’s time to “get down” to business with DANCE BOSS - a brand-new TV dance competition where the best workplace crews battle it out to win a cash prize of $100,000.

Inspired by viral videos shared millions of times around the world, this new shiny floor format sees 10 Australian workplaces put forward their best five amateur dancers. These dance troupes are then put through their paces by a world-famous choreographer.

In each episode, the dazzlingly costumed crews face off in spectacularly staged dance battles. They are judged and scored by three big name celebrities who will base their scores on entertainment factor alone. Eventually 10 will be whittled down to one winning troupe who will be crowned “Dance Boss Australia”

DANCE BOSS is an original format from Seven Studios.

DANCE BOSS is an original format from Seven Studios.

LOL. Totally forgot how much of a fail Dancing with the Stars is and call it ‘original’.

Except Dancing with the Stars was anything but a fail. It lasted 15 seasons. You would be hard pressed to find an Australian show that has lasted that long.

Peter Ford was reporting last night that Dannii Mingue will host the series.

Congrats to @DanniiMinogue who will host upcoming Dance Boss for Channel 7. She knows her way around a TV studio that girl!
JBar April 5, 2018, 10:22am #5 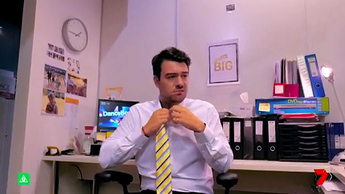 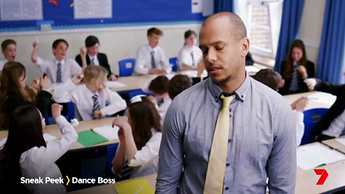 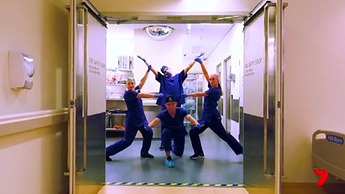 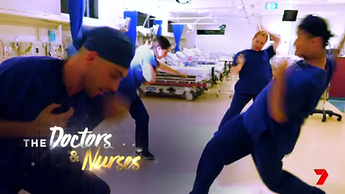 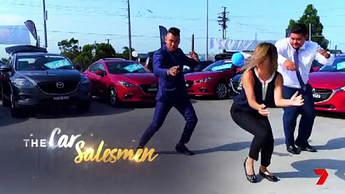 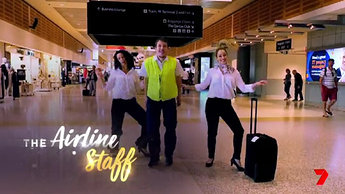 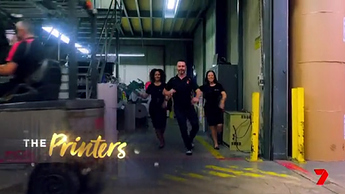 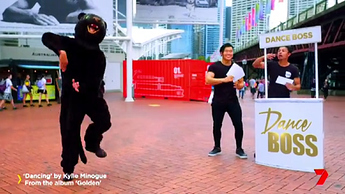 More reality rubbish as if we didn’t have enough already.

Sunday Herald Sun reports Dannii Minogue will not only be the host of Dance Boss, but also an executive producer of the show.
http://www.heraldsun.com.au/entertainment/fiona-byrne/gossip-queen-dannii-minogue-is-taking-a-lead-role-in-new-show-dance-boss/news-story/872fe02bc613a478742f8c63d188bca6

Dannii Minogue is the BOSS of the dance floor!

(Sunday, April 8, 2018) In the spotlight since the age of seven, dance has been a constant force in DANNII MINOGUE’s life. From the nostalgic early days as a team member on Young Talent Time, to her chart-topping days as one of Australia’s biggest female music exports, strutting her stuff is in her DNA.

Now as host of Channel Seven’s DANCE BOSS - a brand-new dance competition guaranteed to put a smile on your face, where teams of workers from the same workplace or profession dance-off to win a cash prize of $100,000 – Dannii’s about to help others realise their performance dreams.

“Dancing is about expression, freedom and having fun. And when you add in a little competition, some costumes, a shiny stage and a whole lot of sass, it’s on!” says Dannii who will also serve as one of the program’s executive producers.

“These crews are going to dance like nobody is watching – with all of Australia watching!” It’s no secret that I love to dance, I can’t wait to see what Australia will bring to the dancefloor.”

Dannii will be joined on the program by two yet-to-be announced celebrity judges and a resident DJ.

Angus Ross, Channel Seven’s Director of Programming says: “We’re delighted to have Dannii leading this project. Her global success and skill as a performer, matched with her warmth and empathy as a mentor, makes her a natural fit for this role.”

In each episode, the fabulously costumed teams face-off in spectacularly staged dance battles. They are judged and scored on entertainment factor. Eventually 12 crews will be whittled down to one winning crew who will be crowned “Dance Boss Australia”!

Kylie Minogue’s latest single “Dancing” is used in the promo.

Hosted by Dannii Minogue, DANCE BOSS pits teams of workers from the same workplace or profession in a dance-off to win a cash prize of $100,000.

After leaving the shores of Home and Away’s Summer Bay, Sharni found international fame in the US box office smash hit Step Up 3D, the third installment of Disney’s globally successful Step Up dance film franchise. Hand-picked to join DANCE BOSS, the dancer and actor needed no persuading to leave her Hollywood digs and return home to Australia to once again make her mark on Aussie TV.

“I am beyond excited to be back on Australian soil and surrounded by the contagious spirit of dance,” says Sharni who is trained in ballet, contemporary, hip-hop, tap and acrobatics.

Joining Sharni on the judging panel are well-known entertainers Adam Garcia and Timomatic.

DANCE BOSS marks a welcome return to the judge’s chair for Adam who is keen to share his love of dance with both the competing teams and the audience at home.

“I’m really excited to be a part of this brilliant new show that celebrates the love and passion Aussies have for dance and all the different things dancing gives them. And we’re going to share that love around to everyone,” says Adam.

Adam danced his way across Australia as a member of the ground-breaking Hot Shoe Shuffle which was the first Australian musical to go to London’s West End, taking Adam with it. He then established himself as a London theatre star garnering two Olivier Award nominations before returning to Australia to star in the Tap Dogs movie Bootmen. Adam then came to international attention thanks to his eye-catching performance in the romantic comedy Coyote Ugly.

Adam returned to his dance roots in 2009 as a judge for four seasons of the UK’s dance competition series, Got to Dance. In 2013, he returned to Australia as one of the judges of the Seven hit series, Dancing with the Stars.

A chart-topper with singles including Parachute and Set It Off, Timomatic says he is looking forward to sharing his experience and advice with the DANCE BOSS teams.

“I got my first break on a show a bit like this, so I know exactly what these teams will be going through,” says the performer who earned the nickname Timomatic in his teens thanks to his hip-hop dance skills.

The judges will also be joined on stage by DANCE BOSS’ very own resident DJ, Aria nominated and multi-platinum artist, Sketch, aka Matt Coleman, one half of DJ duo Bombs Away.

In each DANCE BOSS episode, fabulously costumed teams will face-off in spectacularly staged dance battles. They are judged and scored on entertainment factor by the star judges. Eventually 12 crews will be whittled down to one winning crew who will be crowned “Dance Boss Australia”!

According to Dance Boss box office website (run by That’s the Ticket which also coordinates tickets for The Voice), the show will be recorded at Fox Studios in Sydney on the following nights.
Thursday May 10
Tuesday May 15
Thursday May 24
Tuesday May 29
Sunday June 3

I reckon the show will take over the 7.30pm timeslot once House Rules finishes.

It’s the dance battle of the year! @DanceBossAU with @DanniiMinogue is the new sensation set to rock the nation. Which occupation will win over our #DanceBoss judges @sharnivinson, @ThatAdamGarcia and @timomaticmusic? Let the battles begin. Soon on 7 💃🕺🏽🔥 https://t.co/UkrFEIqXDH
ryan1890 May 30, 2018, 11:00pm #16

It looks good. I suspect the Seven audience will latch onto it and enjoy.

If they wanted a dance format surely reviving DWTS is far better than this?

Ordinary people with extraordinary/surprising talent always plays well. But yes, I do think DWTS should be revived considering the lack of depth in Seven’s back half schedule.

Seven did that with kids last year and it eventually bombed. This only seems marginally better but I think we can all agree that it probably won’t fill Seven’s woes later this year (only DWTS and X Factor used to do well).