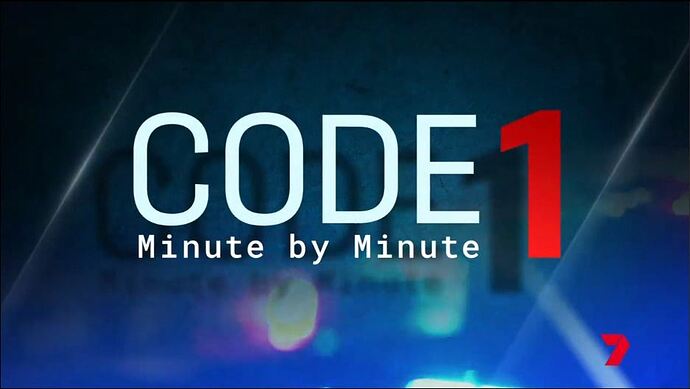 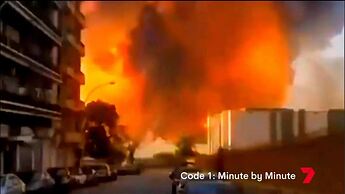 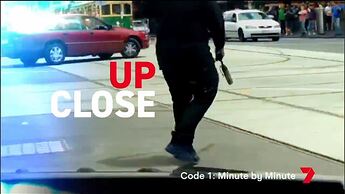 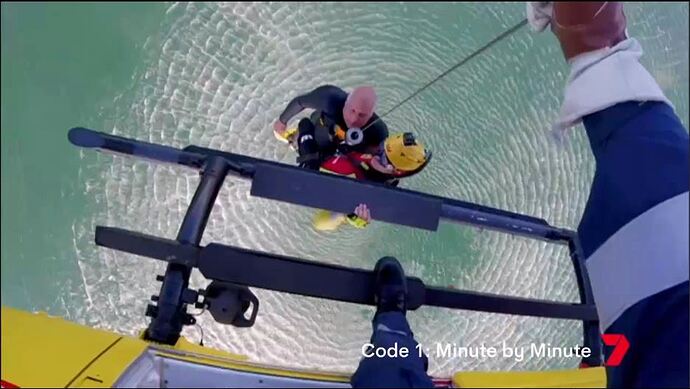 For the first time, the stories of some of the most horrific events that are burned into Australia’s memory are told in forensic detail by the brave first responders who were first on scene. Each episode breaks down the weeks, the days, the hours, the moments and seconds leading to the event that made news headlines around the country. Code 1: Minute by Minute is a WTFN production for the Seven Network.

Next week’s schedule for Seven includes a documentary Code 1: Bourke Street Mall on Wednesday 24 November at 8:30pm. Not clear if it is a one off or an earlier than expected series premiere.

Could be a sneak peek. 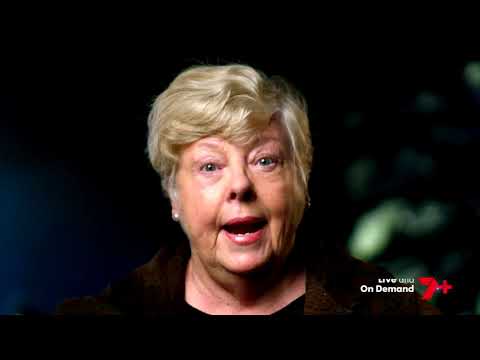 Friday, 20 January 2017 started like any other busy morning in Melbourne’s city centre, but in just 55 seconds a city was changed forever.

Six people were killed, including a three-month-old baby, and 27 seriously injured when James Gargasoulas ploughed his car through bustling Bourke Street Mall during the lunchtime rush hour, committing one of Australia’s worst mass murders.

Next Wednesday at 8.30pm on Channel 7 and 7plus, Code 1: The Bourke Street Mall Tragedy pieces together the hours, minutes and seconds of that fateful day as told by the people who were there, including police, paramedics and firefighters.

Built on in-depth interviews, the extraordinary documentary details exactly how these people came to cross paths at that catastrophic moment in time. Some became survivors, some became victims, many were traumatised, and others became accidental heroes. Most of their stories have never been told…until now.

Like Melinda Tan, the wife of one of the victims, Matthew Si, who speaks for the very first time about the tragedy. Minutes before Matthew was run down, Melinda had enjoyed lunch with her husband and father of their 18-month-old daughter. She kissed him goodbye in Bourke Street and returned to her office, completely unaware of the terror unfolding that would change her life forever.

Through meticulous research, emotional witness statements and chilling never-before-seen vision, Code 1: The Bourke Street Mall Tragedy outlines the timeline of one of the most tragic events in Australia’s recent history.

Note: Nothing from Seven to say this is an episode of the new series, but seems pretty obvious from the description.

This and Ambulance Code Red needs to do a time slot swap. We should always have an Australian show in the prime slot over some imported crap.

Confirmed that tomorrow’s program is episode one of the new series.

Code 1: Minute by Minute breaks down the hours, minutes and seconds of the biggest and most tragic news events to ever impact Australians. People from all walks of life, forever joined by a single dreadful event. The program breaks down in forensic detail exactly how these people came to cross paths at that particular catastrophic moment in time. Some became survivors, some became victims, many were traumatised and others were accidental heroes.

So how did they all end up in harm’s way? It was a combination of many sliding door moments and fateful decisions that set them on a tragic path. Through meticulous research and in-depth interviews, we piece together the events of that fateful day.

As always, many of the true heroes were the first responders. The trained emergency services personnel including police, paramedics and firefighters. For the most part their stories have never been told…until now.

On January 20, 2017 James Gargasoulas committed one of Australia’s worst mass murders. The 26-year-old killed six people in Melbourne’s Bourke Street Mall while fleeing police including a 3-month-old baby. In 55 seconds, he seriously injured 27 people during his drug-induced psychosis. Minutes before the attack, 2 students tried to stop him with a baseball bat outside Flinders Street Station. It came after years of warnings. Gargasoulas was known to police for having a history of drug use, family violence and mental health problems.

This episode has multiple first responders from police to paramedics & witnesses. Ambulance Victoria treated over 30 people. Police sought statements from over 300 witnesses.

On January 20, 2017 James Gargasoulas was on bail. Two days before he murdered six pedestrians in Melbourne’s CBD he attacked his mother’s boyfriend and stole his maroon Holden Commodore. That evening he called triple zero warning police that a comet was in the sky and going to hit the earth. The following night Gargasoulas tried to murder his brother by repeatedly stabbing him in the head and chest. He fled before police could apprehend him.

While still searching for Gargasoulas, police received a triple zero call from a builder concerned about a man sitting in a maroon Commodore out front of his work site. The man was warning him about the impending end of the world.

Police would follow the maroon Commodore from the building site to the city centre were the mass murder would take place.

In a Code 1: Minute by Minute exclusive, Melinda Tan the wife of Matthew Si speaks out for the very first time about the tragedy that has torn her family’s life apart. Minutes before Matthew’s life was stolen by Gargasoulas, Melinda had enjoyed lunch with her husband of five years, the father of their 18 month old daughter. She kissed him goodbye in Bourke Street and returned to her office, believing her architect husband had done the same. Melinda graciously thanks the strangers who desperately tried to save her husband’s life. 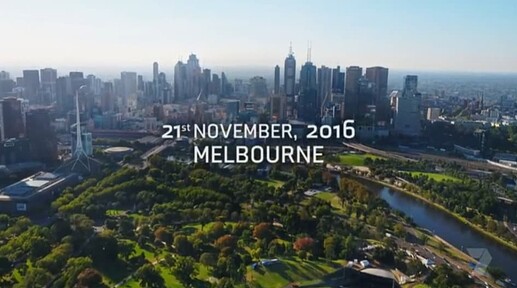 On November 21 2016 Melbourne experienced the world’s largest epidemic thunderstorm asthma event which killed 10 Australians. The storm swept up pollen from agricultural areas spreading tiny particles through the air and into the lungs of unsuspecting residents. Within an hour, thousands of calls to emergency services started flooding in.

Emergency departments were overrun with more than 14,000 people presenting with the symptoms of ‘thunderstorm asthma’. This episode has multiple ambulance first responders involved in one of the busiest and most traumatic nights of their lives, along with hospital staff.

Will it be a regular timeslot or just a filler? Seven will air the AFL match between Richmond and Melbourne on Sunday night, April 24.

Episode 4: Death in the Tunnel 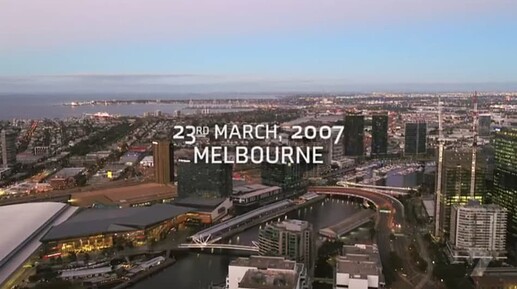 On 23 March 2007 a major collision that occurred in Melbourne’s busy Burnley Tunnel would affect ‘the psyche of the state.’ The crash involved multiple trucks and cars setting off an explosion and fire hot enough to melt cars. Three men were killed including gold medal cyclist Damian McDonald. 400 people were inside the tunnel and had to evacuate. It was absolute carnage compressed into three seconds.

This episode has multiple first responders including police, fire and ambulance officers. So horrifying was the scene, the police chaplain came to counsel officers. Motorists described a ‘huge’ wall of flames and a ‘fireball’. There were also ‘great escapes’.

I remember this serious accident. It happened during the World Swimming Championships at nearby Rod Laver Arena so attracted the interest of interstate and overseas media.
The accident led to changes in safety measures in both Domain and Burnley Tunnels.

Not much media coverage was shown - just a clip of the opening of the tunnel and then one of the accident. 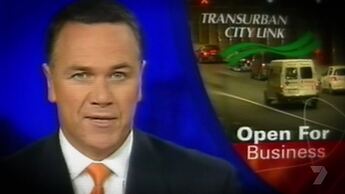 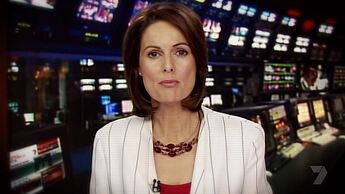 Episode 7: Horror on the Harbour 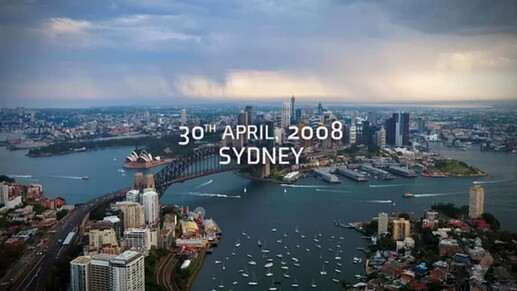 On May 1 2008 a group of friends boarded a small boat on Sydney Harbour which would change their lives forever. Six of them aged in their 20s and 30s were killed, when their boat collided with a fishing trawler in the early hours of the morning. They’d been letting off steam on a fun night out, but the driver gave control of the boat to a heavily intoxicated friend. This episode has multiple first responders from police who were first on the chaotic scene, to the many ambulance paramedics. People passing by also provided assistance and have since received bravery awards.

Why is Seven airing this in random episode order?

Because they don’t really care about it and use it as filler.

Episode numbers are just a label for the order of production. Each episode is a stand alone entity and they don’t need to be shown in any order. 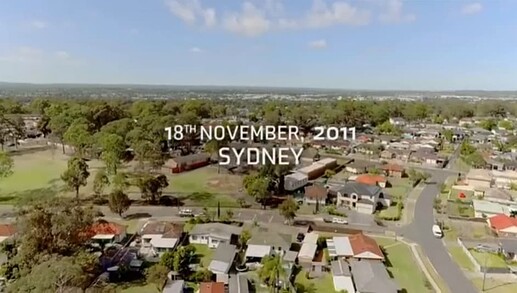 In November 2011, one of Australia’s worst mass murders happened in a quiet suburban nursing home. A drug addicted male nurse who had been caught stealing prescription drugs meant for the elderly people in his care, decided the best way to ‘destroy the evidence’ was to burn the nursing home down in the middle of the night. Frail residents were trapped, many couldn’t move because of their ailments and died in their beds. It was a shocking sight for the first responders as everyone, including neighbours, rushed to get as many of the elderly residents out before the fire engulfed the entire building. 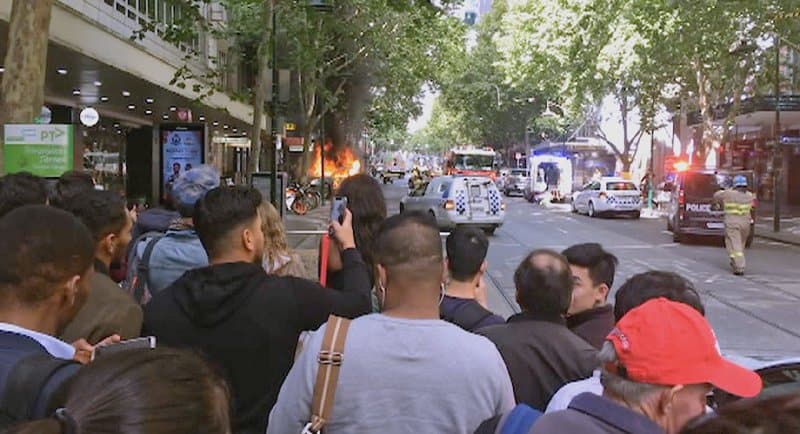 The eight-part series has now been acquired by Warner Bros. Discovery in the UK, AMC Networks International for Spain and Portugal, SBS in Belgium and TVNZ.

Produced by WTFN, and with a second series already in production for delivery in Spring 2023, Code 1: Minute by Minute breaks down the hours, minutes, and seconds of the biggest and most tragic recent news events to impact Australia and profiles the people from all walks of life who will forever be connected, just for being in the wrong place at the wrong time.

That’s fantastic. I love this show, and check regularly for new episodes (and am almost always disappointed).
But are we ever getting the last three episodes of season 1? Do we even know what they’re about?