Really!? They kept that quiet (not in CBR, so wasn’t listening). I didn’t see any articles about it or anything. Why did the show end? Are they both at the station still, or have they gone elsewhere?

Courts is accompanying her husband on a posting to Norfolk Island for two years.

What does he do?

Those who’ve listened to Canberra’s Mix106.3 or Hit104.7 recently may have heard the term ‘Yuma’ being used in the news. ‘Yuma’ is the Ngunnawal word for

The comments are interesting on that article. A comment purporting to be from 2CA’s Paul Holmes is replied by supposedly Zak Davies of the ARN/SCA JV.

Would be great to hear an increase in FM news bulletin duration and depth. Especially in Canberra.

The comments are interesting on that article. A comment purporting to be from 2CA’s Paul Holmes is replied by supposedly Zak Davies of the ARN/SCA JV.

Good for Zak. He’s a kiwi, so would be very familiar with how it was done in NZ. And his response to Holmes was completely warranted.

On the same day that the 2nd Canberra radio ratings survey of the year has been released (see thread), Hit 104.7 & Mix 106.3 are looking for a new Content Director.

Canberra FM Radio is a joint venture between ARN and SCA and is home to Canberra’s Hit Music Station HIT104.7...

Interesting! I wonder where Rod Cuddihy is going?

Is Becko still at 2CA Canberra? Just looking at their website and Macka is now doing the shift which Becko was previously doing.

Regional station DJs often seem to use some sort of a nickname eg. Becko, Macka whereas metro ones don’t as much?

I wonder why that is…. do regional ones want to hide their true identity a bit more being in smaller towns? Or does it make them seem a bit more relatable to laid back country folk? Not that Canberra is “country” as such.

Chris Beckhouse has been known as Becko for a long time. It’s nothing to do with regional radio. He was known by that name even when he worked in cap city markets for over 20 years.

Question remains unanswered, is Becko there or another quick departure from Kevin’s stations?

Becko’s out of radio all together to my knowledge - wasn’t there for very long was he?

As mentioned above, Macka Dixon has moved up from XLFM MD/afternoons to take his place at 2CA as PD and daytime announcer.

Wow. All those years at Triple M then a brief stint in Canberra and that’s it? 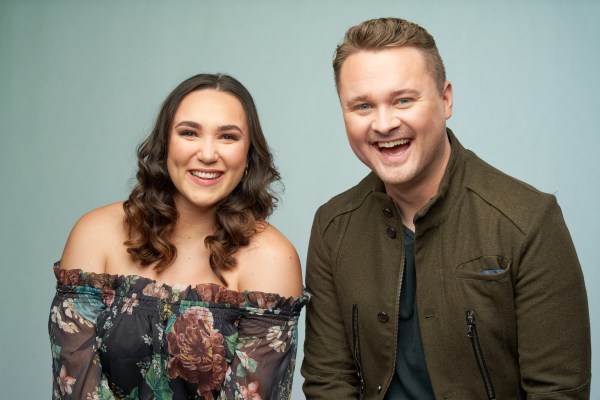 This week marks the end of the Bronte & Wilko show after the pair announced their departure from Mix106.3 during Monday’s broadcast. Both have decided to pursue other opportunities outside of the ‘Dingy dark box’…next to the sheep. It brings to...

Thanks @thesub1, I’m surprised Bronte stayed as long as she has this year. Talent lies far beyond Canberra market.

Hopefully the ARN/SCA JV continue to invest in local drive.

I wouldn’t be surprised if we see Will & Woody beam into Canberra following their departure.

It’s also surprising their is still no K&J in the ACT capital.

Im guessing because SCA runs programming for Hit and Mix, so don’t want to use ARN programming even though it’s a joint venture.

Im guessing because SCA runs programming for Hit and Mix, so don’t want to use ARN programming even though it’s a joint venture.

I wonder what the situation would be if the Canberra Radio joint venture allowed SCA to program one station and ARN the other?

I am sure the market would be much better musically.

I guess that depends on what ARN would do with Mix, if they go for more of a KIIS format and branding, or GOLD or leave as is.

If they went KIIS, SCA might then flip 104.7 to Triple M, but otherwise i reckon it would stay as Hit.

If they went KIIS, SCA might then flip 104.7 to Triple M, but otherwise i reckon it would stay as Hit.

I still find there is a bit of crossover with some of the newer music that gets played on Mix and Hit.