My apologies if this topic doesn’t belong here or has been created elsewhere.

I’m listening to the Edge tonight and about an two hours ago I heard two intern/radio school/community sounding females talking about the night ahead music-wise.

Since then it’s been pretty much wall-to-wall R&B… (plus ads) at first more rhythmic but now much more hip-hop. Occasionally the work experience person comes on… most recently with some guy with a ‘put-on, try-hard’ East LA accent.

It’s sounding good. Nice and tight and reminds me of Power 106.

Is it fair to say this is almost like an outsourced show? Ala Wild nights on River 94.9 back in the day?

Aren’t they always heavy on R&B and Hip Hop?

A lot of his music is classed R&B.

They pulled a stunt, and everyone at ARN believed them until they declared it was a joke! Are the people who listen to this station really that gullible to believe unbelievable stunts like this? I hope they are not. ARN’s The Edge 96.1 to drop its urban playlist for “nonstop Christian hits”?

Something fishy is going on here...

It’s not April Fool’s Day but.

I assure you, no one at ARN was fooled

Desperate attempt to get a mention in an industry publication.

Who is filling in?

As the article says:

Mike E (is) hosting the show with help from ‘Producer Nat’ and ‘Casual Mandy’, who will keep him in line until Emma is back.

Just wondering, I am not interested in the KIIS format Vs The The Edge 96.One, but for those fans are there a lot of overlap? I guess a comparison between WSFM & Triple M is a similar comparison of the overlap in music? Was thinking would it make sense to have it as a Classic Hits 4kq format would be “less overlap than the above” when coupled with wsfm? ie Perhaps Cruise 96.1 FM.

Just wondering, I am not interested in the KIIS format Vs The The Edge 96.One, but for those fans are there a lot of overlap?

They both play Top 50 hits, so yes there is. The difference is that The Edge plays the rap and hip hop hits which KIIS doesn’t. KIIS plays more old school music instead.

'Hype On Demand' airs weekly on The Edge.

Good to hear that Gemma Maddox (a name which I think we’re likely to hear more of in the future) is continuing to move up in the Australian radio industry. She’s certainly come a long way since her days at Max FM Taree! Marty Doyle has joined as THE EDGE as Head of Content and Andy Walsh has been appointed Head of Commercial Strategy.General Manager of THE...

I’ve got to say, I’m loving that ARN are investing more into The Edge and making into a station as strongly resourced as KIIS and Pure Gold stations, rather than just a Western Suburbs add-on. 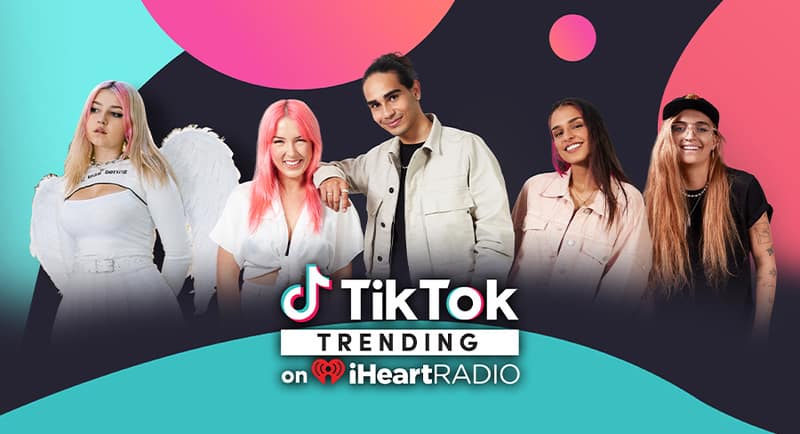 TikTok Trending and iHeartRadio expand partnership to include The Edge

Since launching in April 2021, TikTok Trending on iHeartRadio has gone from strength to strength, reaching 128k weekly listeners.

TikTok Trending and iHeartRadio expand partnership to include The Edge

Good on Corey Layton and the team for continuing this. Corey has a keen eye to the future.