Saw these Bananas lollies at Coles.

Will be interesting to see if the existing Coles Express shops will go unbranded / Shell branding only, or if Viva will start a new brand / acquire an existing brand that they also license the use of Shell servos to (e.g. Nightowl)

Or can they continue to use the Coles Express branding even if they are owned by a different company?

Viva will need to pay licensing fees to Coles if they wish to continue using the Coles Express brand on their retail shop.

However this is moot as Viva are intending to rebrand the Coles Express shops at their outlets, I’m also curious to see if the shops ust go unbranded and just become simply known as “Shell (suburb name)”, or if they use a ‘in-house’ brand for their retail division.

I assume they’d keep their Shell branding though, it would cost a fortune to rebrand completely (as we’re seeing with Caltex/Ampol).

Considering the purchasers (Viva Energy) are the owner/operators of the Shell brand in Australia, it’s unlikely they’ll rebrand it to their other petrol company (Liberty).

An ‘on the cheap’ retail rebranding away from Coles Express would just be removing references to/repainting over the Coles branding at the shop, and it either simply becomes “Shell (suburb name)”, or Viva uses a ‘in-house’ branding name for their Retail shops that we’re not aware of.

Edit: If I recall, Viva intends on keeping the Coles Discount/Flybuys system, so they may still advertise those on the Price Board (just like the Woolworths EDR Card/Discounts at Ampol)

An ‘on the cheap’ retail rebranding away from Coles Express would just be removing references to/repainting over the Coles branding at the shop, and it either simply becomes “Shell (suburb name)”, or Viva uses a ‘in-house’ branding name for their Retail shops that we’re not aware of.

Weren’t they once called a Shell Shop? It would be a good piece of alliteration if they used that name.

Weren’t they once called a Shell Shop?

Yes. Hopefully they just go back to that.

I think the larger formats were called Select (with a tick motif there somewhere?)

Edit: Found the old logo! It wasn’t a tick. 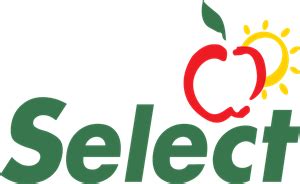 Before Shell Select, a number of Shell’s larger locations in the late 80s/early 90s were “Circle K” branded.

Oh wow. I’d love the Circle K brand to come back to Oz.

Not likely. They’d have to pay licencing fees to Circle K. If they don’t want to pay fees to Coles to use the Coles Express name, they’re not likely to pay an overseas company to use their name, plus the huge cost to rebrand.

On a related note, Shell ‘Select’ is the in-house brand of parent company Royal Dutch Shell (Shell plc) convenience arm in most countries around the world.

We’re not sure if Viva Australia are willing to pay Royal Dutch Shell (Shell brand owner) some extra $$ to reintroduce the Select brand to the retail shops.

Didn’t expect it to happen, but the Bali fanatic in me was excited for a minute.

I am 99% sure that in Queensland you need to own a pub to own a bottle shop.

Buy the pub and you can then own three bottle shops close to the pub.

I wait to be corrected!

The Harper Review in 2015 recommended that alcohol and chemists be deregulated in Australia. For example, let convenience stores and petrol stations sell alcohol. No longer require chemists to be owned by a pharmacist, this would allow supermarkets sell prescription medication - through a pharmacist employed by the supermarket. This is common in Europe and the US.

So far no deregulation of these rules has been undertaken.

As an exaggerated point, the review noted that it was only on Saudi Arabia and Australia that 7-11 stores could not sell alcohol.

Seems like it was a common thought that you eat them stacked, so much so that Arnotts felt obligated to set the record straight. I see it as a marketing fail with their packaging graphics.

Pharmacy Guild in Australia is one of the most powerful lobby groups, the rules surrounding placement / locations of pharmacies are crazy, though as we’ve seen in recent years big players like Chemist Warehouse have managed to circumnavigate them quite easily.

Coles and Woolies gave up on lobbying for in store pharmacies long ago.

As for liquor in convenience stores, the existence of RSAs would be the main hurdle, not that there isn’t plenty of independent convenience store / bottle shops out there, but most of these are generally focused more on the latter rather than the 7Eleven model.

It’s still a very odd concept of a product. Who is buying/eating these things?

Obviously more people than we think hahah. Not my thing though.

I saw these Cricket Corn Chips for the first time yesterday in IGA. Yes, made from actual crickets.

Saw those for sale in the gift shop at the Australian Museum a couple of months back. They had other insect products too. IIRC one example was an ant lollipop lol

They also had these - Our roasted mealworms with saltbush and rosemary is one of our favourite flavour combinations and will remind you of your Mum's Sunday Roast. They work great as an afternoon snack and will give you a much needed pick me up with a fantastic...

I’d settle for a Sizzler reboot

I think Chemist Warehouse plays by the rules. It’s simply a franchise model and each chemist is still owned by an individual pharmacist or a few pharmacists. There are rules that restrict the opening of new chemists, but you can buy an existing chemist and move it to a new location (within a certain kilometre radius)

It seems quite an outdated process.