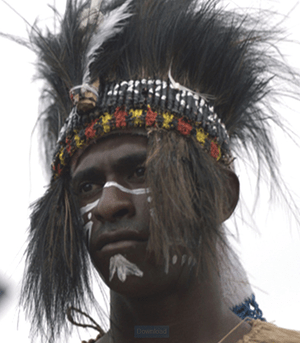 The ABC, together with Screen Australia and Screen Queensland, will tell the true story of the Torres Strait Islands in Blue Water Empire, a new dramatised documentary series to commence filming in July.

The three-part series will combine dramatic action with archival footage and cutting edge digital effects together with key interviews to provide a unique insight into the traditional culture and history of the Torres Strait Islands.

The series starts in traditional times and takes viewers through to the arrival of the missionaries, the “coming of the light”, and on to the massive changes brought to the Islands by the explosion of the pearling industry and the seismic events of WWII.

Blue Water Empire explores how Torres Strait Islanders have sustained their cultural heritage throughout the impact of 200 years of European settlement.

Filmed on location in the Torres Strait Islands, with mostly local cast and crew, producers Greer Simpkin and David Jowsey, the creative force behind feature films Goldstone and Mystery Road, have teamed up with local producer/writer Aaron Fa’Aoso (The Straits, Black Comedy).

Richard Finlayson, ABC Director of Television said: “Blue Water Empire is a powerful and moving account of the dramatic events and human stories that form the history of the Torres Straits Islands.

“ABC is the home of national conversations, stories and culture, and we are very excited to commission the first comprehensive series telling the important history of the Torres Straits.”

Penny Smallacombe, Head of Indigenous at Screen Australia said: “The fascinating history of the Torres Strait Islands and its people is relatively unknown to most Australians, Blue Water Empire will change this by becoming an important historical series that showcases the survival and determination of Torres Strait Islander people. Screen Australia is proud to support the talented team behind this production.”

Screen Queensland CEO Tracey Vieira is excited to see this Queensland-developed series enter production, “David and Greer are such extraordinary producers that have been instrumental in seeing Queensland stories reach the screen, it’s fantastic to see them collaborate with local producer/writer Aaron Fa’Aoso for this iconic series in Far North Queensland.”

Blue Water Empire will screen on ABC TV in 2017.

For a split second, I was expecting a reboot of this

An all star cast has commenced filming on Blue Water Empire, a three-part primetime dramatised documentary series which gives a unique insight into the history and culture of the Torres Strait Islands.

This exciting series traverses pre-colonisation life through to the pervasive impact of European arrival; from the influence of missionaries to the influx of people from all over the world during the pearling era. The Straits were not immune to the devastation of World War II either, which triggered mass migration to mainland Australia. In more recent times there has been an explosion of social activism, fighting for recognition and acknowledgement of connection to not only land but sea. It is a thrilling and vital piece of our shared history that the ABC is proud to vividly bring to life for Australian audiences.

Blue Water Empire is being produced for the ABC with assistance from Screen Australia and Screen Queensland, by a partnership between Lonestar Company, headed up by actors and producers Aaron Fa’Aoso and Jimi Bani, and Bunya Productions (Mystery Road, Goldstone) led by producers David Jowsey and Greer Simpkin.

Fa’Aoso says: “It’s an honour to be telling the stories of our amazing people and their contribution, over the last two centuries, to the history of Torres Strait Islanders and wider Australia. Blue Water Empire also critically underpins our aspiration to develop the film and television industry in Far North Queensland and the Torres Straits”.

Sally Riley, ABC’s Head of Scripted Content, says: “Blue Water Empire is a strikingly original and distinctive dramatised documentary series and we are delighted that so many of Australia’s finest actors are helping bring to life the fascinating history of the Torres Strait Islands.”

Blue Water Empire will screen on ABC TV in 2017. 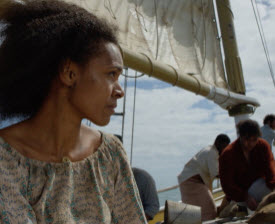 Blue Water Empire is a dramatised documentary series giving a unique insight into the history and culture of the Torres Strait Islands. The series starts pre-colonisation and charts the all-pervasive impact of European arrival; from the missionaries to the influx of people from all around the world during the pearling boom. We see the devastating impact of World War II and the mass migration of Islanders to mainland Australia. The more recent history has seen an explosion of social activism, fighting for recognition, self-government and sea rights. 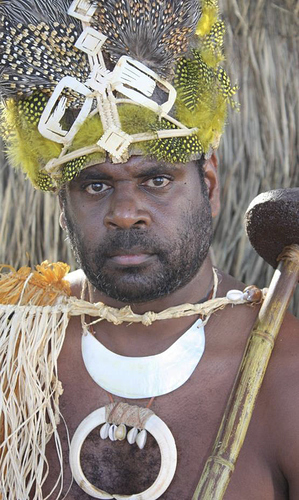 Blue Water Empire is a three-part dramatised documentary series giving a unique insight into the amazing culture and history of the Torres Strait Islands. The series starts pre-colonisation and covers the all-pervasive impact of the arrival of the Europeans into the islands. Following the missionaries came the pearling era, with a rush of men and women from around the world to the Torres Straits. World War II brought devastating change to the Straits and was followed by mass migration to mainland Australia. More recent times have seen an explosion of social activism, particularly the fight for recognition and sea rights that continues to this day.

I think this the third time it has been announced in an Upfront.

An introduction to the Torres Straits, and a fascinating exploration of the concepts that shaped Torres Strait Islander culture and custom before white settlement. 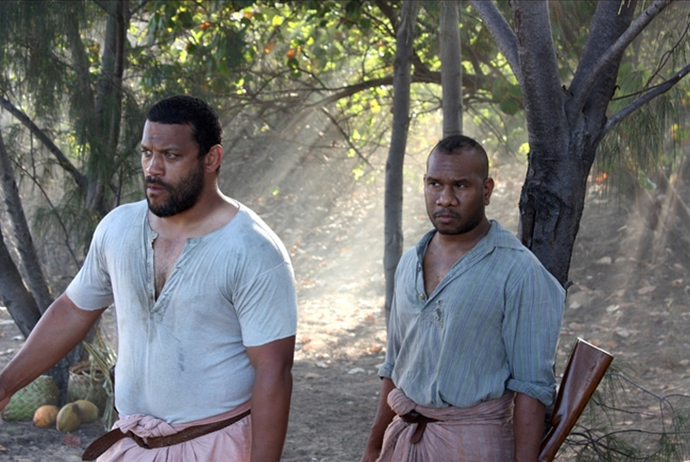 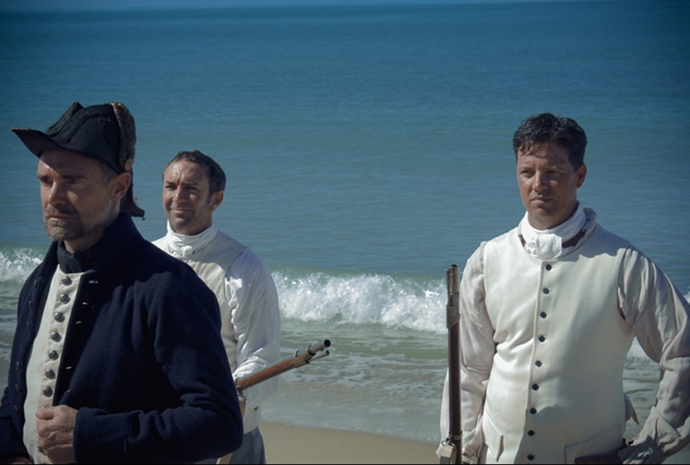 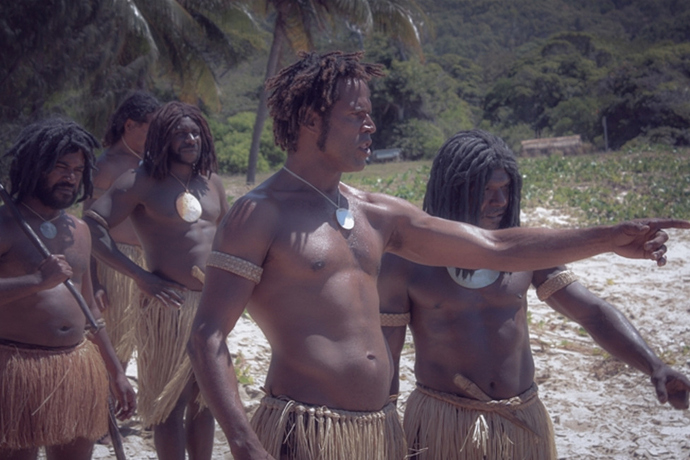 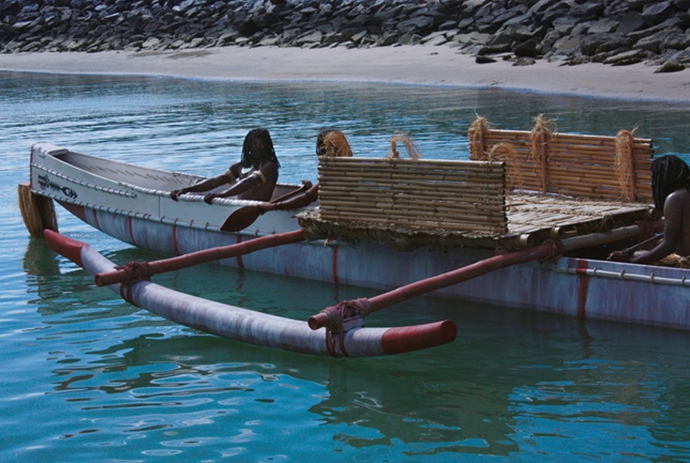 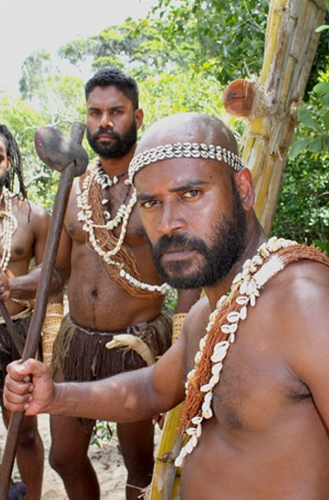 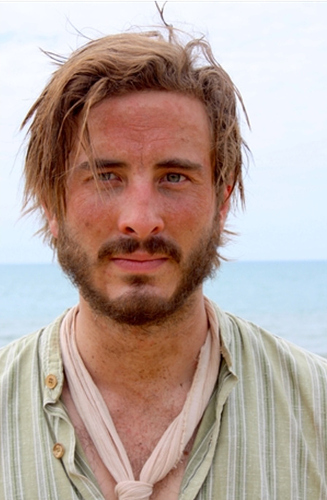