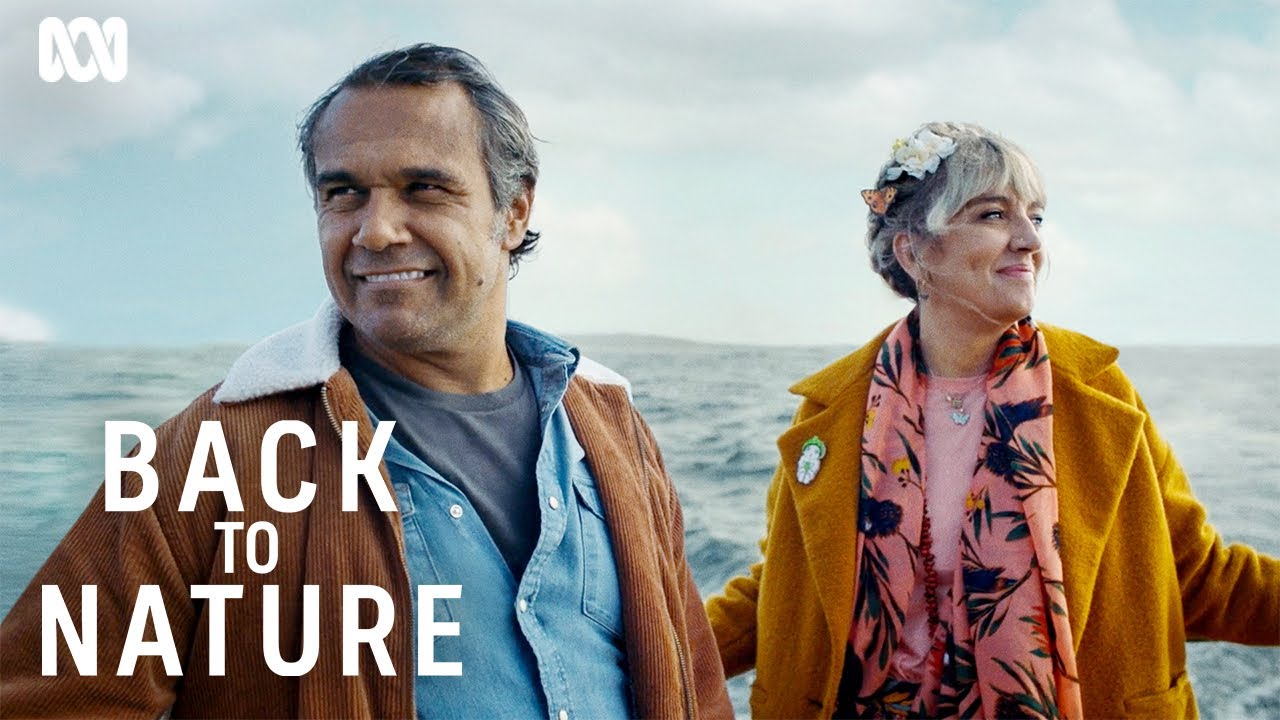 From Tuesday 10 August at at 8pm 8 episodes.

In this visually stunning series, actor Aaron Pedersen (Mystery Road) and writer Holly Ringland (The Lost Flowers of Alice Hart) guide viewers through our land’s unique stories, inviting us to deepen our connection with nature.

Among the lush rainforest and cascading waterfalls of Springbrook National Park, on Yugambeh Country, this episode explores how nature affects us physically and spiritually. Holly knows this area well, as it’s close to where she grew up.

The landscape was formed by the eruption of the giant Tweed shield volcano around 21 million years ago and, Yugambeh believe, by the creation ancestor Jabreen. Aaron and Holly walk past Springbrook Plateau to Rainbow Falls where, standing under cascading waters, both are refreshed. In the Numinbah Valley we visit a World Heritage listed Gondwanan Rainforest, and the Natural Bridge, where rare glowworms live.

Looking over the valley, Aaron and Holly meet iconic Australian singer-songwriter John Williamson. He shares how this land inspires his creativity, and the birds that inspire his songwriting.
Walking to the highest part of the rainforest, Holly introduces Aaron to extraordinary, 2,000-yearold Antarctic eech Trees, and they contemplate all the elements that support the trees.

Aaron and Holly meet Shaun Davies, a Yugambeh man and language researcher, who tells them about the concept of gaureima: by telling stories about country, we strengthen its spirit, and our own spirit too. Shaun also tells Aaron and Holly about the janjarri and the bunyun – creatures similar in description to the Yowie – who dwell in wagoi jagun, or ‘Spirit Country.’

Back to Nature | TV Tonight

Aaron Pedersen & Holly Ringland invite you to slow down and smell the banksia.

Episode 1: Back to Cauldron 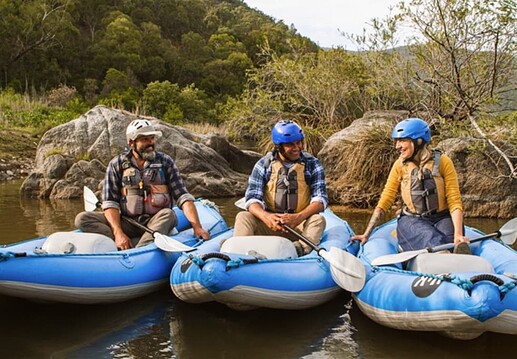 In Kosciuszko National Park, Aaron and Holly visit an unheralded site: the birthplace of the Snowy River. These headwaters have long been sacred to Ngarigo people.

They walk to the Ramshead Range, a stunning landscape of silent beauty, filled with granite tors carved in the last Ice Age. The vegetation here draws and holds moisture from the sky, releasing it to form rivers. Three of Australia’s most iconic rivers are formed in these Alps: the Snowy, the Murray and the Murrumbidgee.

Descending, Aaron and Holly cycle along the Cascade Trail to Cascade Hut. Local writer Elyne Mitchell once sheltered here: famous for her childrens’ books, she was also one of Australia’s earliest environmental writers.

Further down in altitude is the Lower Snowy River.

River Guide and Wiradjuri man Richard ‘Swainy’ Swain shows Aaron and Holly how to introduce themselves to Country. They kayak on the river.

Back on land, Country opens up. We see a large wendai (canoe scar). Swainy explains that the tree from which the bark was taken is still thriving because the people who cut the bark would have sought permission from the tree.

Around a campfire, Swainy shares that Country is crying out for all of us to listen to it. 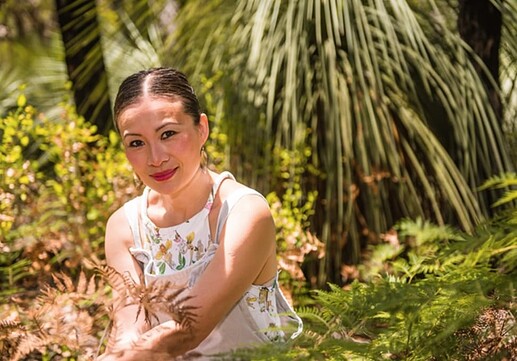 Everything in nature has its place.

At Morialta Falls, Aaron and Holly meet Senior Aboriginal Man, Uncle Mickey O’Brien. Mickey is a descendant of the Kaurna and Narrunga peoples. He tells us about the creator giant Nganno, whose fallen body forms the Mount Lofty Ranges. Mickey shows Aaron and Holly the site where an image of Nganno is hidden, and is sometimes revealed, in the landscape.

In the Giant’s Cave, Uncle Mickey shares the importance of the idea of ‘Twoness’, which encapsulates for him the importance of reciprocity and mutual benefit. He says Kaurna people look after the land, for this is where spirit returns.

Moving to The Cedars at Hahndorf, Holly and Aaron visit a property where one of Australia’s greatest painters, Hans Heyson, lived and worked. His subjects included the eucalyptus trees growing here. His work changed the way the Australian landscape was represented.

On the Fleurieu Peninsula we visit Deep Creek Conservation Park, where Aaron and Holly search the Stringybark forest for tree hollows. These hollows take decades to develop, and are homes for many mammals and birds.

Aaron and Holly meet beloved chef and artist Poh Ling Yeow, who shares how nature is her inspiration. She believes the earth is always speaking to us, and that its geometry and rhythms can guide us forward. 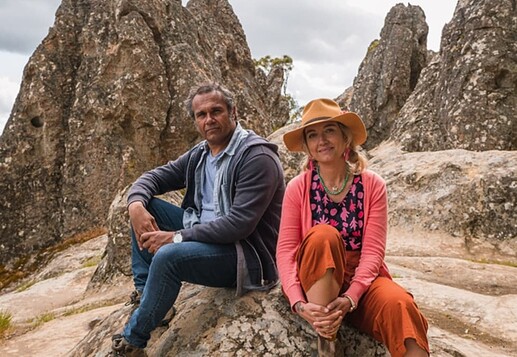 When we’re in nature, it sometimes feels like time slows, and becomes elastic.

We begin this episode at Organ Pipes National Park, on the eastern edge of an ancient lava flow.

Aaron and Holly meet Indi Clarke, who has a strong connection to this place, strengthened by his relationship with Wurundjeri elder Aunty Di Kerr, whom we join for a yarn. Aunty Di shares how people are traditionally welcomed onto Wurundjeri country by a Wirrigirri, or Messenger.

Aaron and Holly venture into the Macedon Ranges, where bushrangers used to ambush travelers in the mid 19th Century.

In the forest, Aaron and Holly discuss the incredible ‘Wood Wide Web’, the mycorrhizal network of mycelium fungi that allow trees to exchange resources with one another. This cooperation shows how living things are interconnected.

At Ngannelong - Hanging Rock, Aaron and Holly reflect upon its significance to Wurundjeri, Dja Dja Wurrung and Taungurung people. The story of Picnic at Hanging Rock came to its author, Joan Lindsay, in vivid and mysterious dreams. Joan Lindsay explored non-linear notions of time, and resonated with Einstein’s belief that ‘The distinction between past, present and future is only a stubbornly persistent illusion.’

Nearby, Aaron and Holly visit a 26,000 year old greenstone quarry calledWil-im-ee Moor-ring, with Uncle Dave Wandin as their guide. With Uncle Dave, Aaron and Holly connect with a sacred rock, before learning about the quarry site. The rare greenstone deposits here were made into axe heads, that were traded along an extraordinary and far-reaching trading network. 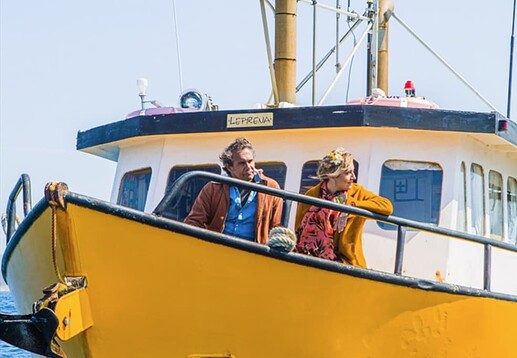 Everything in nature is in a relationship with everything else.

At the Bay of Fires, the intense orange lichen is a marriage of fungi and algae: the fungi provides structure, and the algae photosynthesises food. Together they flourish. Aaron and Holly venture onto sea country to St Helen’s Island to encounter the area’s last remaining seal colony, contemplating our bond with these curious creatures.

The Bay of Fires was given its English name in March 1773 name by Tobias Furneaux. It wasn’t because of the vivid orange lichen, but the many campfires along its beaches and headlands.

First Nations people have lived here for at least 42,000 years. Aaron and Holly meet academic and trawlwulwuy woman Emma Lee. She tells them women are of the sea, men are of the land, and everyone is from the night sky. For the trawlwulwuy there’s no notion of humans as separate from anything else in nature: everything is connected by the thread of kinship.

Venturing inland to the forests of The Blue Tier, Aaron and Holly discover rock carvings which elders believe were once part of ceremony. They visit an old tin mining tunnel, where Chinese migrants lived and worked. In the forest they encounter an enormous Swamp Gum that’s believed to be the widest tree in Australia. Holly pens a message to this gentle giant.

Near Anson’s Bay inthe Black Peppermint Gum Forest, we meet Jamie Graham-Blair, a trawlwoolway pakana and science student. He tells Aaron and Holly that the trees are his ancestors, his kin. He leads us to a Gathering Site, anenormous hill composed entirely of seafood shells, where his ancestors met for at least 10,000 years. Together they imagine the gatherings here.

Incredibly chuffed to be part of this very meaningful series. Gentle, healing,...