In the second part of this compelling story, Australian Story explores how Scott Austic was freed from prison after spending more than 12 years behind bars.

The West Australian man was acquitted in a retrial after sensational revelations of planted evidence.

But there are no winners in this story.

While Scott rebuilds his life, the devastated family of victim Stacey Thorne is demanding police reopen the investigation to find her killer.

A young couple are braving danger and isolation in one of the most remote areas of Australia to help turn around the country’s extinction crisis.

Ecologists Dr Rebecca West and her husband Dr Reece Pedlar run the Wild Deserts project in the Sturt National Park — an ambitious 10-year collaboration to re-introduce seven locally extinct animals into safe havens and restore the health of the desert into the bargain.

But when they embarked on the project, they couldn’t know all the challenges they would face — years of crippling drought meant conditions weren’t right to bring in native animals.

But in 2020 the rains finally came and with it, the first 10 bilbies bred at Taronga Park Western Plains Zoo in Dubbo were released and are now thriving in their new home.

With Australia’s extinction crisis among the worst in the world, re-populating the desert with the animals that once thrived there is a ray of hope in a race against time.

@AustralianStory
Next on Australian Story, meet the young family helping to bring our endangered animals back from the brink of extinction 🐾 Into the Wild | Monday on#AustralianStory@ABCTV @UNSW@UNSWScience@CES_UNSW https://t.co/qd04OP1hG7
JohnsonTV April 21, 2022, 2:05am #285

In a television exclusive, Nicola Forrest steps out of the shadow of her at-times controversial husband, mining magnate Andrew “Twiggy” Forrest, to explain the very personal motivation behind the family’s philanthropy.

After their third child, Matilda, was stillborn Nicola Forrest felt driven to help other families, funding research and programs aimed at helping “all Australian children reach their full potential”.

Triple Olympian Lisa Curry was the golden girl of swimming through the 1980s after she was spotted by Dawn > Fraser’s coach at age 10.

With her fairytale marriage to ironman Grant Kenny and the arrival of three golden-haired children, Lisa has been a magazine favourite for decades.

Lisa has led a full and rich life – reinventing herself as a champion outrigger coach, chair of the Australia Day Council and fitness entrepreneur.

But behind the scenes, for 18 years, Lisa was battling a crisis that threatened the life of her eldest child.

As Lisa approaches 60, she reflects on the joy of family, heart-wrenching loss and the power of new beginnings.

Lisa’s episode is on the same day her memoir Lisa (co-written by News Corp’s investigations editor Ellen Whinnett) goes on sale in bookshops. Lisa is also on the front cover of Stellar magazine inside News Corp’s papers this Sunday.

In a world exclusive, Australian Story unravels the legend of AC/DC front man Bon Scott, who was on the verge of becoming an international rock star when he died at age 33.

For the first time ever, the program has been granted access to Bon’s family and friends who provide fresh insights into his vulnerabilities and state of mind leading up to his untimely death in London in 1980.

The program features the first interview with Bon’s younger brother Derek and is introduced by Brian Johnson, Bon’s successor with the band.

Bruce Howe, a former bandmate who shared a house with Bon for five years, noticed a big change when he last saw him in late 1979.

“He wasn’t bubbly and laughing. Maybe he’d come to the state where he’d achieved his dream, he found his holy grail, but found that his holy grail might have looked like an empty goblet,” he told the program.

To this day, Bon Scott is considered one of the world’s best rock and roll singers.

“I don’t think there’s a singer in the world that can hold their own against him,” Jimmy Barnes says.

Airs Monday May 9, 8pm, on ABCTV, iview and Youtube.

@AustralianStory
In a world exclusive, for the first time, family and friends of AC/DC’s iconic lead singer Bon Scott reveal the man behind the myth. ⚡️ ‘On the Brink’ Monday on#AustralianStory@ABCTV and on Youtube for overseas fans bit.ly/3vHCNsA@ACDC https://t.co/Jabuz6xYv1 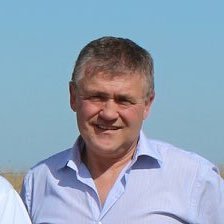 @Leepy77
48 years after an event that changed a few lives (including yours truly), my involvement in rock and roll 🎸 history (albeit harrowing) will be screened on@AustralianStory on 9 May and then on@ABCTV iview@SelinaGreen5290 https://t.co/EPFobI5Vvu

According to yesterday’s Herald Sun, John Brewster of The Angels and Young Talent Time creator Johnny Young will also appear in the episode.

When Cathy McGowan won the seat of Indi in 2013, she had no idea that she would become a lightning rod for an independent movement that is now dominating Australian politics.

More than 23 so-called teal or community independent candidates are standing in this election and it’s McGowan who has been their “secret weapon”.

Join Australian Story as we go on the hustings with the 68-year-old farmer from Victoria to two seats where she’s helping guide candidates and rallying their armies of more than 20,000 volunteers.

@AustralianStory
Next on#AustralianStory: Inside the rise of the independents and the ‘godmother’ behind the movement. ‘An Independent Woman’ Monday 8pm on@ABCTV#election2022#auspol@Indigocathy https://t.co/Cvivrjtg0n
TV.Cynic May 19, 2022, 8:57am #291

When Kathy Lette co-wrote Puberty Blues in her late teens, she became known in Australia as the voice of youth, a label she struggled to shake even as she approached her 30s.

But when she left husband Kim Williams for Geoffrey Robertson and moved to London, she found her voice. In a succession of best-selling novels, she has lightly fictionalised the various stages of her life, including marriage, motherhood and divorce.

Now 63, Lette is determined to age disgracefully and believes post-menopause is the best time in a woman’s life. She talks about her long and successful career, her relationships and the pride she takes in the achievements of her autistic son Jules, who is carving out a successful acting career.

Caroline Jones former presenter and Producer has passed away.

Caroline Jones is remembered as a warm and kind person with a wicked sense of humour, but perhaps her biggest legacy is the strides she made for women in media and television. 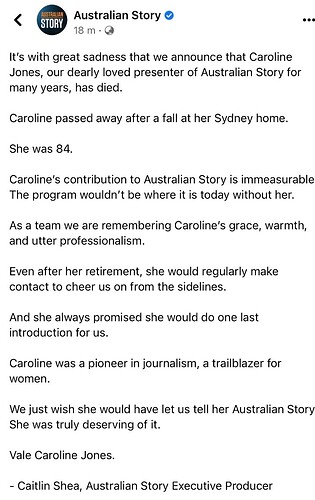 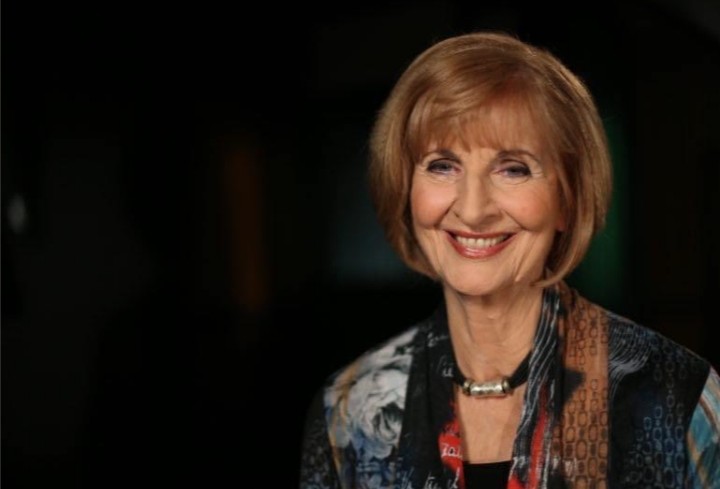 The sad news was mentioned after the weather on the 7pm bulletin that l was watching.
Caroline had an amazing long career at the ABC ,she was a trailblazer for women in the industry,what a legacy she leaves.
RIP Caroline

An absolute trailblazer and giant.

The ABC community is deeply saddened by the death of Caroline Jones AO, the hugely influential, respected and loved journalist, writer and broadcaster.

Caroline had a more than 50-year career at the ABC before retiring in 2016.

She broke down barriers, her career was one of many firsts.

She was the first woman reporter on This Day Tonight, the first woman to anchor Four Corners , and was associated with Australian Story since its inception in 1996. In 1997 she was voted one of Australia’s Living Treasures. Her other roles included presenting The Search for Meaning on Radio National.

Caroline was an important voice for many Australians and she served ABC audiences with distinction and class. Like many ABC journalists of her generation, she helped to define Australian broadcast journalism.

As well as a razor-sharp mind and unflappable self-possession, she had a wonderful voice and warm presence that Australians respected and loved.

In her honour, in 2018 the ABC created the 12-month Caroline Jones Scholarship, providing financial and on-the-job development in ABC News for a talented young Aboriginal or Torres Strait Islander journalist.

Caroline was a loved and valued member of the ABC family and will be tremendously missed. On behalf of everyone at the ABC I extend my sincere sympathies to Caroline’s family and friends.

Caroline Jones: A girl from the bush who became a trail blazer - ABC News

Just heard about this, very sad.

Russell Manser was a notorious bank robber and escapee who seemed destined to spend the rest of his life behind bars.

But behind his repeat offending lay a crippling secret from his teenage years.

When he finally sought justice for these wrongs, life took an unexpected turn

Now the bank robber turned businessman is assisting others who want justice for crimes long buried. But it’s been a rocky road to redemption.

Self-described “small town drunk” Shanna Whan has done what no one else has been prepared to do in rural Australia.

She’s outed herself as a recovering alcoholic and is using her story to highlight the all-pervasive culture around booze in the bush.

The founder of Sober in the Country was named ‘Local Hero’ in this year’s Australian of the Year awards for her advocacy.

In an update to our 2019 episode, Australian Story goes on the road with Shanna as she takes her message to political leaders.

@AustralianStory
From the bottom of a bottle to the top of her game, this is how@ausoftheyear Local Hero@SITC_CEO_Shanna is changing attitudes to booze in the bush Last Drinks | The next chapter of@SITCBUSHCHARITY airs Monday 8pm on@ABCTV https://t.co/JHaAbwYwcx

The Songlines of Leah Purcell

From a poor Indigenous girl in regional Queensland, actor, writer and director Leah Purcell is now at the top of her game.

She has starred in some of Australia’s most renowned films and written and directed some of our best television.

Purcell is the first Indigenous woman to write, direct and star in her own feature film, The Drover’s Wife: The Legend of Molly Johnson.

She’s woven her family’s complicated history and her own troubled past into a powerful reimagining of a classic Australian tale, shining a light on the injustice of history.

@AustralianStory
Actress, writer and director@LeahPurcell15 finds inspiration in her family’s history and her own troubled past. 'The Songlines of Leah Purcell' airs Monday 8pm on@ABCTV, iview and Youtube#AustralianStory https://t.co/ejbejUCmct
TV.Cynic June 17, 2022, 1:05am #303

Step inside the funeral home that’s transforming the way we do death.

Tender has a mission to provide personalised and affordable funerals, and to demystify the funeral process and put it back in the hands of the grieving.

Filmed over 10 months, this episode follows the experiences of people who used Tender to look after their deceased loved one, providing an extraordinarily intimate view of a process we rarely get to see.

When 24-year-old Amy Wensley died from a gunshot wound to the head on a rural property outside Perth in 2014, detectives quickly declared it a suicide.

Uniformed police officers however were suspicious and Amy’s family refused to believe that the mother-of-two would have taken her own life.

Unhappy with the speed and findings of the initial police investigation, Amy’s aunt Anna Davey started her own research, uncovering fresh evidence about her niece’s life that would raise further questions about her mysterious death.