Jana Pittman reckons she has lived five lives in her 39 years on the planet.

She’s been a world champion athlete. A mother of four. A doctor in a busy Sydney hospital. And more recently, a reality TV star on SAS Australia.

In her spare time, she’s joined the Army Reserve and is doing a PhD in obstetrics.

Oh, and did we mention that she’s also pregnant with twins?

In this program, Jana talks about her new career in women’s health, her regrets about the period when she was labelled “Drama Jana”, and the surprising twist to her family life.

The final chapter in a Sydney family’s fight for justice after their daughter Justine Ruszczyk was killed by a US police officer.

Noor’s historic murder conviction was recently overturned. In their first in-depth interview since his re-sentencing for manslaughter, the family has vowed not to let their daughter’s death be in vain.

@AustralianStory
A push for change across the other side of the world: How Justine Ruszczyk’s family took on a US police force to fight for justice for their daughter Justice for Justine | Monday on #AustralianStory https://t.co/sdpxtvWSvp
TV.Cynic November 11, 2021, 5:55am #265

In the Name of the Child | Lauren Burns (update)

She was then instrumental in campaigning for world-first retrospective legislation to give all donor-conceived children in Victoria the right to identify their donor, irrespective of anonymity promises made in the past.

Seven years after Australian Story first profiled Lauren, she is back campaigning again, fearing the achievements she and other donor-conceived children made are being wound back by the Victorian government.

Now, as she steps into parenthood for the first time, she finds herself haunted by the past.

@AustralianStory
The donor child dilemma: The fight reignites to protect the rights of donor-conceived people #AustralianStory ‘In the Name of the Child’ TONIGHT https://t.co/8OakdMv1Hn
JohnsonTV November 18, 2021, 12:40pm #267

When Grace Tame was named Australian of the Year she promised to make some noise and she hasn’t disappointed.

The 26-year-old child abuse survivor has been one of the most outspoken recipients of the award in its 62-year history, unafraid to criticise the Morrison government and the Prime Minister himself about the treatment of women and children.

In an intimate and revealing Australian Story, Grace Tame looks back over her tumultuous tenure as Australian of the Year and the difficult journey that led her there.

Australian Story will continue in “Summer Series” mode from Monday 29 November at 8pm.

Yes, sometimes they’ll have slight updates if something significant has occurred. 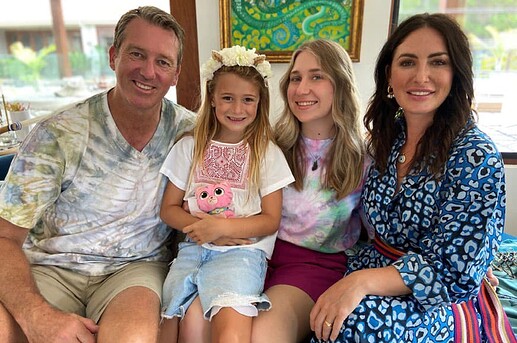 Award-winning program with no narrator and no agendas – just authentic stories told in people’s own words - returns with a brand new series. Immerse yourself in the life of an extraordinary Australian.

Australian Story returns for 2022, broadcasting the stories of extraordinary Australians told entirely in their own words.

Occasionally these Australians are high-profile, sometimes controversial, but always compelling. It’s television guaranteed to make you think and feel.

In this series return episode, James and Holly McGrath, the now-adult children of Australian cricket legend Glenn McGrath and late wife Jane, speak publicly for the first time about their mother’s legacy, the crucial role Glenn’s second wife Sara had in their upbringing and their growing involvement in the breast cancer charity created in Jane’s memory, the McGrath Foundation. 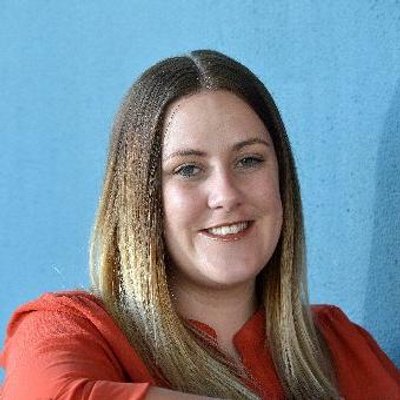 @AustralianStory
A prison escapee and a life of crime: A bank robber’s road to redemption | ‘Setting the Record Straight’ Monday on #AustralianStory @ABCTV #iview https://t.co/LqAs67J77c

In his early 20s, Russell Manser was an angry young man and a notorious bank robber destined for a life behind bars.

But behind his repeat offending and destructive behaviour lay a crippling secret from his teenage years.

When he finally sought justice for the experiences he endured as a young inmate, his life took an unexpected turn for the better. Now he’s on the road to redemption, helping others find the justice they were long denied.

Program pre-empted. To be shown the following week.

I assume by a Shane Warne episode?

Yes a repeat of Shane’s 2018 interview with Leigh Sales which was a 7.30 special. 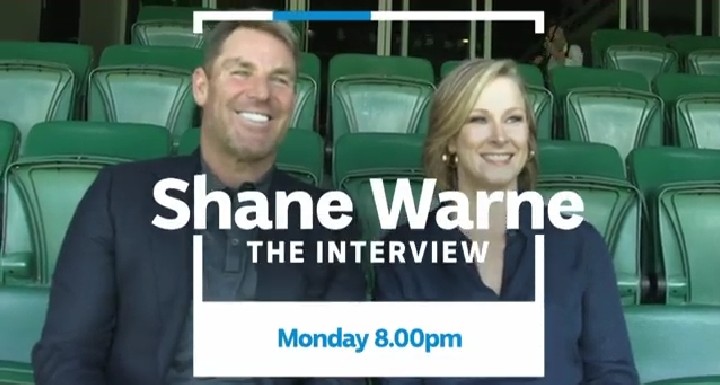 It’s not often you become the subject of your own story, but this is exactly what happened to journalist Stephanie Wood when she fell in love with a man she met online.

After a tumultuous year she discovered her boyfriend’s life was a carefully constructed web of lies and deceptions.

When she published a book about life with ‘Joe’ she was inundated with stories from other women about their own betrayals at the hands of serial fantasists, many of whom began their false personas online.

Australian Story follows Stephanie as she meets some of these women and hears their heartbreaking - and ultimately life-affirming - accounts of how they rebuilt their lives.

'Setting The Record Straight 'is now scheduled to air on Monday 21 March.

@AustralianStory
"The more I came to understand his jaw-dropping behaviour, the more important I decided it was to describe it so other women might learn to identify red flags and swerve away from similar relationships."—@StephanieAWood1#AustralianStory feature read ab.co/3J4LYaG https://t.co/kALzW8xEHx 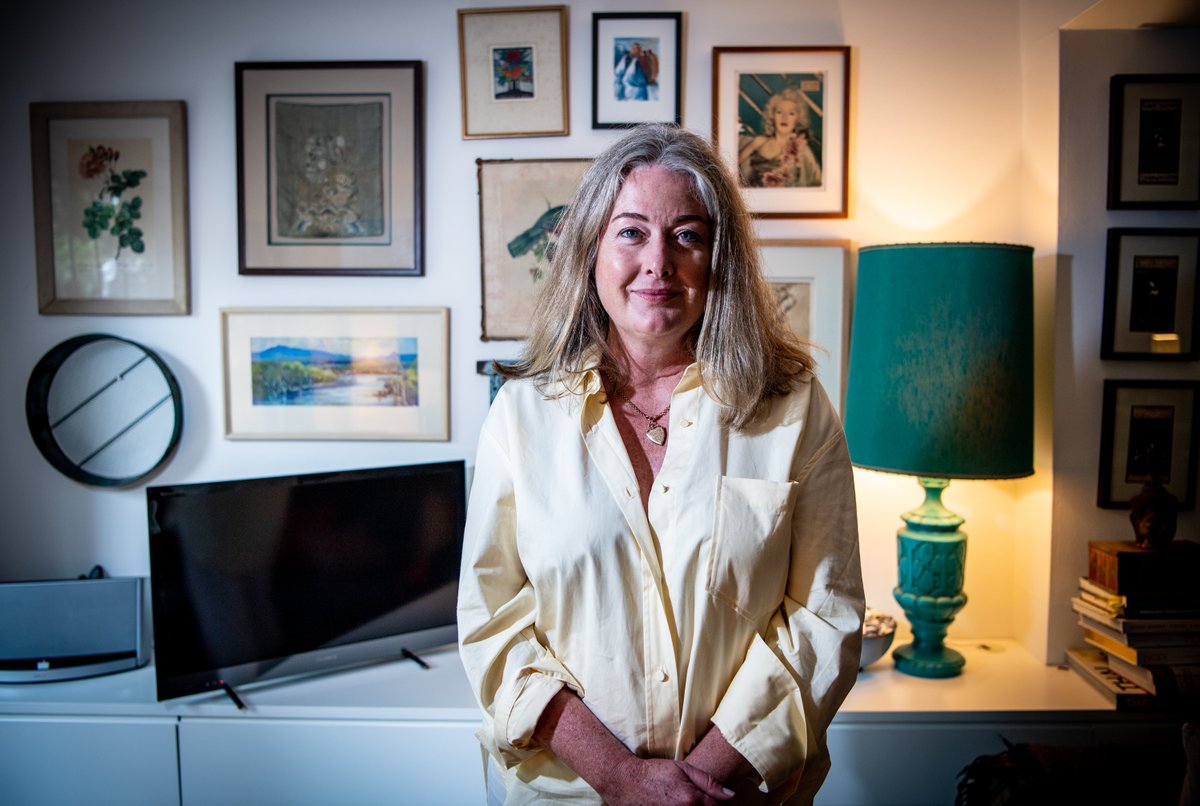 Introduced by Penn and Teller

Australian Story steps inside the fantastical, the mind boggling and the sometimes terrifying world of magic and escapology with father and daughter duo Helen and Arthur Coghlan.

Arthur’s death-defying escapes in the 1970s earned him the title of Australia’s Houdini. And he admits there were times he took it a little too far.

At the age of 89 he reveals how close he came to death on live television and his apprehension when daughter Helen followed him into the world of magic.

After a long hiatus, Arthur and Helen are enjoying a career renaissance on the US television show Penn and Teller Fool Us, and their magical prowess is receiving global recognition.

When Noongar woman Stacey Thorne was found murdered in December 2007, the small West Australian town of Boddington was torn apart.

But a re-investigation by independent lawyer and forensic scientist Dr Clint Hampson revealed a disturbing pattern of tampered evidence. His discovery was backed up by the Court of Appeal which found that there was “credible, cogent and plausible evidence of planting”.

After spending over a decade in jail, Scott Austic was acquitted at a re-trial and is seeking compensation.

But the Thorne family believes there has been no justice for Stacey and in desperation has now hired a private investigator to chase new leads to find her killer. The Austic family also wants the case to be reopened.

@AustralianStory
How Scott Austic’s murder conviction was overturned and the ongoing battle for justice for victim Stacey Thorne. Trials and Tribulations two-part#AustralianStory starts Monday on@ABCTV https://t.co/9BY3RdY5E3
← previous page next page →
Get Connected: Like us on Facebook | Follow us on Twitter