Paediatrician Dr Michelle Telfer has one of the most controversial jobs in medicine in Australia.

As head of the Royal Children’s Hospital Melbourne’s (RCH) Gender Clinic, she’s responsible for overseeing the treatment of hundreds of trans children and teenagers who come through the doors.

The former Olympic gymnast-turned-doctor and mother-of-two credits her early athletic success with building the stamina needed to tackle her critics who question the need for medical treatment for trans young people.

Australian Story goes behind the scenes at the RCH to meet three of Dr Telfer’s patients, Isabelle, Elliot and Oliver.

The most controversial job in medicine. This woman helps kids take control of their own bodies and identities @michelle_telfer A Balancing Act | Monday on #AustralianStory @ABCTV https://t.co/qqkMKqWuZy
1 Like
TV.Cynic May 27, 2021, 6:20am #243

When women’s soccer star Rhali Dobson received an on-field marriage proposal, moments after her last game, the pictures went viral around the world.

Behind that video sensation is a story of love, sport and sacrifice.

And a heart-wrenching plot that sounds like something from a Hollywood movie.

Next on #Australian Story, the love story behind the soccer pitch marriage proposal that went viral. A Good Match | Monday on @ABCTV @MelbourneCity @NewcastleJetsFC @TheMatildas @AnnOdong https://t.co/m4K6vccqp4
1 Like
TV.Cynic June 4, 2021, 12:29am #244

Outback nurse Gayle Woodford was working alone at night on call in the remote South Australian indigenous community of Fregon when a man came to her door asking for Panadol.

Moments later she had vanished. “I knew she was in trouble,” said her husband Keith Woodford who woke up the next morning to an empty bed. “I just knew”.

The discovery of Gayle’s body three days later threw the tightknit community of Fregon into freefall and ignited a debate about the security of remote area medical staff working alone.

For Keith and his family it was the beginning of a five year mission as they lobbied to improve the system they thought had failed Gayle.

In this updated episode the family break their silence to discuss the recent coroner’s findings into Gayle’s death and their journey to find answers.

Former tennis pro Louise Pleming was circling the globe as a tennis commentator and elite coach when her life took a dramatic turn.

Three years ago, she had a chance meeting with Brian Turton at the homeless shelter where she volunteered.

Mental health issues had ended Brian’s hopes of a professional tennis career and he’d been living on the streets for years, estranged from his family and friends.

Filmed over three years, this is an intimate portrait of a unique and life-changing friendship. 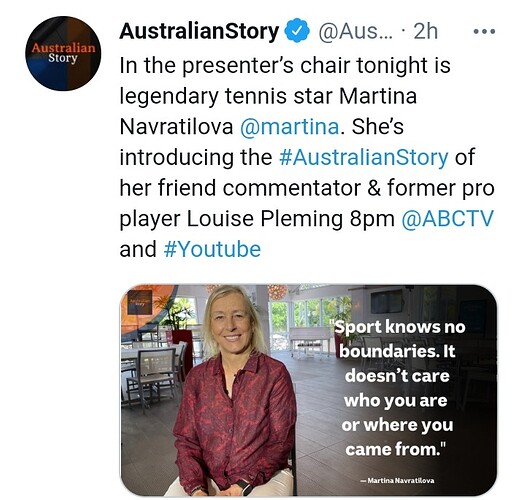 The show is currently on a mid-season break and will be back later this year. 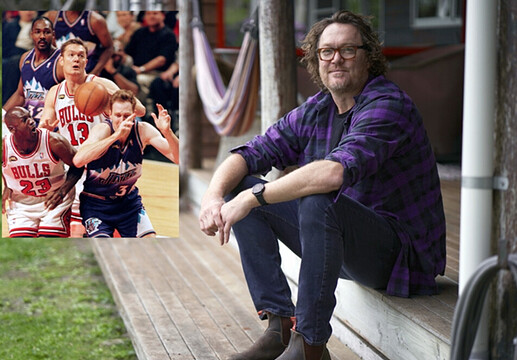 Australian Story returns with a look at Luc Longley’s illustrious career with the Chicago Bulls as the first Australian to reach the NBA and to win three championships.

Luc Longley was part of the legendary Chicago Bulls team, the best team ever, that won a threepeat in the mid-late 90s. He was a pioneer - the first Australian to reach the NBA and the first to ever win three championships.

The series return of Australian Story charts Luc’s unexpected rise to the top, his difficulties dealing with Michael Jordan during his time with the Bulls, and then the long, slow process of rebuilding himself after his NBA career was over.

He disappeared from public life, but his omission from the incredibly successful recent Netflix doco The Last Dance, which charted the Bull’s meteoric success, has got a lot of people asking, what the hell happened to Luc Longley? 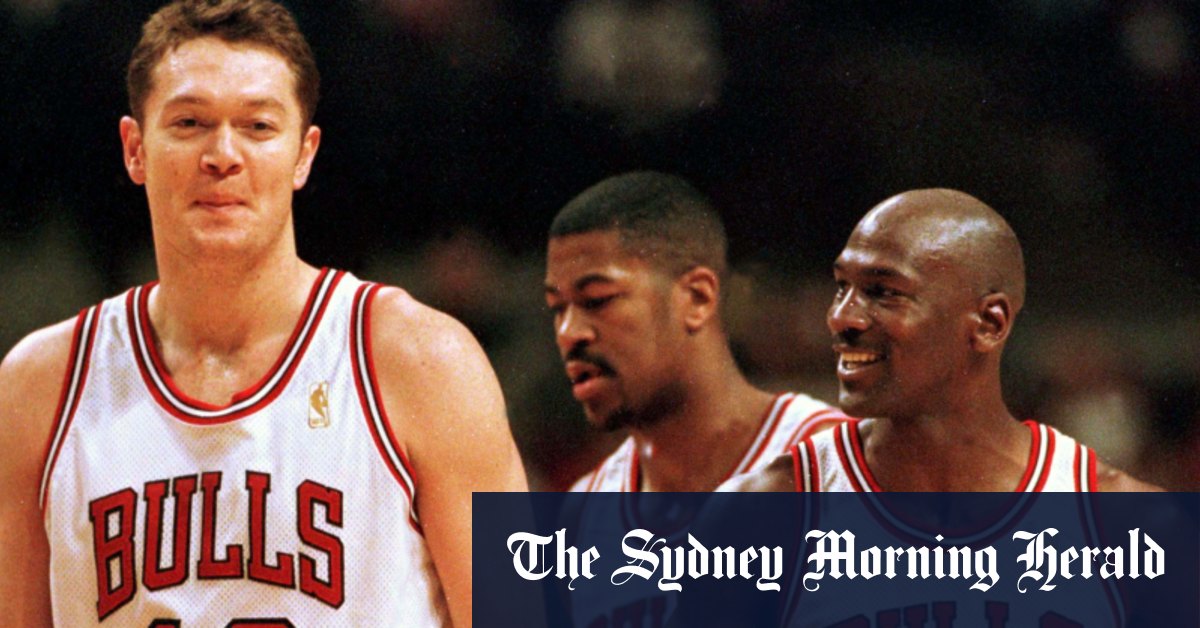 The legendary Chicago Bulls superstar gave a rare interview to Australian Story to talk about his former teammate Longley. 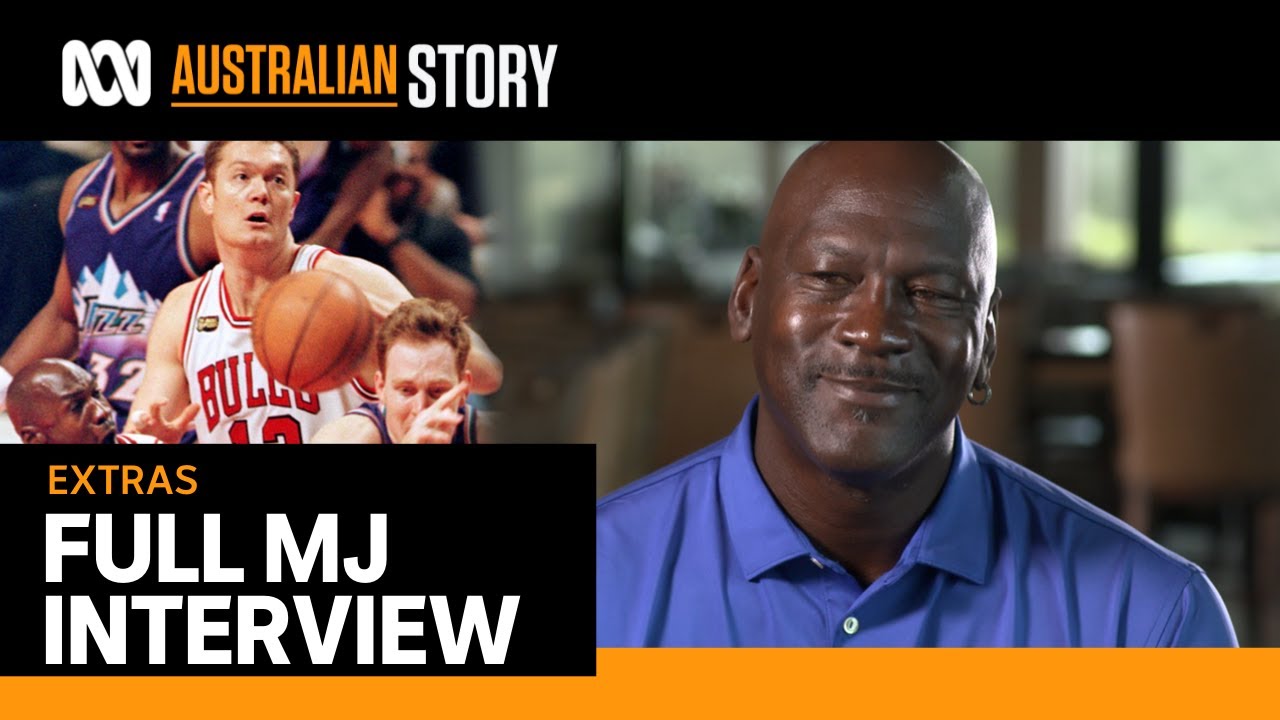 And EP Caitlin Shea revealed her story on how she secured interviews with Luc Longley (twice) and Michael Jordan. 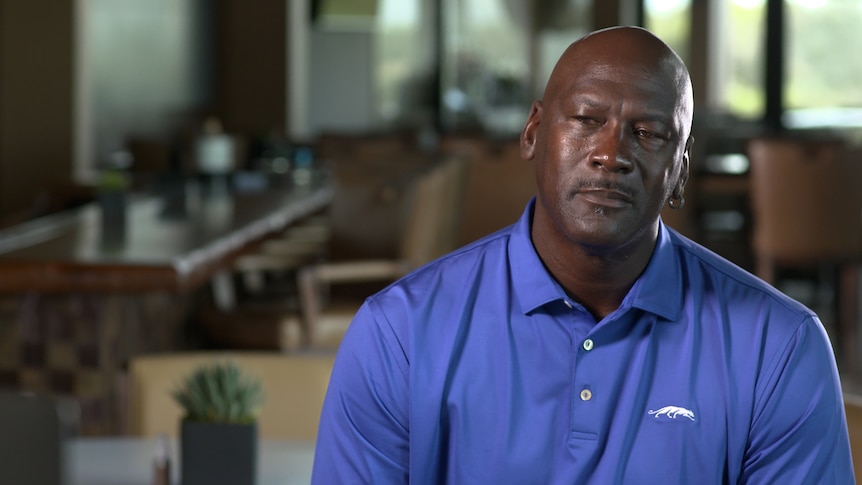 I knew it was a good get to secure an interview with Michael Jordan, arguably the world's greatest sportsperson, but it wasn't until we saw the reaction on Twitter and YouTube that we really understood the scale of our scoop, writes...

She couldn’t speak but the extensive bruising across Kirra Mcloughlin’s face told her mother Alison Kirkness everything she needed to know.

From the moment Alison saw her daughter brain-dead in a hospital bed, she knew the story concocted by Kirra’s boyfriend Paul McDonald that she’d died from an antidepressant overdose didn’t stack up.

For the past seven years, Alison has worked tirelessly to gather evidence proving that her daughter died at the hands of her boyfriend. The findings of a Queensland State Coroner recently confirmed these suspicions, concluding that Kirra had been killed by McDonald.

@AustralianStory
A mother's battle to bring her daughter's killer to account pays off when a coroner's inquest leads to a breakthrough. The Road to Justice Monday on #AustralianStory @ABCTV #BeenhamValleyRoad https://t.co/Q5DwreYCyV
TV.Cynic August 19, 2021, 9:50pm #252

They call themselves the “luckiest Australians”, plucked from the ocean in a daring rescue.

In the midst of the Afghanistan exodus, a positive story of an unexpected rescue that saved men, women and children and began an incredible 40-year connection with their rescuers.

@AustralianStory
Next on #AustralianStory: the survivors of a daring sea rescue are reunited with their Aussie saviours Saving MG99 | Monday 8pm @ABCTV https://t.co/2CNBBKESI3
TV.Cynic August 26, 2021, 10:36am #253

Introduced by Packed to the Rafters actor, Rebecca Gibney

Iconic Australian actor Michael Caton lives life to the full and makes no apologies for it. But at 78 he is aware the clock is ticking.

In a candid interview, The Castle actor talks about the highs and lows of his career, the challenges of ageing and his lifelong friendship with fellow actor Jack Thompson.

Australian Story joins him on a road trip across NSW where he meets farmers lobbying against a coal seam gas project in the north-west.

For Caton, life is now imitating art, and nothing matters more than making an environmental difference during the time he has left.

Beyond the Grave | ‘The Somerton Man’

When the body of a well-dressed man was found on Adelaide’s Somerton Beach in 1948, police assumed that somebody would soon come forward to identify him. But nobody did.

More than 70 years later, the mysterious case of the “Somerton Man”, as he became known, regularly makes the lists of Australia’s most baffling unsolved cases.

Was he murdered? Was he a Russian spy? Was it suicide? Or was he the victim of a love triangle?

Now, in an update to our first program in 2019, Somerton Man’s remains have been exhumed from an Adelaide cemetery in the hope that the mysteries behind this enduring cold case might finally be revealed.

Dr Jamal Rifi is a GP who’s sacrificed his retirement, and his front yard, in the battle against the nation’s worst Covid outbreak.

When the virus first arrived in Australia in March last year, Dr Rifi immediately set up a drive-through testing clinic in his front yard in Southwest Sydney and later a vaccination clinic in the carpark of his medical centre.

Meanwhile, his dreams of travelling Australia in the company of wife Lana remain on hold, and his custom-designed motorhome waits outside his medical clinic.

@AustralianStory
Next on #AustralianStory, the doctor fighting Covid from his front yard in the heart of Sydney’s outbreak The Good Doctor Monday 8pm @ABCTV https://t.co/HG6mqS3UzY
TV.Cynic September 16, 2021, 9:33am #256

This is the story behind the story of the refugee family at the centre of a tug-of-war between a small country town and powerful forces of government.

Since then, the family has been in detention as a high-stakes legal battle plays out in the national spotlight between their lawyers and the Federal Government.

Australian Story reveals disturbing footage of the family’s time in detention and exclusive interviews with Priya and Nades as they wait to hear whether they’ll be deported to Sri Lanka and an uncertain future in three months’ time following a recent reprieve.

@AustralianStory
The Queensland town that cast politics aside to fight for a desperate family. No Place Like Home | Monday on #AustralianStory @ABCTV https://t.co/1xvrEUtdiV
2 Likes
JohnsonTV September 22, 2021, 10:23pm #257

Four Corners reporter Angus Grigg will be introducing next Monday’s episode (September 27), about the foreign exchange insider trading scandal involving two men who were university friends. Before he joined the ABC, Grigg was at Australian Financial Review earlier this year and narrated the 7-part podcast The Sure Thing, about the scandal, and he did most of the interviews.

Australian Story goes behind the scenes of the AFP investigation into the biggest insider trading case in Australian history.

When Chris Hill bumped into old university friend Lukas Kamay at a party in 2013, he never imagined that months later he would be at the centre of a scandal that would rock the country’s financial establishment.

A chance conversation led to a deal for Chris to share yet-to-released data from his employer, the Australian Bureau of Statistics. Lukas then used the information to trade the Australian dollar on the foreign exchange market.

A story of greed, secrets, conviction and ultimately redemption.

The Godfather of Coral | Charlie Veron

77-year-old scientist Charlie Veron has spent his much of his career underwater charting the world’s coral reef wonderlands.

It’s a bold plan, but could it be the solution to future-proofing our precious world heritage-listed site?

Australian Story revisits author Matthew Reilly in Los Angeles as he makes his debut behind the camera, directing his own action movie for Netflix.

It’s a childhood dream come true for the self-confessed movie buff. In his late teens he realised no one was going to hand an inexperienced director a big budget movie, so he began to put those action adventures down in writing, ultimately breaking through as a bestselling author.

After six years of trying to convince Hollywood to back him, Reilly’s just finished directing Interceptor, which stars Elsa Pataky as an army lieutenant who disables a nuclear attack on America.

Funny man Max Gillies has been making people laugh all his life.

As the star of 1980s hit comedy show The Gillies Report, he became famous for his outrageous political satire.

Politicians across the spectrum were the butt of his jokes and his impersonation of Bob Hawke was legendary.

Now as he nears 80, Max Gillies reveals the family secrets that helped shape his comic brilliance, talking candidly about his mother’s mental illness and the mystery of his absent father.

And how some surprising answers came to light when he got a phone call out of the blue from trucking magnate Lindsay Fox.

Over the past 25 years Australian Story has travelled around the country, and the world, to tell more than a thousand stories.

To mark our quarter century, we asked fans to vote for the episode they’d most want to revisit — and we listened!

With This Ring told the story of central Queensland horsewoman Gayle Shann who survived an horrific farming accident in 2002.

Australian Story first filmed Gayle and husband Mac in 2003, as they grappled with a new way of living life on the land. Our cameras have been rolling ever since.

In this heartwarming next chapter, we’re thrilled to discover the Shanns are thriving. Proving love really does conquer all.

@AustralianStory
It’s happy days for #AustralianStory’s most popular couple, Gayle and Mac Shann. They invite Australia back into their home Monday 8pm (AEDT) @ABCTV https://t.co/rPLseRNBrY
← previous page next page →
Get Connected: Like us on Facebook | Follow us on Twitter