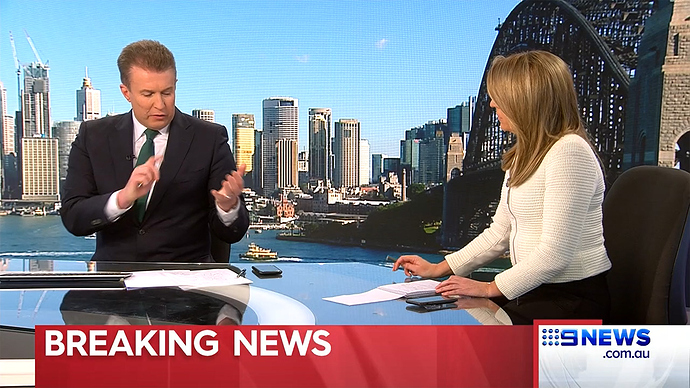 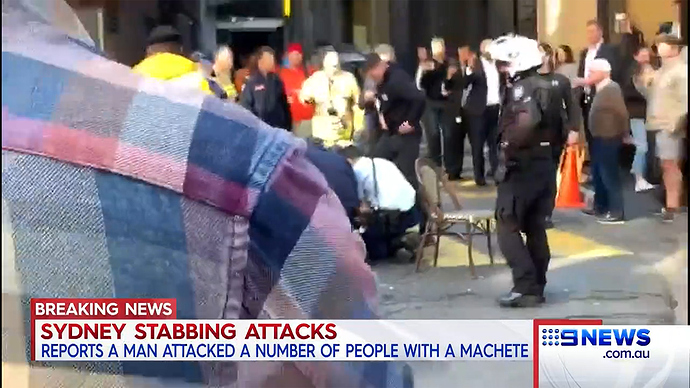 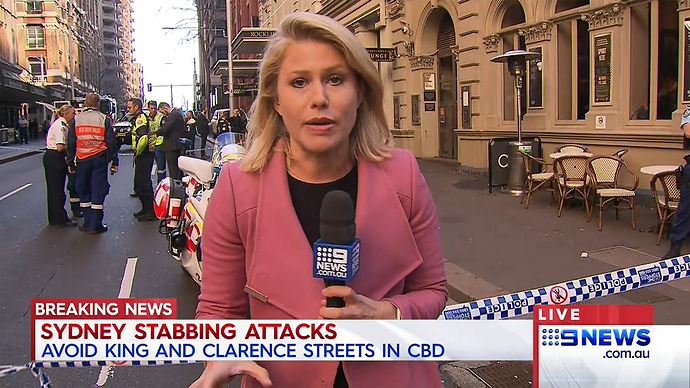 #BREAKING | A man has been arrested after reports of multiple people being stabbed in Sydney's CBD. READ MORE → 10daily.com.au/news/australia… https://t.co/B2uG5RUQGv

#BREAKING: A man has been detained in Sydney after an alleged attack on York St. #TDE7 https://t.co/UDZNynMD3x 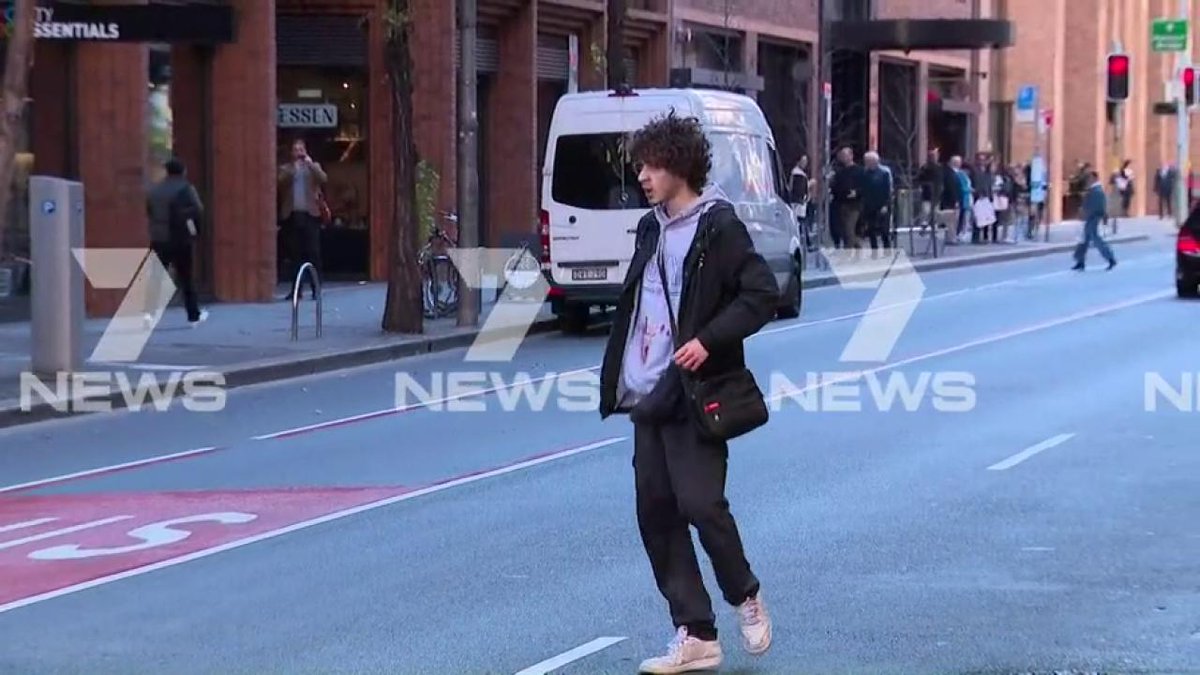 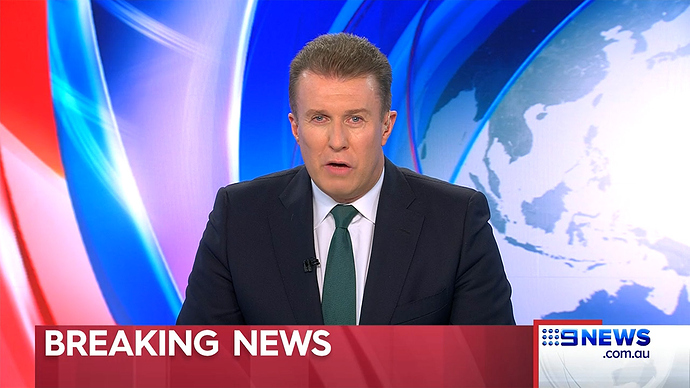 At 3pm in Melbourne we went to this coverage with Peter Overton.

Major police operation in Sydney CBD, it is believed that a man had stabbed a number of people. 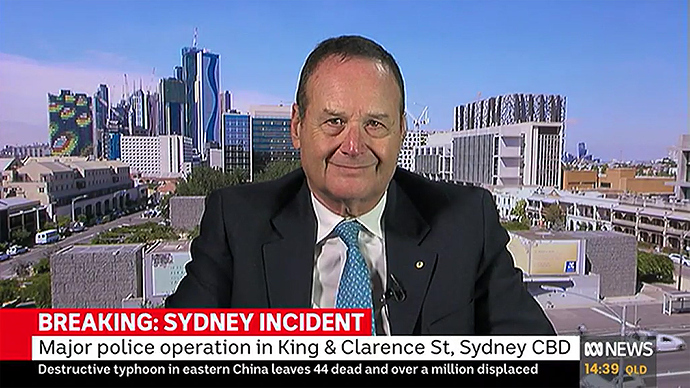 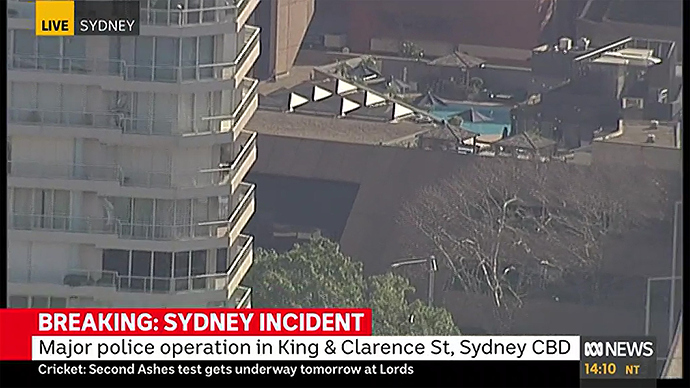 Looks like Seven will have the advantage come 6pm with a cameraman capturing the action:

Just witnessed incredible bravery from members of the public and ⁦@FRNSW⁩ officers chasing down a man on a stabbing rampage in Sydney’s CBD. He is now under arrest. ⁦@7NewsSydney⁩ https://t.co/wNKatejHVp
4 Likes
TV.Cynic August 13, 2019, 5:21am #8

Strange that the police media conference that ABC News had shown live was only seen on Nine at its conclusion. Probably time to repeat the same footage of the arrest another 5 10 times. 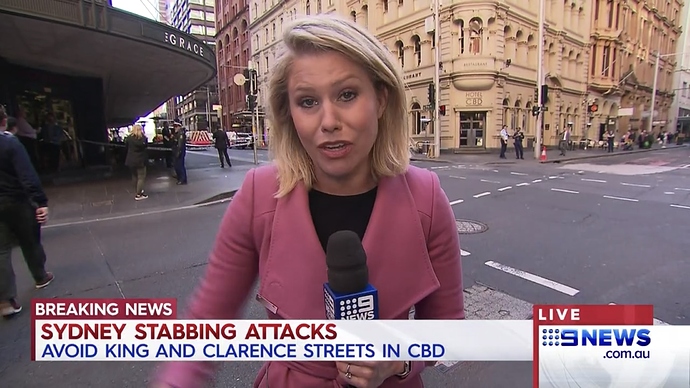 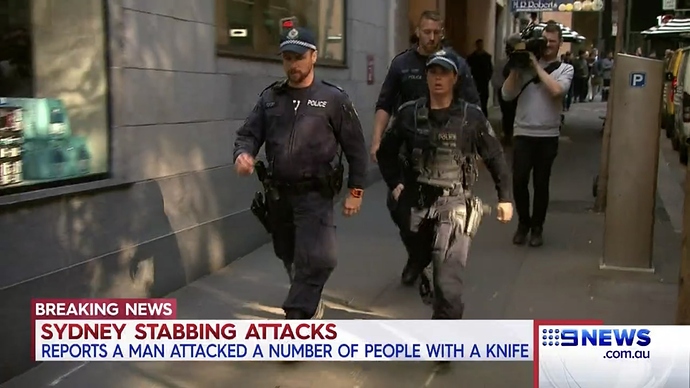 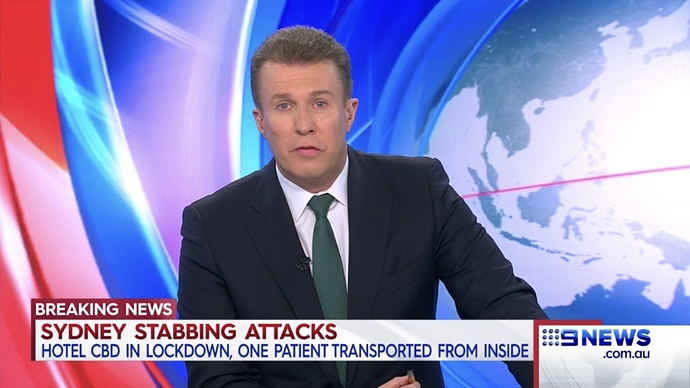 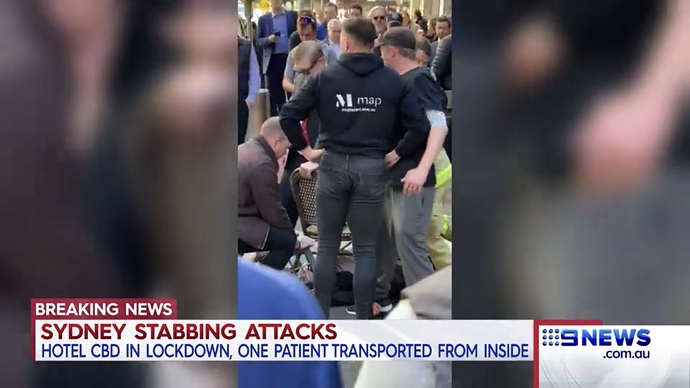 Nine just reported that one person has been found dead. Unconfirmed at this stage.

Sounds like Andrew Denney was actually there to witness and document the event. Explains why the odd watermarking - my guess is he used a watermarking app on his phone and uploaded.

A very Australian way to ending a siege, with the alleged perpetrator being held down by two dining chairs and a milk crate.

7NEWS reporter @Andrew_Denney was one of the witnesses who saw the man carrying a knife in Sydney's CBD. "He was saying to people 'shoot me in the head.'" 7news.link/DHIy1E #Sydney #7NEWS https://t.co/UZxiISD5mD 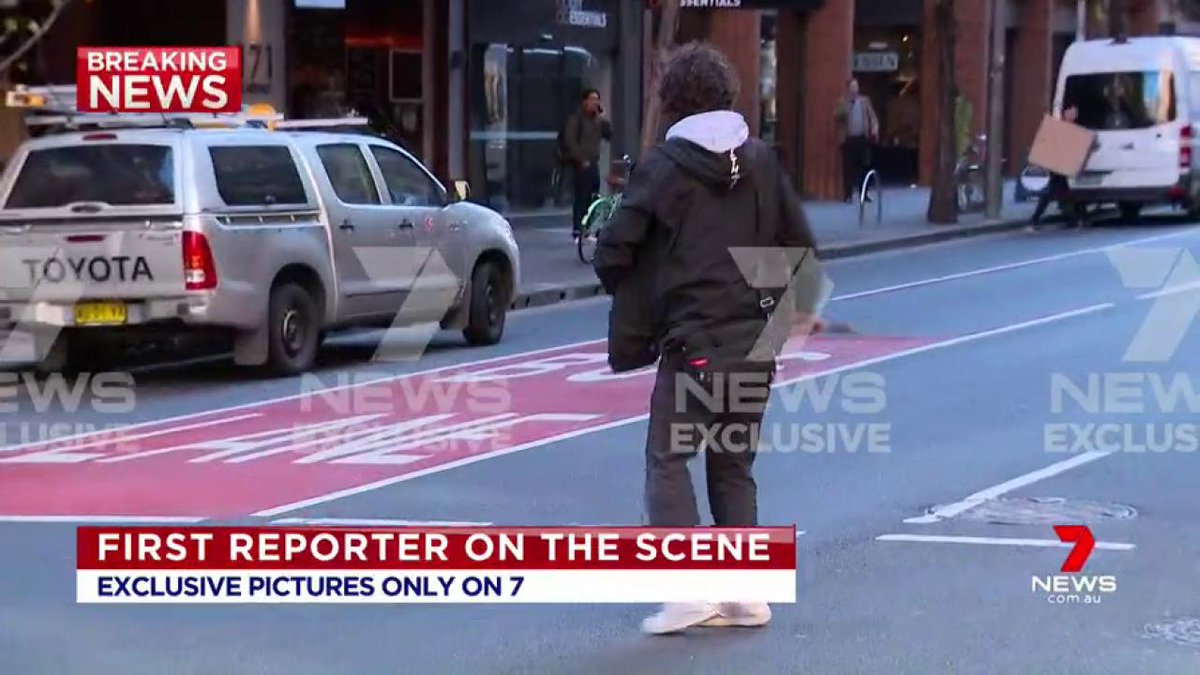 After one hour of coverage on 9 News Now, Queensland viewer’s got local news at 4 and the lead story was the Sydney stabbing! Luckily it only went for a minute at the start of the news; they returned with more later.

Seven News at 4pm has had several local stories and has only now (4:07pm) got to the Sydney CBD event - the story ran for probably one minute.

And it’s also been confirmed that it’s linked to the attack.

Does anyone have caps from 7 News (coverage that was exclusive to Sydney)?

Nine just reported that one person has been found dead. Unconfirmed at this stage.

The violent attack that took place in Sydney this afternoon is deeply concerning. The attacker is now in police custody following the brave actions of those who were present at the scene and were able to able to restrain him.
next page →
Get Connected: Like us on Facebook | Follow us on Twitter