Multichannels services is exactly what happened in South Australia, Broken Hill and Griffith, and it’s had the same result as aggregation everywhere else.

Multichannels services is exactly what happened in South Australia, Broken Hill and Griffith, and it’s had the same result as aggregation everywhere else.

… nope … that’s not what happened in those markets … they were not included in the television equalisation legislation at all so an entirely different approach, based on the similar expansion of commercial radio services in smaller regional areas, “supplementary licences” was implemented totally separately …

I was referring to the end result.

I was referring to the end result.

… not necessarily … a little bit of history … the original work done by DoTaC on regional equalisation came to the conclusion that any form of aggregation would potentially require a change to ownership and control provisions “on a case-by-case basis” … accordingly they included a note to that effect “for those markets that chose aggregation” … Packer and co had a further whisper in Hawke’s ear to expand that further, which was entirely unnecessary to achieve equity for regional markets, but suited the media-mogul “mates” and suddenly the ball was passed to Keating to bring in legislation which abolished the two-station limit in all markets and instead create a legislative environment that not only suited Packer for television, but also gave a free kick to Murdoch in the newspaper world … it was that which created the “end result” you write of … it would not be the case at all if MCS was adopted in the first place and the two-station rule remained … 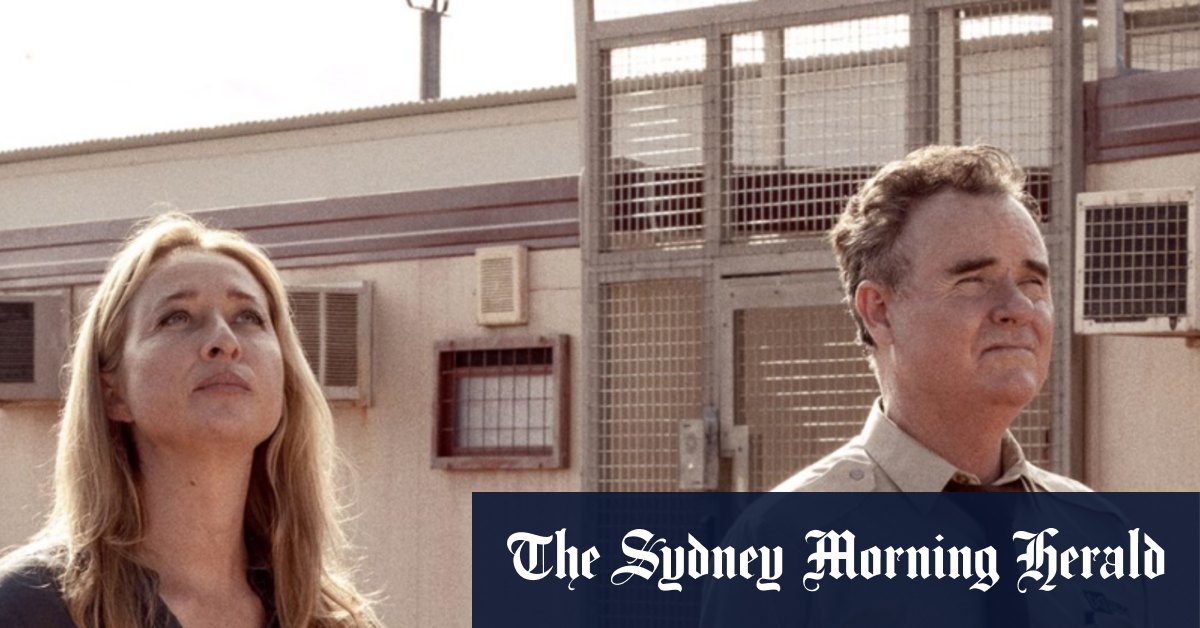 Netflix warns the introduction of local content quotas will raise the costs of creating programs and further damage the local production industry.

Why do networks not want local quotas on Streaming? | TV Tonight

Independent producers make the case against a proposal to reduce local drama quotas in Subscription TV. The Australian Parliament has passed the Broadcasting Legislation Amendment (2021 Measures No. 1) Bill 2021, which will provide community television stations in Melbourne and Adelaide with a further three years to transition to online delivery and...

Interestingly those amendments to the Radiocommunications Act 1992 only apply to those two community television stations. The Indigenous and Snowy Mountains HPON stations don’t fit into any of the definitions specified, so they aren’t being forced to move on-line, (well, not at the moment at least).

In 2019 Prime Media, Southern Cross Media and WIN Corporation sent letters to the secretary of the Department of Communications proposing a merger of the three television operations, according to documents released by the department in response to a Freedom of Information request from The Sydney Morning Herald. Under the proposal local news would have been provided in each market. 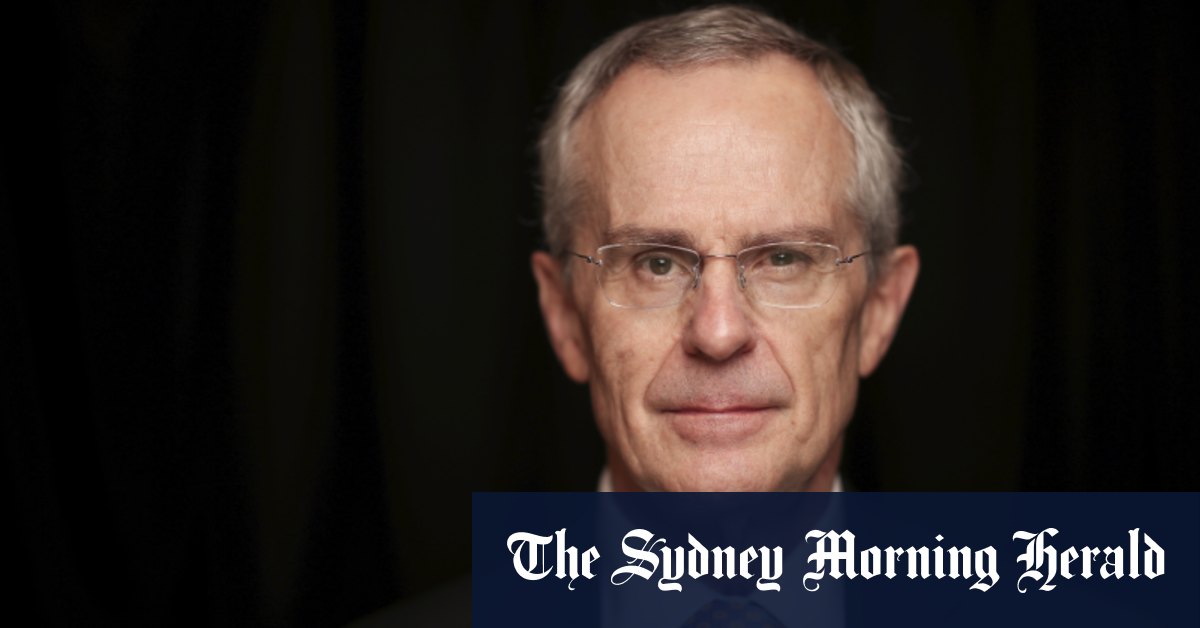 ‘We have no levers left to pull’: Regional TV’s bid to save itself

Private correspondence between regional TV executives and the federal government reveal the financial struggles of an industry, which are yet far from over. .

Screen Producers Australia (SPA) welcomes the release of a landmark Parliamentary report into Australia’s arts and cultural institutions, and the clear recommendation for a 20% Australian content safeguard on streaming video services.

The House of Representatives Standing Committee on Communications and the Arts has released the report of its inquiry, titled Sculpting a National Cultural Plan, and it includes two key recommendations relating to the screen sector.

“SPA welcomes the findings of the inquiry, which took a detailed and considered look at the importance of the sector to the country’s cultural, social and economic well-being, the impact of the pandemic, and what steps are necessary to ensure success into the future,” said Matthew Deaner, CEO of SPA.

“We would like to thank the Parliamentarians on the Committee for their diligent exploration and consideration of the issues and the thoughtful response to the full scope of factors in play.

“In particular, the report recognises that Australia’s screen sector is a major cultural industry which creates jobs, promotes Australia to audiences overseas and is a ‘nation-building asset’. The importance of screen content production to regional economies, in terms of local investment, showcasing regions and encouraging future tourism is also a highlight of the report, as is the recognition of the cultural and economic power of Australian children’s content.

“Of critical importance, however, is future-proofing the regulatory environment for the sector, and this is explicitly supported by the landmark recommendation for a 20% Australian content expenditure requirement on streaming services.

“This is in line with the SPA proposal, and will create 10,000 local jobs, $360 million in new investment and 300 hours of great Australian content for audiences, on the platforms they are using.

“A safeguard at this level will keep us competitive internationally with markets such as France and Italy, which have implemented or announced 20-25% safeguards. Canada is also considering a quota at this level.

“We also know that such a measure would be popular with Australians, who in recent polling expressed majority support for a 20% safeguard for streaming platforms in Australia.

“With the release of this report the time is ripe for Government action, and we look forward to the release of the Minister’s response to the Media Reform Green Paper and a transition into conditions of certainty and growth."

Australia’s independent production sector today heralded the passage through Parliament of a significant boost to vital screen support measures, and also warmly welcomed amendments which protect tax support for many in the industry.

The passage of the Treasury Laws Amendment (2021 Measures No. 5) Bill 2021 brings into effect the long fought for increase in the Producer Offset for television productions, rising from 20% to 30%.

Screen Producers Australia (SPA) is also very pleased to note that significant amendments were made to the Bill during debate in the Parliament. These changes wind back some potentially challenging reforms which would have made accessing financing support harder for a range of producers in our sector.

Since the changes were first announced in September 2020, SPA has fought strongly and consistently to have their impact mitigated, and we are very grateful to the Parliament for listening to the industry’s concerns and accepting these amendments.

“This is a landmark day for the production sector. The passing of the laws will unlock rich new streams of financial support into the sector, and is the culmination of years of effort. It’s also an important day for Australian audiences, with the boost in the Offset an important part of securing the future of Australian stories on the small screen,” said SPA CEO Matthew Deaner .

“We thank the Government for moving forward with this critical measure for television production. We are also grateful for the support of all Parliamentarians in working towards an outcome on this Bill that benefits the screen industry as a whole, in particular the ALP for moving amendments supported by the Greens and other parties, and ultimately the Government,” said Deaner.

“The passage of the laws will resolve a period of uncertainty for many production businesses regarding the Offset, and helps to unlock funding and cashflow for a significant number of Australian television productions, which is wonderful news for SPA members and the Australian viewing public,” said Deaner. 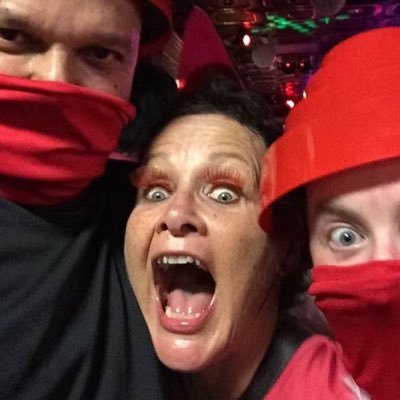 @scoopgeorge
BREAKING Australian film and TV industry news: the legislation that gives effect to the Producer Offset for TV drama going from 20% to 30% was passed today but without the package of policy changes that would have made low-budget features and documentaries harder to finance.

@latingle
So federal parliament did at least get one decent thing done today: a support mechanism for TV production -promised in September last year to start from July 1 has gone through. It had been estimated up to $400 million of production was in peril if the legislation was not passed. 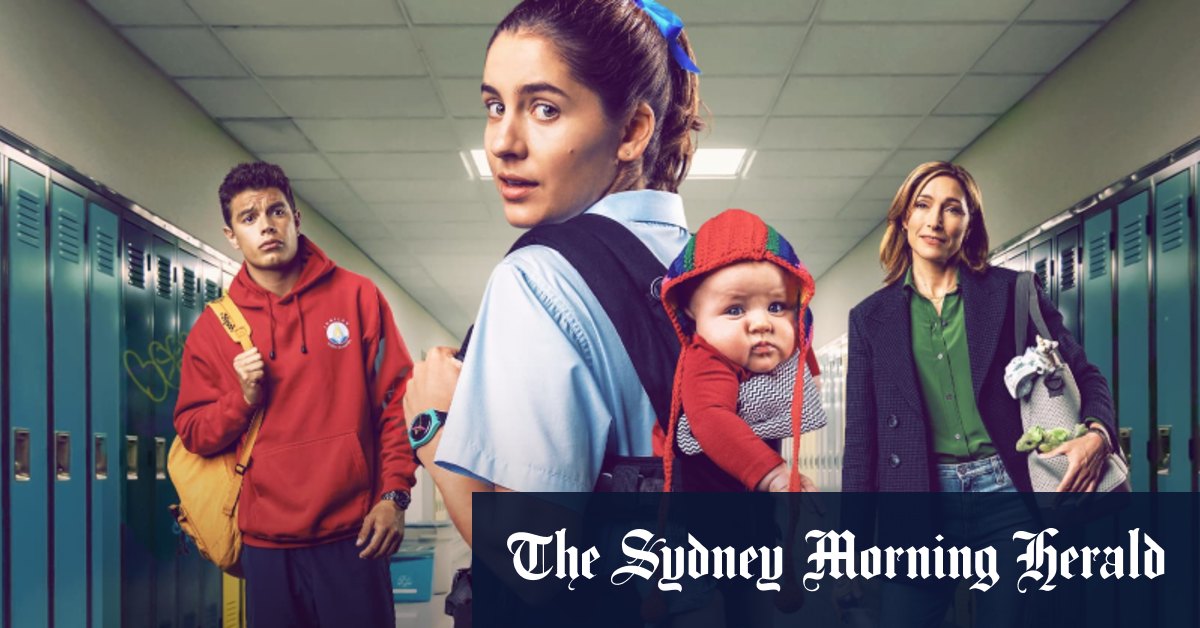 Fearing a revolt from a volatile backbench, the government capitulated to Labor’s demands and abandoned its attempts to tighten rules as it increased tax rebates for the screen industry.

The resolution means the centrepiece of the federal government’s package – the increase in the TV producer offset rebate – will be implemented and backdated to July 1. The screen industry has been desperately awaiting the passage of the measure, estimating $400 million in productions were on the line. The federal government and opposition have accused each other of playing political games in relation to legislative offset changes as the measures face further obstacles in their passage through parliament.

A key element of the legislation was lifting the Producer Offset for non-feature length content from 20 to 30 per cent, and the passage of the Bill before the end of the sitting year had become a pressing priority for the industry.

Given the legislation is supposed to apply retroactively to July 1, many TV projects had already gone into production on the assumption of a 30 per cent offset. 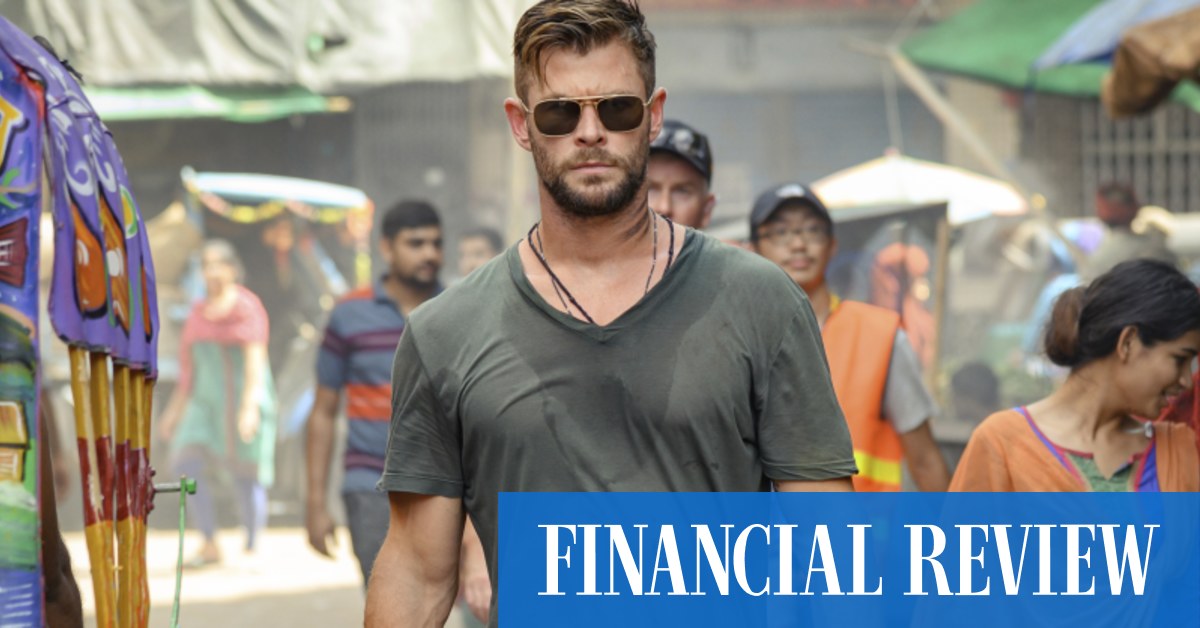 Millions in funding for productions had been held up by uncertainty in Canberra, with the deadlock resolved in the final sitting days before the Christmas break.

“This is a landmark day for the production sector. The passing of the laws will unlock rich new streams of financial support into the sector, and is the culmination of years of effort.

“The government has now adopted Labor’s changes because it knew it did not have the numbers in the lower house,” he said. “Labor’s sensible and responsible amendment has saved jobs and businesses.”

While this is good to see, its a shame that we have resorted to needing to propping up the industry in this way in order to get local content 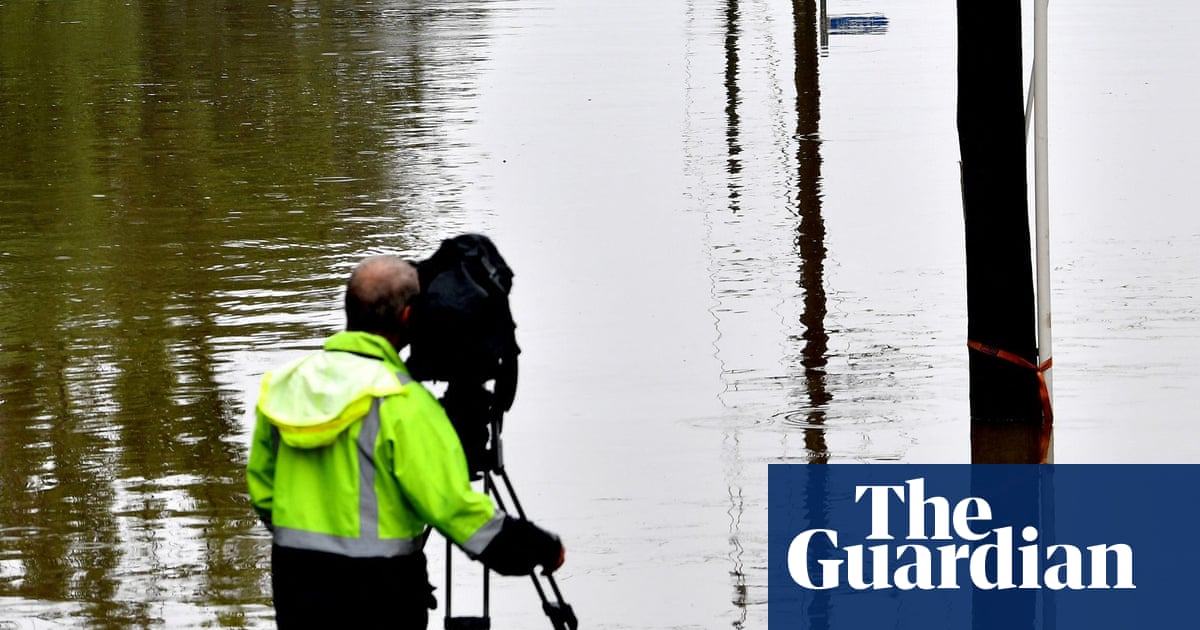 This has already been posted a few days ago The increasingly crowded streaming market - #562 by TV.Cynic 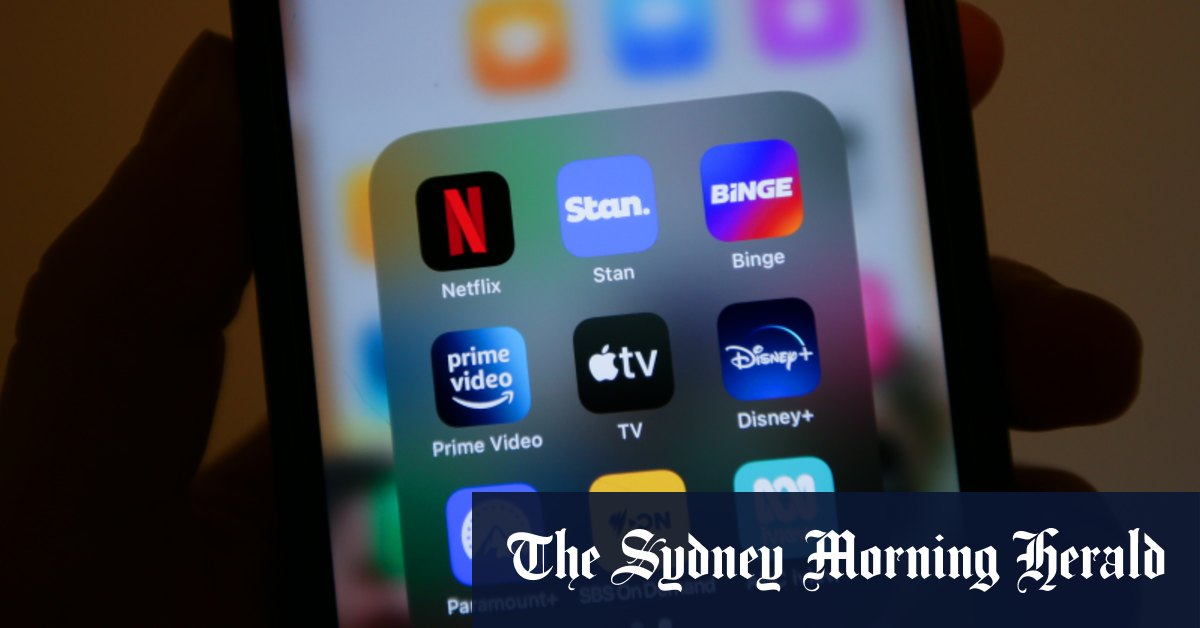 Global streaming giants have asked the federal government to not impose production quotas, saying a shortage of labour and a lack of facilities make it impossible to meet targets.

Something odd in the ACMA’s 2021 Population Determination.

But also not the point I was making. If you add the raw figures of Mt Isa TV1 and Central TV2 together, it should equal Central TV1 which covers both of the prior areas. But it doesn’t.