All Together Now Australia

Whilst originally revealed by TvTonight earlier last week, Seven has confirmed (via a promo) that they are casting for new series All Together Now Australia. 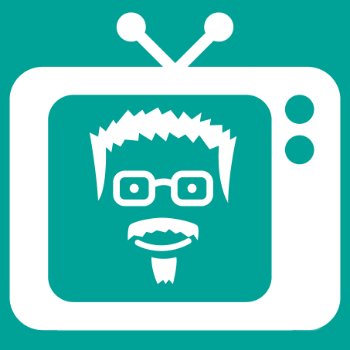 Seven are casting for a new singing show ALL TOGETHER NOW (that's right), where individuals and groups perform for 100 judges. Apply here: go.mycastingnet.com/Apply/Show/All… https://t.co/FIyi1gfvjZ
bacco007 March 7, 2018, 8:37am #2

Isn’t All Together Now how Stevie Jacobs got his start outside of regional tv?

Another unoriginal format. This show just finished airing it’s first season in the UK on Saturday.

Been there. Done that.

All Together Now (Australian TV series)

All Together Now was an Australian sitcom that was broadcast on Nine Network between 1991 and 1993. The premise involved an ageing rocker (Jon English) trying to maintain his music career while living with his son and daughter. For an undetermined number of initial episodes filmed prior to public broadcast, the show title was "Rhythm and Blues" and had a different theme song. At the 1992 Logie Awards, the show and its actors were nominated for four awards:

Hopefully Jane Hall returns to reprise her role in this long awaited reboot.

Ew. Sounds like another show where they came up with the title before the format.

Does the winner get to be managed by Wayne Lovett, “agent to the stars”? His sleazy “chicky-babe” schtick would go down well with the females in 2018.

Oh, dear god. This (in my opinion) looks horable.

Julia has a new home on Seven as host of ALL TOGETHER NOW.

The multi-talented Julia Zemiro will get the whole of Australia singing when she presents ALL TOGETHER NOW.

Channel Seven’s brand new singing show sees a range of talented singers (solos and groups) perform in front of the biggest judging panel Australia has ever seen. The 100 will be made up of great singers and industry professionals with big voices and even bigger opinions.

If any of The 100 like what they hear, they can stand up, join in and sing along. The greater the number that join in, the higher the act’s score.

Who can get them ALL on their feet singing along? The urge to join in at home will be irresistible.

“THIS is the singing show we’ve all been waiting for,” Julia says. “No journeys. No long stories. Just great singing. And judges? There are 100 judges! You heard right. They come from all walks of life and celebrate who we are.

“I LOVE a big sing. And there’s something quite fabulous about a whole group of people singing their hearts out. I can’t wait to run this fabulous singing show through its paces!”

The actor, singer, writer and comedian is best known as host of the hugely popular RocKwiz and her own interview show Julia Zemiro’s Home Delivery, making her one of the country’s most accomplished and best-loved presenters.

The UK series starring Geri Halliwell is one of BBC One’s most successful new entertainment launches of the past year, with the finale delivering 3.74 million viewers with a market share of 16.6 per cent. A second series has already been commissioned.

ALL TOGETHER NOW is produced by Endemol Shine Australia for Channel Seven.

Isnt there a copyright on the name All Together Now???

I’m sure she can control herself so she doesn’t offend the prudes.

IIRC Julia has already been on a 7 singing show. She was part of It Takes Two some years ago…

Former X Factor judge Ronan Keating will return to Seven as a judge on All Together Now according to News Corp. 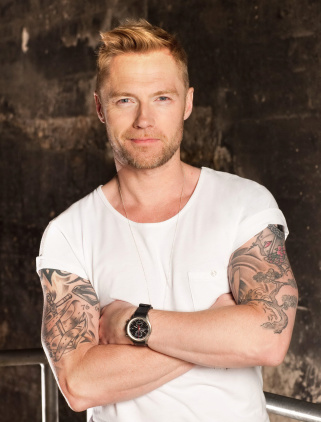 Singing superstar Ronan Keating is set to captain the biggest judging panel Australia has ever seen on ALL TOGETHER NOW.

Channel Seven’s brand new singing show hosted by Julia Zemiro sees a range of talented singers (solos and groups) perform in front of The 100, a group made up of great singers and industry professionals with big voices and even bigger opinions.

If any of The 100 like what they hear, they can stand up, join in and sing along. The greater the number that join in, the higher the act’s score. Who can get them ALL on their feet singing along?

“This show is a massive hit in the UK and so much fun,” Ronan says. “I jumped at the chance of being The 100 captain.

“I’m looking forward to seeing which acts can bring us to our feet and get us singing. Australia is like home to me so any chance to return here is a blessing.”

After making his debut as the lead singer of Boyzone, Ronan launched his hugely successful solo career in 1999. His 10 studio albums have sold over 22 million copies worldwide and produced countless hits including When You Say Nothing At All, Life Is A Rollercoaster and Lovin’ Each Day.

The UK version starring Spice Girl Geri Horner has been a smash hit for BBC One with a second series already commissioned.

ALL TOGETHER NOW is produced by Endemol Shine Australia for Channel Seven.

For audience tickets, head to AllTogetherNowAustralia.com