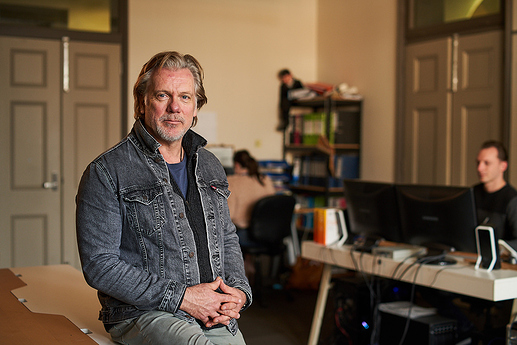 Erik Thomson ( Packed to the Rafters, The Luminaries ), stars as Easton West, an internationally renowned yet volatile celebrity chef whose spectacular fall from grace sees him return to his home town in the Adelaide Hills, where he endeavours to rebuild his career and restore his reputation, with the help of his talented, young, pastry-chef niece.

After their unplanned Covid hiatus, the team at Closer Productions ( The Hunting, In My Blood it Runs ) are excited to be back to work. Closer Productions producer Rebecca Summerton says “It’s great to be back in production. I am delighted to be working with the Aftertaste (w/t) team and our production partners to bring this exciting new comedy to audiences.”

ABC Head of Scripted Production Sally Riley says “We’re thrilled to welcome Erik back to the ABC, in a role created for him by Julie de Fina and one that is very different to his usual characters. I can’t wait for the talented team at Closer Productions to bring this irreverent and laugh-out-loud series to the screen”

Head of Content at Screen Australia, Sally Caplan says “Closer Productions have an impressive track record of creating compelling and edgy comedy-dramas and we are delighted this series is back in pre-production and can’t wait for the ABC serve up this high cuisine drama.”

Aftertaste (w/t) , will film in Adelaide and the Adelaide Hills in the coming months and premiere next year on ABC.

Aftertaste sounds a bit like 800 Words. After a tragedy Erik Thomson moves to a new town, though this time with a niece rather than a son and daughter.

Aftertaste is a good title for the storyline.

When originally announced, the title was the uninspiring Yes, Chef!

That would have left a terrible taste in your mouth.