When Gillon McLachlan announced yesterday he would leave the AFL at the end of the 2022 season, he did say he wanted a new broadcast rights deal to be finalised before his tenure as league CEO ended.

I fear that in the rush to sign the new deal (to coincide with a new collective bargaining agreement with AFL Players Association) the AFL will just roll over the terms of the existing contract, meaning Seven will not be able to live stream men’s matches during the home and away season.

Did we want to merge the talk from the other threads yesterday?

Caroline Wilson this morning talking up Thursday Night AFL on Nine, saying “that would be my preference” or words to that effect.

Hopefully 10 get a piece.

So could the next rights deal have a 3 or 4-way split? It could mean more matches on FTA although Seven’s allocation will be reduced.

I would love to see the return of live Saturday afternoon matches in Victoria. There were opposition to this idea in the past over fears that fans would desert suburban and country football matches.

We could see something like that. Take the NFL model with various games on various networks. Downside (as we’ve seen with the cricket deal) is a dilution of the talent and therefore quality of the broadcast.
I personally think it could be worthwhile for the AFL to make the whole thing and then broadcasters sign up to carry games.
Maybe even sell games individually, allowing a few games to go to ‘other’ broadcasters, such as Amazon? Thoughts on this?

This is just boomer bullshit. If you’re gonna go to a suburban game, you’re going to go. If you aren’t, then having a game on FTA isn’t going to change that.

In my opinion, I hope the AFL goes to Nine. Maybe Nine and 10 could even do a joint deal like in 2002-2006. But we know Nine and Seven will NOT go into a joint deal with the AFL.

Rupert Murdoch will be the key in the new deal. If he opposes live streaming of men’s matches on FTA platforms (in order to protect the interest of Foxtel and Kayo) then Nine or 10 won’t bother to bid.

This will be the first big opportunity for Nine/Stan and 10/P+ to potentially land a major blow on Foxtel. All matches on one of either Stan Sport or P+ would be a massive drawcard to that platform, and with an FTA component of 3-4 matches could be a very attractive deal all round.

It’s possible there could be a split of rights but I can see Nine/10 being interesting in scooping up the lot in order to maximise subscriptions for Stan/P+.

We all know it will just be an extension of the current deal lets be honest.

Well this settles it I guess.

Anyone with a HS sub that could tell us what the article says?

@RalphyHeraldSun
The sting in the tail of the new long-term broadcast deal which isn’t too far away. How it could look and could Fox Footy gets its own call teams on Friday nights or even all games on the weekend? Huddo & Dwayne on a Friday night? heraldsun.com.au/sport/afl/afl-… https://t.co/7PxPy2JH2A 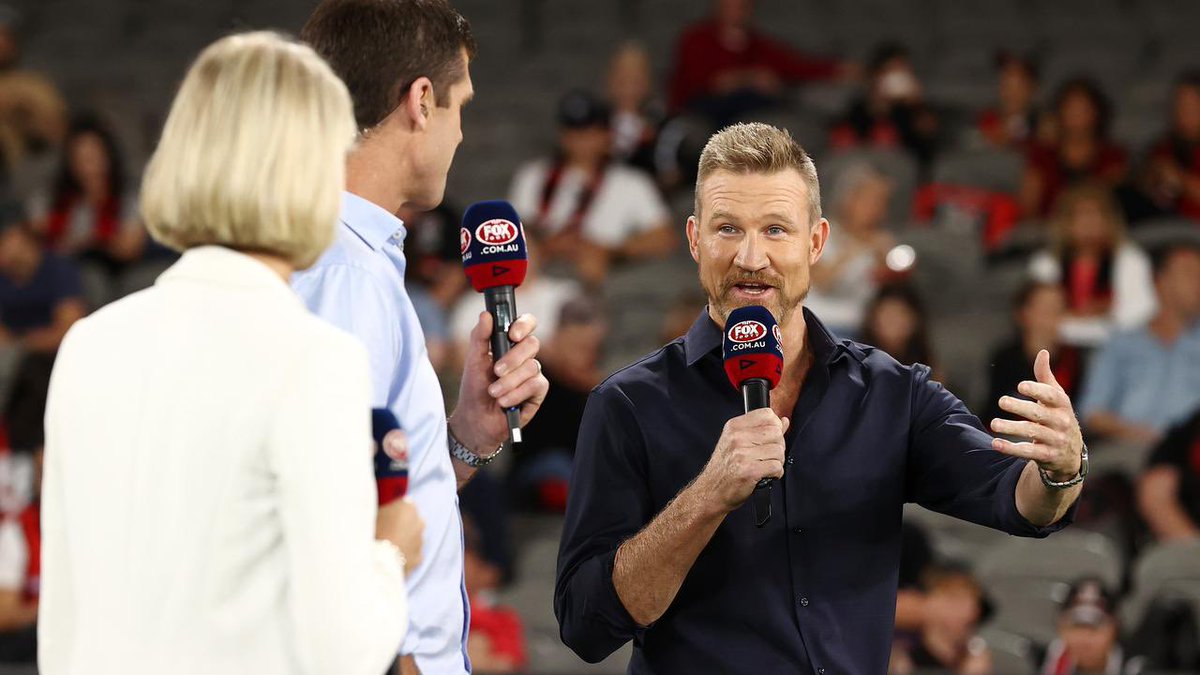 I personally don’t know why Fox would want their own call teams, wouldn’t that just increase the cost for them?

More of the same. I’d want Fox to use their own announcers as what they do with cricket and Rugby League.

My preference was Nine/Ten plus a streaming service like Stan, Paramount+ or Amazon.

Another disaster in the offing. Simulcast deals that have no value to free to air. Murdoch running the show. The fox product has detoriated over the years.

Lazy AFL not even getting bidders in from elsewhere. Just an extension of the current deal is ridiculous.

How do they know what others are willing to pay.

We all know it will just be an extension of the current deal lets be honest.

Yep, being the AFL they’ll stick with what they know it seems. I almost think the best we can hope for is FTA games being allowed on 7Plus (but that’s no guarantee given the debacle that is the cricket rights deal).

Key points from the HS article:

Despite speculation a streaming service like Amazon or Stan might emerge for one game per week, McLachlan said last month the league was happy with its current Fox Footy-Seven arrangement.

But it would take something extraordinary for the league to hand the rights to rival bidders.
The Herald Sun understands a new deal would be for at least three more seasons past 2024 and give the league at least five seasons of financial security.

It also has significant exclusivity, with Foxtel likely to ask for more games broadcast exclusively into non-Victorian markets.

the league was happy with its current Fox Footy-Seven arrangement.

Happy with mediocrity and no innovation?

Australia is still a backwater when it comes to rights deals. They haven’t been interested in what happens in the US and Europe and they’re poorer for it.

A lot of Australians don’t have fast and reliable enough internet to be streaming data intensive AFL Games. It would also annoy a lot of people to be have to pay extra just to watch 1 or 2 games that are exclusive to that service.