Looks as though Gold 1242 is no more. Now rebranded as Gippsland’s 1242 and appears to be nothing more than a direct relay of 3AW. How pathetic!!

Looks as though Gold 1242 is no more. Now rebranded as Gippsland’s 1242 and appears to be nothing more than a direct relay of 3AW. How pathetic!!

Breakfast is still local, though I’m not quite sure who with. Surprised they haven’t turned visitor posts off on their Facebook page.

2-3 years ago before they switched the live streaming off Gold 1242 was actually quite a good station to listen to as it had a fantastic mix of music and no talk. Can’t say the same now…

Kinda surprised that they haven’t reverted back to the 3GV call sign.

2AY, which is even more of a relay of 3AW also push their own NTS station, which the logo for 1242 is based on.

I suppose the rebrand slightly resolves the situation of three unrelated stations called Gold in Victoria.

Bit of a sad change, for me 1242 in Gippsland has always been music, whether it was pop music (like it was until the early 2000s as 3TR) or the older stuff from then on.

I guess they do have 3GG competing across a good portion of their licence area in the oldies, so the switch to talk may differentiate them slightly (not to mention save a few dollars). Though there’ll be a few upset no doubt, especially out east where the 531 signal isn’t crash hot and 1242 was the only non-Top 40 music station available.

The FM network was also at the Exhibition Centre beside 3AW broadcasting live across the day.

1089 3WM and I think 981 3HA have now both dropped Tom Elliott a couple of weeks ago for Local drive shows. He didn’t last long, Good move in my view. I hope for people in Gippland that they do similar on 1242

from what I heard today its mostly music

^ All online now, grouped with the Melbourne stations. 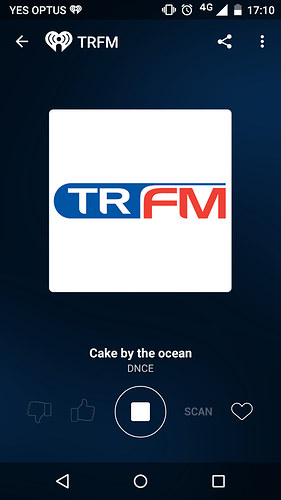 Radioinfo reports former Victorian Premier and local MP Denis Napthine will host a new talkback show on 3YB called The Great South Coast today. It will air each Friday between midday and 1pm from August 5.

Must be a slow news day. Nine News Melbourne is reporting this as new… today.

didnt Talia work for the previous Liberal state government? Bit odd having him report on his old employer.

You haven’t seen Ben Murphy at 7 in Brisbane then?

An ‘exclusive interview’ with Nicole Kidman on The Morning Rush. It goes for about 1 second!

Looks like a partial re-brand back to Gold 1242 is taking place in Gippsland. There is still some on-air presentation using the “Gippsland’s 1242” tag although the website and other IDs are using Gold 1242.
Coinciding with this is the networked breakfast show “Morning Rush” now being broadcast into Gippsland.

Are they back to music? I remember heading out that way and listening to GOLD had some solid music