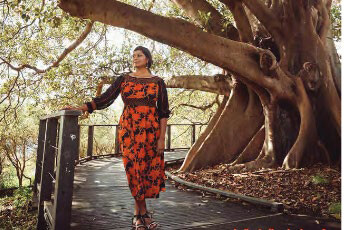 When broadcaster Indira Naidoo’s sister tragically took her own life, Indira sought solace in her daily walks. Discovering a grand old Moreton Bay fig tree, she finds moments of beauty, calm and joy while under its canopy.

While grief can be a traumatic time for most people, there is lightness, and reward, to be found if we are able to grieve well. When broadcaster and author Indira Naidoo suffered an immense loss when her youngest sister took her own life at the beginning of Melbourne’s first lockdown in 2020, she

Indira, the eldest of three sisters, explored her grief by turning to the natural world she had access to around her urban home in the middle of a lockdown – the clouds, the stars, the weeds, the ants, and the trees. On her daily walks, she found a wise old sage in the form of 150-year-old Morton Bay figtree in Sydney’s Royal Botanic Gardens and visited it regularly as part of her journey to reconnect with nature’s cycles of growth and renewal.

With the help of a series of “nature guides” she learnt how to find the beauty and healing properties of nature in her immediate environment. This notion that the natural world – even if it is just a city park or plants growing between the cracks in our pavement – can aid our mental as well as physical wellbeing is known as Biophilia. This reconnection with nature and the journey she took in writing her book The Space Between The Stars, enabled her to find moments of joy and warmth within the grief for her lost sister Stargirl. 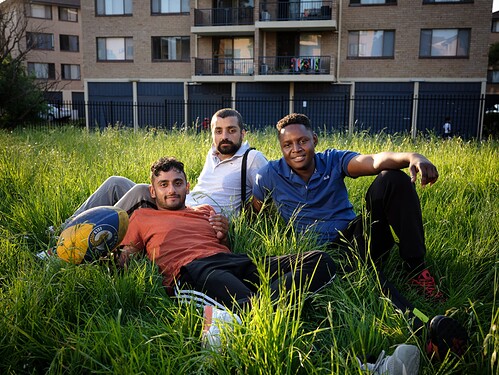 When a baby is kidnapped from a hospital by a desperate grandmother, her flight sets off a chain of events that bring together complete strangers over the course of one dramatic day.

Inspired by the eight distinct chapters and writers from the feature film, a short form documentary series titled, 8 Nights Out West also premieres on ABC TV and ABC iview.

Over eight nights, from Sunday, 7 August, actor and filmmaker Arka Das invites friends and collaborators from Here Out West to go out for a meal and uncover the delicious food shaping the myriad of cultures that make up Western Sydney.

From Bangladeshi street food and Chilean backyard barbecues to hand-crafted Lebanese sweets, the series unearths the spots serving up honest, authentic and mouth-watering meals from many corners of the globe.

The episodes are a lively mix of light-hearted banter and deeper reflections with guests, as the food reignites fond memories of how their cultural backgrounds have helped shape them as creatives. 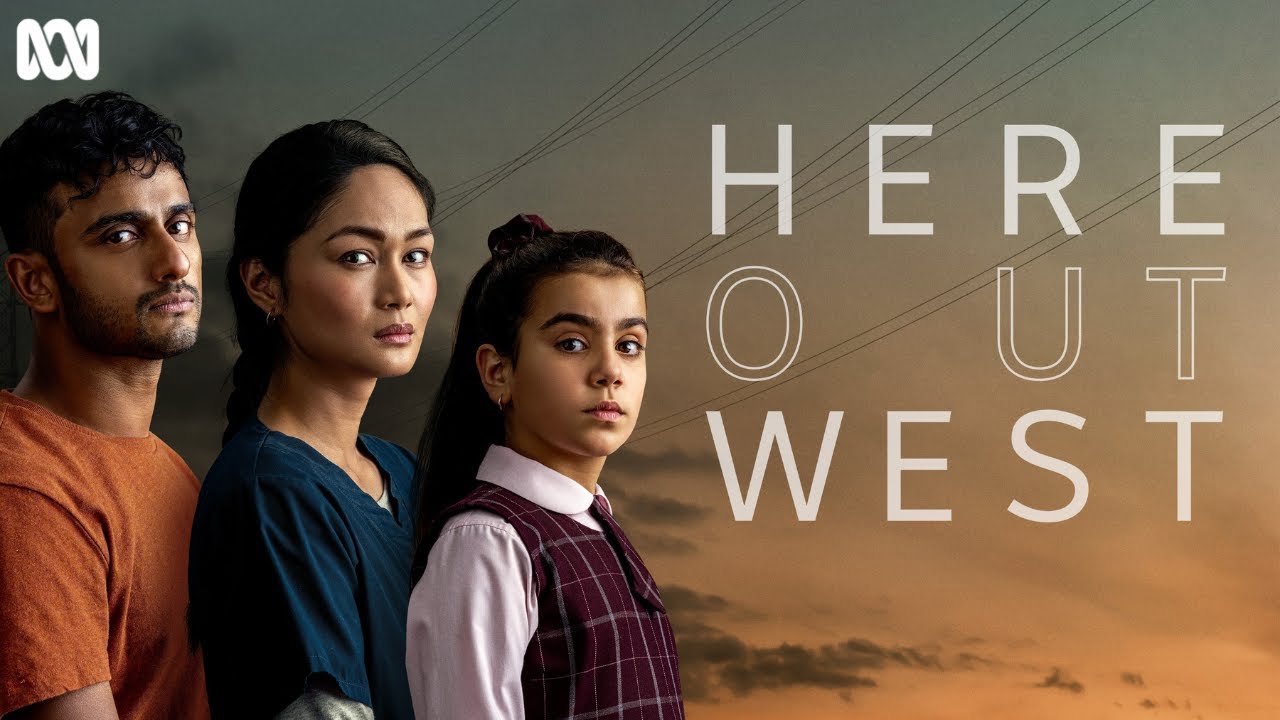 Tuesday 26 July
7:30pm 7.30
8:00pm The ABC Of Sarah Ferguson
8:30pm Miriam Margolyes: Australia Unmasked
9:30pm The Human Revolution: Rise Series Premiere Trace the human story back through deep time to discover who our ancient cousins really were, and what they can tell us about our own story.
10:30pm ABC Late News
10:45pm The Business Rpt
11:00pm Four Corners Rpt
11:45pm Media Watch Rpt

Science of Drugs with Richard Roxburgh 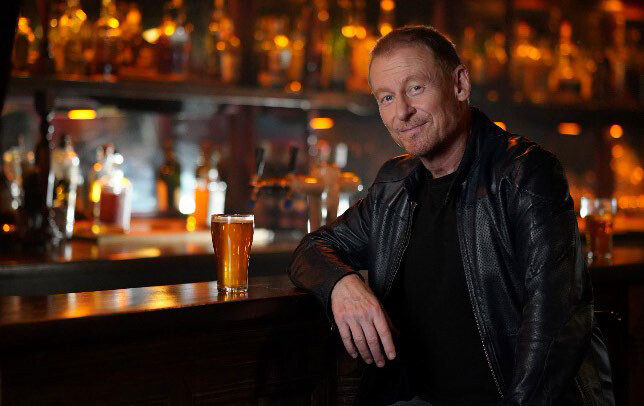 Science of Drugs with Richard Roxburgh unpacks the history, harms and surprising benefits of our most common recreational drugs.

Presented by Richard Roxburgh this four-part series is drug science without the politics. Featuring fascinating interviews with the top international researchers, this is an entertaining, irreverent and in-depth examination of our most common licit and illicit substances.

Episode one, Legal and Lethal, unpacks the science of our two most deadly and commonly used legal drugs – tobacco and alcohol. Together they take around ten million lives each year. But smoking wasn’t always as deadly; as science historian Professor Robert Proctor reveals, the modern cigarette has a fascinating history – which is key to understanding how our nicotine habit transformed into such a lethal addiction.

In the UK, government drug advisor Professor David Nutt was famously fired for claiming that ecstasy and LSD were less dangerous than alcohol. In this episode we discover why he considers alcohol to be the most harmful drug in society today. 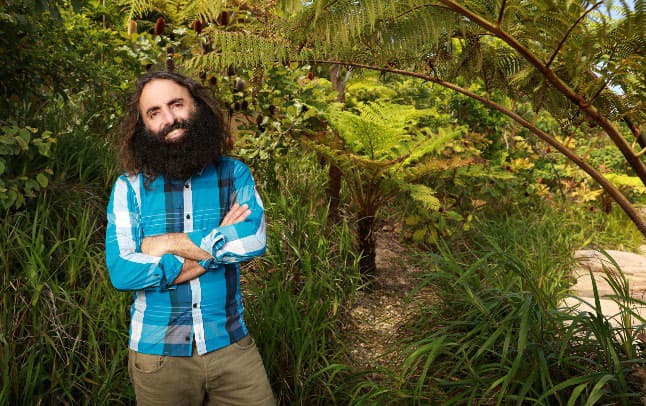 Gardening Australia is back, just in time to get ready for spring! As the weather warms up so does action in the garden, and we have all the tips and ideas you need to transform your patch into the garden of your dreams. From practical know-how to inspiring community projects, the freshest home-grown produce and the most beautiful of all Australian gardens, join us as we dig into spring!

Costa Georgiadis meets a couple who have transformed a once disused urban laneway into a green oasis brightening the doorsteps of their neighbours, and connections with the wider community.

Guest Presenter Tammy Huynh meets a couple who have turned their home into a high-tech hydroponic jungle, where they combine their horticultural passions to create stunning new Anthurium hybrids. Tino Carnevale shares his tips to prepare the vegie patch for a bumper spring and summer; with some simple tasks that will prevent pests, minimise weeds, and enrich the soil for harvests ahead.

Sophie Thomson heads to the home of a soil scientist who advocates for understanding this critical foundation of any garden; and brings some of her own garden soil to put it to the test!

Millie Ross gets a behind-the-scenes tour of a guitar factory that turns salvaged urban trees into beautiful high-end instruments, ensuring this unique timber gets another chance to sing. 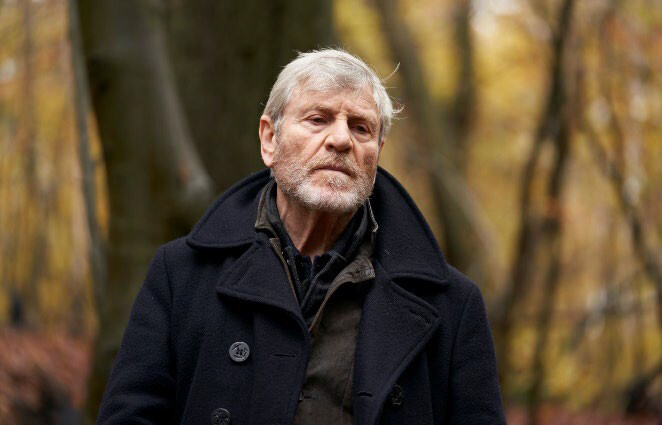 Julien Baptiste travels to Hungary to help the British Ambassador, Emma Chambers, find her missing family. When a body is found, the pressure is on to save Emma’s two sons. 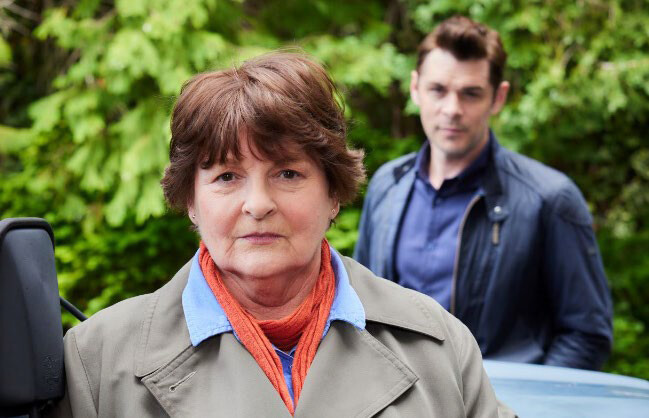 DCI Vera Stanhope is called out to the grim scene of a body found in the back of a burned out car. When identified as a popular local GP we enter a world of intrigue, betrayal and lust learning that our Doctor’s relationships with those that knew her were anything but healthy.

The charred remains of local GP, Doctor Lucy Yo, are found in the back of a burned out car that’s been abandoned in a deserted quarry. Her husband states that she was called out to a patient on the evening in question but we soon discover from her colleagues at the surgery that there is no record of any patient. So who lured Doctor Yo out that night and who would want her dead?

As Vera probes further into Doctor Yo’s life she uncovers a web of intrigue, betrayal and deadly secrets. An elaborate affair, accusations of malpractice and an investigation into prescription fraud are just the tip of the iceberg with this case. As Vera seeks out the truth amongst the bed of lies the real Doctor Lucy Yo is revealed.

There is little information on this show. It was not mentioned on the ABC’s 2022 upfronts. I only know it is narrated by Mark Coles Smith (Mystery Road: Origin). 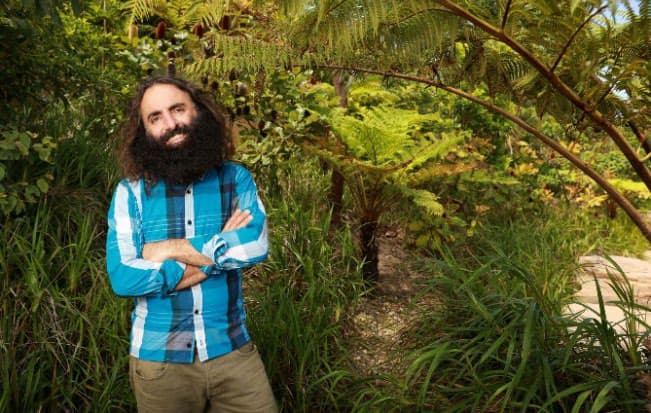 Welcome to Spring! This is an exciting season for gardeners, as we focus on flowers, fragrance, food, and fun! This week, we are sharing stories of inspiring gardeners, beloved plants, and iconic landscapes.

Costa Georgiadis visits Taronga Zoo to meet the team of volunteers who care for the historic foreshore site; and learn how removing unwanted weeds can provide feed for the animals. Jane Edmanson meets a doctor who has transformed her front garden into a thriving flower farm, growing beautiful blooms for her own floral arranging practice.

Guest Presenter Tammy Huynh looks at some of the most challenging foliage plants to grow indoors and offers some tips on cultivating them to perfection.

Josh Byrne learns about showy West Australian flowers with a horticulturalist at Kings Park who is brilliant at breeding them.

We head down the garden path with Millie Ross, to learn how a lifetime connecting with the natural landscape has inspired a career in horticulture, and creative approach to gardening. 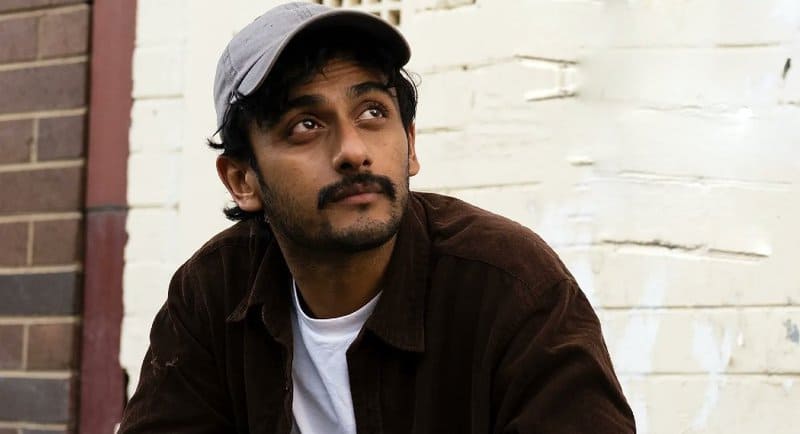 Out West with Arka Das: ABC puts Western Syd on a national stage

Actor and filmmaker Arka Das is shining a light on the culture, food, and emerging creative talent that Western Sydney has to offer out west. 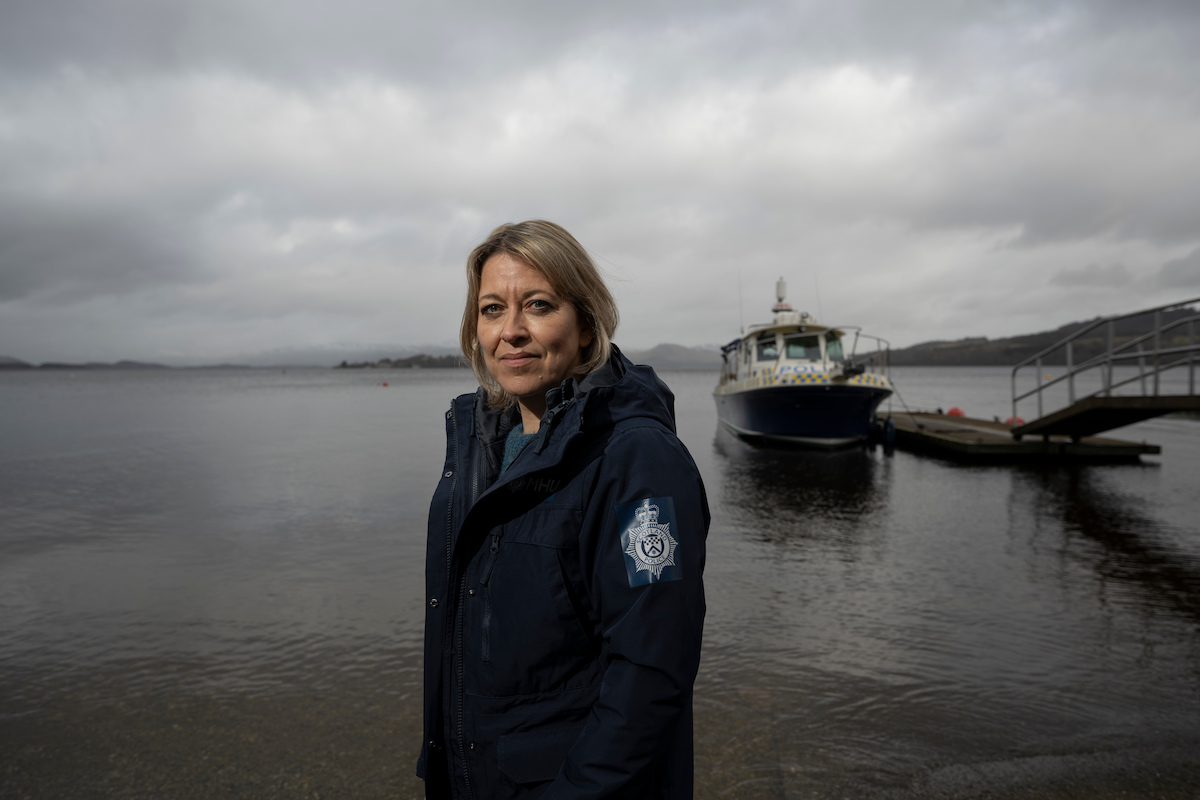 UKTV’s Alibi has partnered with Masterpiece in the US on a second season of detective drama Annika, while Sky Deutschland and ZDF have struck a two-window deal for the show in Germany. The 6 x 60-minute series is based on the BBC Radio 4 drama,...

Other deals have been struck with HRT in Croatia, Cosmote in Greece, BritBox for South Africa and Australia, with the ABC taking second window rights in the latter country. 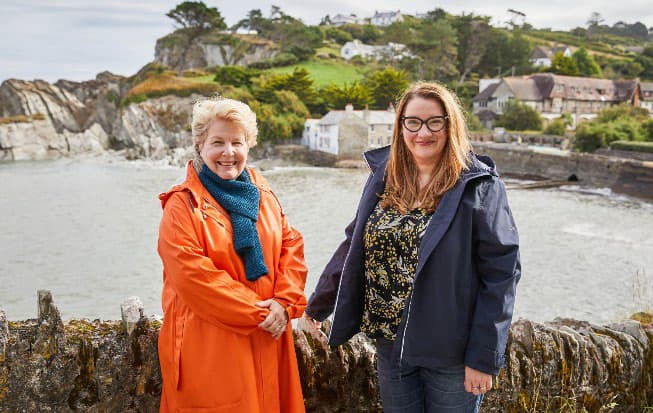 UK Broadcaster Sandi Toksvig takes us along with some of Britain’s most fascinating and funny women to awe inspiring locations in search of the nation’s most extraordinary escapes.

In this second series, broadcaster Sandi Toksvig will again make us laugh and lower our heart rates as she takes us along with some of Britain’s most fascinating and funny women to awe inspiring locations in search of the nation’s most extraordinary escapes.

Sandi has been given the keys to some of the very best stays for her and her guests – all properties built to make the most of the stunning landscape around them and offering surprising new adventures on their doorsteps. From a glorious, renovated off-grid home on a remote Scottish island to an astonishing cantilevered home over a river near the Brecon Beacons in Wales to a stunning architecturally extended millkeeper’s cottage, complete with windmill, deep in the Norfolk’s Broads National Park.

Every episode explores a different region and promises lots of adventures and hidden away places offering glorious sanctuary. And with plenty of quiet time along the way, Sandi will take the opportunity to get to know her guests a whole lot more.

Episode 1 - Comedian and author, Sarah Millican, takes a break from her tour to join Sandi in Devon where Sandi hopes to teach her friend the art of rest and relaxation.

The ITV drama will be back for a brand new season!