Blood + Thunder: The Sound of Alberts is the story of Bogan Motown. The family-owned label Alberts was Australia’s hit-factory who ruled the charts and gave us our own soundtrack: the sound of rebellion and good times, suburban young Australia at full-bore. The Easybeats, John Paul Young, Stevie Wright, The Angels, Rose Tattoo, AC/DC – these were the Alberts artists who sang us our song and cracked the cultural cringe.

Blood + Thunder is a tale of two families and the music they made. The Alberts – an elegant, well-to-do dynasty. And The Youngs – an unruly clan of 10-pound migrants from the tough suburbs of Glasgow. They were from different planets. But through music they locked together in a blood pact – fiercely determined to produce an Australian sound that would conquer the world.

My OCD is overtime here, can we change to ABC instead of Abc please…

Quirk of the software, Mark. I thought I’d fixed the setting in the backend but the title did not want to change! I’ve added a bit onto it to get it sorted.

The guys at work laugh at me and send through emails with spelling errors and grammar issues and they know it does my head in. Pricks!

Jack Irish promo shown a few times during NYE coverage tonight so I guess that’s the first Aussie drama to screen this year.

Should this thread just be renamed to ABC TV?

5 posts were merged into an existing topic: ABC operations

The series launches with the recently retired Kerry O’Brien.

The forum software does not like names like tiles that are all caps (I think it regards that as SHOUTING) and we end up with Abc.

Countdown to Life: The Extraordinary Making of You 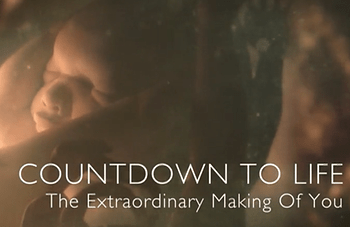 This three-part series from the BBC, Michael Mosley tells the story of how we are made. With privileged access to the first beats of a human heart, this series uses groundbreaking imagery to capture all the drama of human development.

100 trillion cells. 280 days. One human life. The person you are was decided before you were even born. The way you smile, the environments you thrive in, the colour of your eyes – from the moment you’re conceived to the moment you’re born, each critical event in the womb can change your life forever.

In episode one, Michael Mosley tells the story of our first eight weeks – the most perilous time in the womb.

Episode two, Against the Odds, tells the story of our middle weeks in the womb – when we become an individual.

In the last part of the series, Episode three – The Final Push charts the final months of life in the womb.

A BBC production with PBS.

ABC will pay tribute to the amazing life and career of David Bowie with a week of special programming, across multiple platforms.

Double J
Double J presents A Tribute to David Bowie
Tuesday, January 12 on Double J
After playing 14 hours of non-stop Bowie, Double J will continue to commemorate the life of one of music’s most creative forces. From 11am Myf Warhurst celebrates the music of Bowie. Expect three hours of the best of Bowie playlist with archives, special live chats and listener’s Bowie stories. Then, from 2pm (and again at 2pm Wednesday) Double J will play Bowie’s brand new album Blackstar in full. Listen at abc.net.au/doublej

ABC2
David Bowie: Five Years In The Making Of An Icon
Screens Wednesday, January 13 at 9.15pm on ABC2
This documentary provides unprecedented access to David Bowie’s personal archive, including previously unseen footage. This is the definitive portrait of one of rock’s most influential stars.

Extras: David Bowie
Screens Thursday, January 14 at 9pm on ABC2
David Bowie guest stars in the hit Ricky Gervais comedy, Extras. Andy (Ricky Gervais) has realised that fame is not all it is cracked up to be, when his sitcom receives terrible reviews. The public, however, give him encouragement. He’s recognised by a homeless man and his “biggest fan” in a pub. But when Andy and his friends head to a classy bar, he discovers that even David Bowie wants to mock him, in the form of a song - “the little fat man who sold his soul”.

ABC
Rage
Screens Friday, January 15 from 10.55pm to 5am on ABC
With over four decades of music, through his iconic music videos Rage celebrates the sights and sounds of what made David Bowie great. Visit abc.net.au/rage

There’s a power revolution heading for our homes – a device that allows you to take power into your own hands. Its batteries, home batteries, and they’ve been called the holy grail of renewables – the key to the transition away from fossil fuels. Within five years, over a million Australian homes are expected to have one. So what do you need to know about this disruptive technology – a technology that offers every home the potential for 24 hour renewable power? In this Catalyst special, Dr Jonica Newby gives us the A to Z of home batteries – how they work, why you will want one, how they will change the way we consume electricity, and what they mean for the future of the nation’s and the world’s power generation. Australia is at the vanguard of this revolution - we will be one of the first countries in the world to experience the transition to the battery powered home