No minimum temperatures shown on the Canberra bulletin tonight. No mention of why.
(Sorry for the quick iPhone photos) 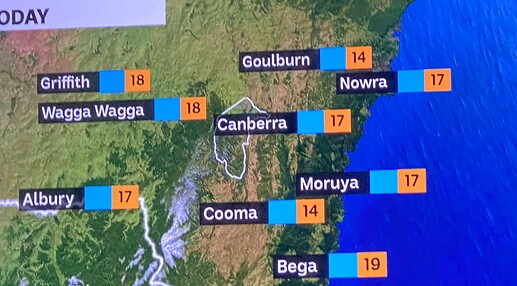 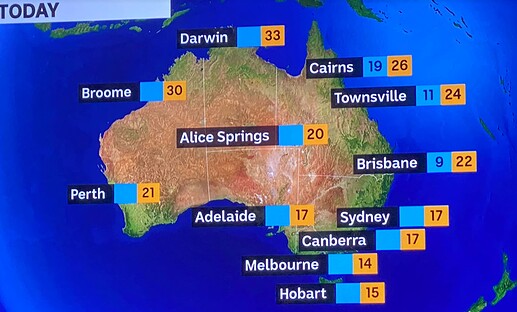 I’d love to see Tom Saunders do Canberra’s weather. Not going to cost any more.

Agreed. I’d previously e-mailed Graham Creed and asked him if he had considered doing Canberra’s weather. He replied and said that he’d mentioned it a few times before but no one ever took him up on the offer.

A former Special Forces Commando is suing the ABC claiming the national broadcaster falsely alleged he was under investigation for a callous war crime murder in Afghanistan.

Heston Russell’s career, as a commander in one of Australia’s most elite platoons, came under scrutiny in an ABC article in November 2021 by journalists Mark Willacy and Joshua Robertson.

The story, Mr Russell’s lawsuit claims, defamed him because it falsely suggested he was being criminally investigated by the Department of Defence for his conduct as part of the Commando November Platoon in mid-2012.

Mr Russell is also suing over a link in the article to an older ABC piece which also detailed the alleged execution of the Afghan prisoner in 2012.

ABC News VIC having some issues during the opening, no titles or graphics.

From 2 October, ABC Late News (main channel) is moving to later time slots; basically there will be an extra program in the line-up before the news.

I guess National News is to distinguish from the state bulletins at 7pm. But yes, seems unnecessary…

It’s just for the way ratings are coded. The different names help

This branding is never really used on air - probably only seen on the EPG and in the ratings. Nevertheless, you’re right that it does seem odd to have a variety of names for what are ostensibly identical news bulletins. Each program except National News is an hour, so calling the 5 a ‘News Hour’ seems like a strange distinction.

I’d love to see Tom Saunders do Canberra’s weather. Not going to cost any more.

He can do Adelaide’s too… or any city without a weather presenter!

The following change will commence from 23rd October.

After 8 years of 40 minute bulletin on Sundays, ABC will trim by 10 minutes and align with their other editions.

So the last remnants of ABC’s state-based current affairs shows will be gone in three weeks.

They need to bring back a weekly state based version of 7.30.

Sorta - It was also used to show programs that were designed for FTA, hence the 40 min run time without ads. It was a bit of a win-win.

They need to bring back a weekly state based version of 7.30.

Or Stateline prior to it being called 7.30. But this is a costly exercise. 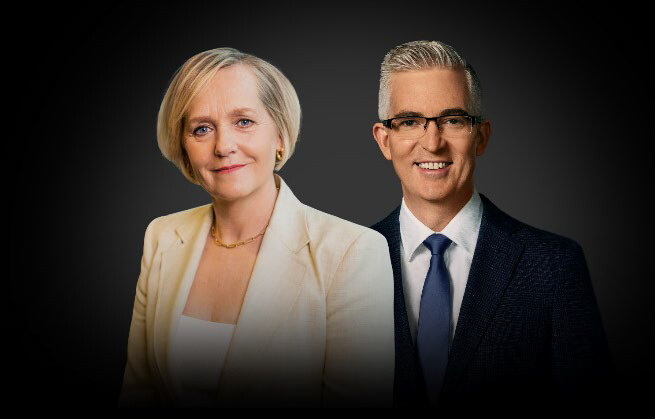 The Federal Budget of 2022/23 will be handed down on Tuesday, 25th October. With the rising cost of living affecting Australians across the board and as the country deals with record debt, Treasurer Jim Chalmers’ inaugural budget, and Labor’s first in almost a decade will be challenging and highly scrutinised.

Join the ABC expert team including Sarah Ferguson, David Speers, Andrew Probyn, Laura Tingle, Stan Grant and Jeremy Fernandez for the most extensive coverage, analysis and updates throughout the evening.

Or Stateline prior to it being called 7.30. But this is a costly exercise.

The ABC can consider axing Q+A and use the money and resources on Stateline. But that’s for another topic.