A sneak peek promo was shown for season 2 tonight during House Rules. Looked brilliant. The first promo with the tagline “After the Olympics”.

Finally some drama returning to 7

Its drama department is a ghost town.
Time for some lengthy drama commissions! Enough of the two part telemovies.

Its drama department is a ghost town.

I agree they should have more and they probably will now that US dramas are seriously on the decline.

Ten only has one plus Neighbours and a mini-series

I agree though, more are needed across the board.

Oops. Of course. I forgot their new one and Seven also have The Secret Daughter this year. 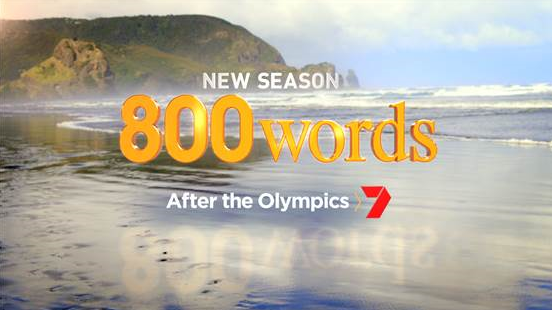 Another sneak peek tonight with different scenes during House Rules.

I really liked 800 words last year it was a nice little show to sit down and watch.
I did miss the last 2 episodes of season 1 though so I hope they get put back up on plus7 or air again before season 2. I’m sure it won’t be too hard to start back up again though.

I never really watched Packed to the Rafters when it was originally on. Just watching a couple of episodes that are on Seven now and I’m surprised how different Erik Thomson looks, I think he actually appears younger in 800 Words as has lost the bulky frame he had in Rafters.

This is what Seven has to say about season 2:

In the second series of 800 Words George is battling to reunite his splintered family; to bring his daughter Shay home from her self-appointed exile in Australia.

George is also finding out what it means to be a local in the quirky town of Weld. He must now confront the realities of the hiding place he has created. He needs a proper job; he needs to put down proper roots in the community; he needs to be accepted as one of them. And he needs to realise that the past is never far away, waiting to drag you back into that old world.

If George is to do all this, to become a fully-functioning Weldian, he must actually start his life anew – on every level; including his love life. It’s time for George to get back into that game of love. But is he any good at the game? And is Jan (Bridie Carter) the one he should play the game with?

Despite the ordinary return of 800 Words (metro)…

Apparently the regional ratings were quite big.

Line of the series. 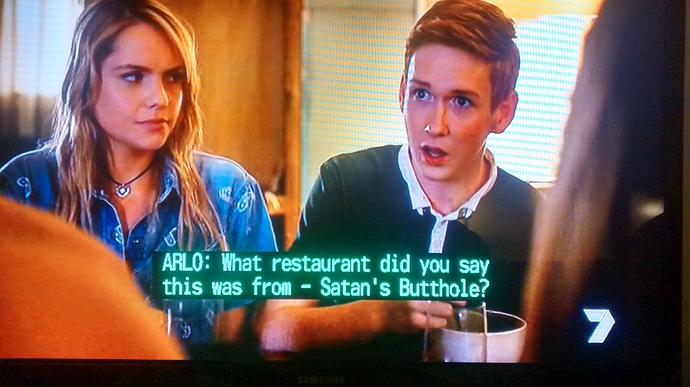 Seven in their infinite wisdom are splitting the season into 8 episode parts. Talk about being cheap. The whole season could have aired this year.

Since Season 1 was eight episodes, I assume they’ll be packaging what they’ve just filmed as Season 2 and Season 3.

Seeing that ratings have declined, they might leave it at that, unless there’s a massive turnaround next year.

There is now a double 800 Words next Tuesday that are episodes 7 and 8.

The double episode next week will be the season final.