Still getting stream listings from around 5 pm.

I only got it on Sunday night. At that point, I just stopped watching the coverage. I had missed the swimming from earlier in the night and doubt I’ll see it given 7 won’t upload it to the archive.

Sure! Ok.
Just like they are reviewing their own 7plus app on the 7NEWS website. Blowing the trumpet is right

When 7plus reviews itself... | TV Tonight 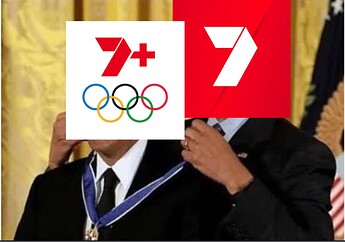 Seven West Media CEO James Warburton has told Mediaweek that 7plus now has 9.4 million registered users and is well positioned in terms of streaming platform competition. However the company is still looking for a SVOD partner.

However the company is still looking for a SVOD partner.

The Australian-first 7Interactive ad solution puts 7plus viewers in control of their ad experience, allowing them to easily explore more content from a brand through a connected TV.

7Interactive unites viewers who want to know more about an on-screen brand’s product or service, with premium content housed on 7plus.

Seven West Media Network Digital Sales Director, Nicole Bence, said: “7Interactive is a premium advertising experience that gives viewers the choice over the commercial content they consume on 7plus.

“Our collaboration with BrightLine transforms advertising into a dynamic, full-screen immersive experience that drives deep engagement with brand content and lifts brand consideration and purchase intent. It gives marketers an easy way to weave new and existing assets into rich, dynamic ads to maximise engagement through connected TVs.

“E.A.V.E. is at the core of our approach to innovative ad experiences that make advertising more enjoyable, engaging and brings brands to life through interactive storytelling.

7interactive takes personalisation to the next time in a one-stop solution that lets viewers click ‘OK’ on their remotes to access premium content relevant to them,” she said.

BrightLine CEO, Jacqueline Corbelli, said: “Partnering with Seven West Media marks a first for BrightLine in extending the standard-setting interactive and dynamic ads we bring to the TV screen in the US to Australia. Surging connected TV viewer adoption and brands’ demand for new ways to engage audiences has become a global phenomenon. This is the right partnership at the right time, and we’re thrilled to be a part of it.”

Viewing on connected TVs accounts for over 70% of the content watched on 7plus. With more than 9.2 million registered users, up 44% since before the Olympic Games Tokyo 2020, 7plus offers marketers an unparalleled amount of data and meaningful insights via the 7REDiQ platform.

7plus now has 9.4 million registered users

How many of those will not use it again until the next Olympics? 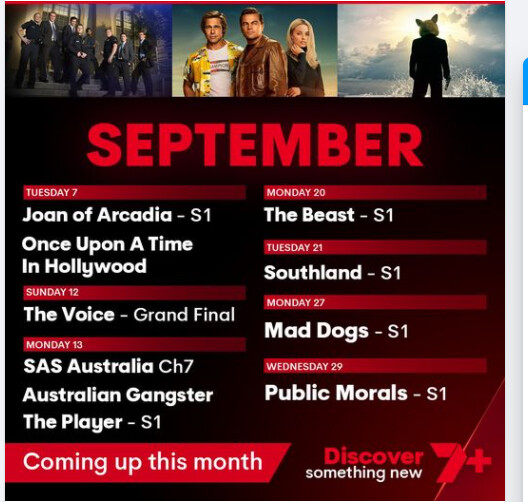 The Seven Network’s market-leading 7plus broadcast streaming platform has recorded strong growth in 2021, expanding its audience and extending its market share leadership.

So far this year, 7plus has streamed more than 12 billion minutes of content, 21% more than its nearest commercial competitor.

It has increased its live streaming viewership year -on-year by a massive 186% and its total viewership by 58%.

The success of the Olympic Games Tokyo 2020, The Voice, Home and Away and other key content has given 7plus a 47.3% year-to-date commercial free to air BVOD share, up 5.7 share points on the same period in 2020 and more than eight share points above its nearest competitor.

Since July, 7plus has had a 60% share, more than Nine Network and Network 10 combined.

7plus also dominates the key advertiser demographics so far this year, commanding a 47% share in people 25 to 54.

7plus commands an even stronger lead in live streaming, with a 59% commercial share for total people.

With more than 40 Olympics channels, 7plus set new Australian streaming records during Tokyo 2020 and added more than 2.8 million new registered users, lifting its total number of registered users 44% to more than 9.2 million. Since then, it has increased to 9.4 million, up 47% in total since before Tokyo 2020.

Australians watched more than 4.74 billion minutes of Tokyo 2020 content on 7plus, making it the biggest digital event in Australian history. 7play’s comprehensive coverage of The Paralympic Games Tokyo 2020 also attracted huge audiences, with the Paralympics Opening Ceremony alone doubling the total minutes streamed for the whole of Rio 2016.

Seven West Media Chief Digital Officer, Gereurd Roberts, said: “The remarkable growth of 7plus in 2021 has been driven by Seven’s content-led growth strategy which continues to deliver compelling content that connects with younger audiences.

“After shattering Australian streaming records with our Tokyo 2020 coverage, 7plus has continued the momentum, with The Voice dominating live and on-demand streaming every night it aired. Home and Away has also delivered audience highs in the last month as it continues to connect with viewers on television and online.

“With the unmissable SAS Australia and Big Brother VIP , 7plus will continue its powerhouse position as the #1 free-to-air broadcast streaming service in Australia. Along with our incredible new content, 7plus boasts an extensive library of exclusive and classic content and we continually innovate to enhance the viewing experience.” 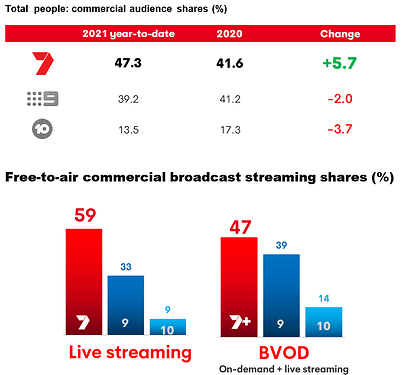 Seven’s strategy for the Olympics of utilising 7Plus instead of a dedicated app like for 2016 Rio certainly paying off.

Does anyone know if I can watch the SANFL Grand Final on 7plus in Victoria?

There should be a live stream on 7plus later this afternoon. 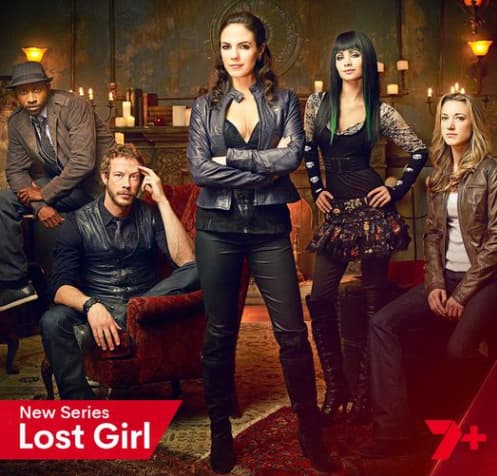 Just for those who’ve started ER on 7Plus in SD and commercials, it has just dropped on Prime Video in HD with all 15 seasons.

9Now is still the only free ad supported streaming service from the networks that is in HD ?

7Plus isn’t ?.. though it looks clear on the Apple TV.