@Squee Why is this topic pinned? I didn’t know 7plus was so important!

Since it is so important, I’m going to ask a question too!

I’ve noticed lately that 7plus have local ads for Tasmania included in the streams, ads that definitely would not be in Melbourne - e.g. Youngs Vegie Shed. So, if that’s possible, would it be possible later on sometime that instead of 7 Melbourne news being the bulletin broadcast on there we have 7 Tas news instead? Unlikely, I know but just curious about it if they’ve got the ads.

It’s because we recently decided to move each respective networks streaming apps into their own network category, rather than having them in the streaming category. Actually I accidently unpinned it as I forgot.

Staff have agreed to a number of changes as outlined below Catchup Services From now on, the Streaming section of the Television Forums will be for streaming-only services (Netflix, Apple TV+, Stan etc), discussions relating to the catchup services will move to their appropriate network section Show Discussion We have previously limited discussion of shows in their own threads, but in an effort to (hopefully) generate some more discussion…

would it be possible later on sometime that instead of 7 Melbourne news being the bulletin broadcast on there we have 7 Tas news instead? Unlikely, I know but just curious about it if they’ve got the ads.

Unlikely as SCA produces the bulletin, not 7, and SCA is responsible for the playout.

But SCA may have sold the ad space on behalf of 7.

Is there any way to see Home and Away in Qld at the same time as NSW ? i’m on another forum and people are discussing it before I’ve seen it.

Can I change my location on the Apple TV ?

The Seven Network has unveiled a bumper line-up of exclusive, hit content coming to 7plus this summer.

In 2021, 7plus has streamed more than 14.1 billion minutes of content, 15% more than its nearest commercial television competitor and 237% more than the third-placed commercial network.

Over the past week, 7plus delivered huge live and on-demand audiences for Big Brother VIP , with the series’ launch episode up 59% in 25 to 54s and 45% in total people, to deliver a total national audience of 815,000.

Seven West Media Chief Digital Officer, Gereurd Roberts, said: “7plus has had a remarkable year after delivering the best content and biggest audiences in 2021. Our compelling summer line-up has something for everyone and promises to further cement 7plus as Australia’s #1 commercial free-to-air broadcast streaming service.

– the Olympic Winter Games Beijing and the XXII Commonwealth Games.

“Along with our incredible new programming, 7plus boasts an extensive library of exclusive and classic content that connects with younger audiences. 7plus also leads the BVOD market in user experience with our market-leading innovations producing an unbeatable viewing environment,” he said.

So far in 2021, 7plus has increased its live streaming viewership year-on-year by a massive 166% and its total viewership by 54%.

The success of the Olympic Games Tokyo 2020, The Voice, Big Brother, Farmer Wants A Wife, Home and Away and other key content has also helped 7plus dominate the key advertiser demographics so far this year to command a 46% share in people 25 to 54. 7plus has an even stronger lead in live streaming, with a 55.6% commercial share in total people and 55% in 25 to 54s. 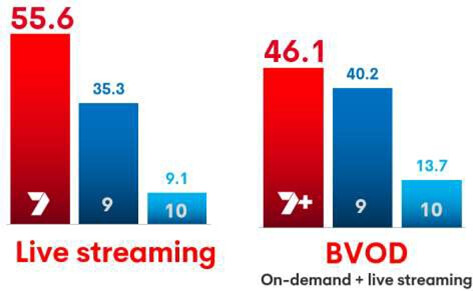 Why don’t you speak to someone at Seven about whether they can or can’t do that, rather than posting the request here? We can’t make it happen.

That got my attention this morning too. Those content boxes were there before but the design and colours are different.

It looks better. The red makes it obvious which one you’re watching.

Seven News Melbourne’s thumbnail has been updated to it’s older design. A mistake? 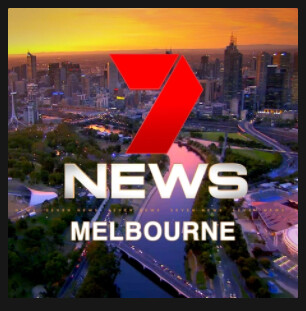 Also, the special Seven News Adelaide presentation regarding the opening of the state on November 23rd has been added to 7plus. 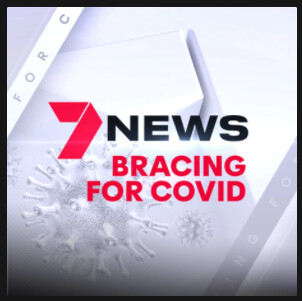 would be great to see 800 words back on 7plus. currently only the first 2 seasons are avaliable on other streaming plaforms.

Has anyone ever experienced it when a show on 7+ will just play through completely without showing any ads? Is that a feature or a glitch?

It has happened to me occasionally since I began watching something on it recently.

It’s happened on 7plus and 10play too recently.

I have an Apple TV.

I know on SBS on Demand if i exit after the ads and go back in again the ads disappear
Sometimes on I think SBS on Demand just before the ad break point if i scroll fast enough it skips the ads.

Scrubbing is to scan up and down the timeline of a video, in this case on-line. Term was originally used in video editing suites and later software to quickly scan a video for content to find where edits were to be made. It gained popularity with YouTube users to describe quickly scanning through a video.

I noticed BB Canada the other day. I wasn’t too sure if it was similar to the new BB Australia format or they have actual conversations other than strategy. Seven have been working hard on this kind of thing, it is the future IMO.