Tonight on 7flix, there is 9 hours of Gordon Ramsay airing: from 8.30pm until 5.30am (Ramsay’s Hotel Hell at 8.30pm, Ramsay’s Kitchen Nightmares at 9.30pm, Hell’s Kitchen USA marathon from 11.30pm). Which shows that Ramsay is popular. So Seven should sign him up so they can repeat the show ad nauseum in the future on 7flx

7flix’s Sunday line-up changes frequently, so wouldn’t bet on that staying, suspect it’s a strategy depending what’s on the main channel and also 7mate that night, as to try to rate and offer a demographic alternative, but also not to take away too viewers from those other channels.

It’s regularly the channel’s worst night, often barely getting past 1% share, maybe only a few nights in a whole year will it pull 2.5 or above 3% on a Sunday. So I’d imagine Seven wouldn’t care much about this night. All m/c in general (apart from 7mate) seem to rate really low on Sundays, reflecting the usually high main channel audiences this night.

They use the early evening timeslots a lot to encore reality shows (local and imported) too, which also hints to what I was suggesting in my first paragraph. @TV.Cynic

Due to 7mate’s coverage of Birmingham Commonwealth Games, the final of Hogwarts Tournament of Houses will air on 7flix this Sunday (July 31) at 6pm, followed by the repeat of Harry Potter and the Goblet of Fire at 7pm. 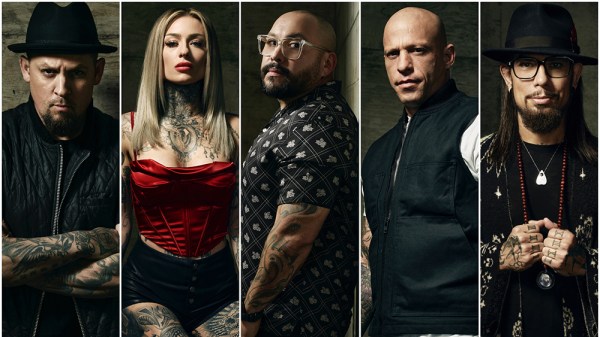 ‘Ink Master’ to Return in September on Paramount+, With Joel Madden as New Host

Get your tattoo machines ready: “Ink Master” is returning on Sept. 7, with a brand new host and crop of judges. The iconic series, which will air exclusively on Paramount+, has set Good…