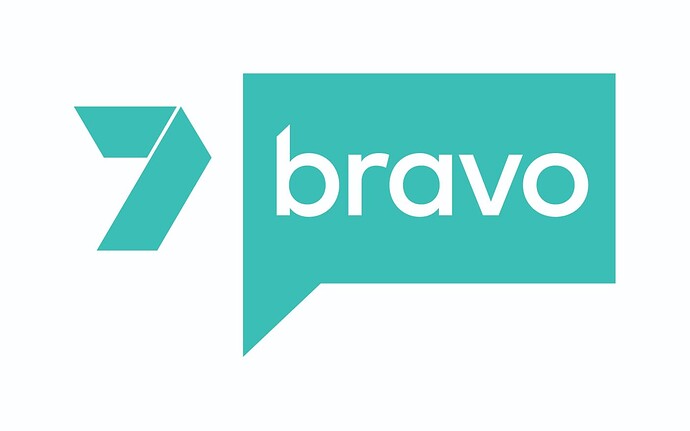 Introducing 7Bravo, a partnership with NBCUniversal! #7Bravo will bring the very best of NBCUniversal’s extraordinary reality and true crime content to all Australians, live and free, including Below Deck, The Real Housewives, Love Without Borders and more.

Oh so this is like how Three over here has a free-to-air Bravo channel under a similar deal. Neat I guess?

At least there shouldn’t be any question of this launching in regional areas at the same time.

I would assume 7Metro, 7QLD and 7Regional would launch this. Not SCA as they haven’t launched 7flix/7mateHD.

Correct. This deal would be just like the 9Rush deal.

I’ll put money on a delayed introduction into regional areas.

What a pity, the 7Bravo logo doesn’t match with the bland, soulless, samey logos Seven made for the multichannels.

Will the Johnny Bravo animated series be making an appearance?

I’ll put money on a delayed introduction into regional areas.

7QLD, 7Regional or both? Seven launched 7flix/7mateHD day 1 for 7QLD so it would be a good guess that all 7O&O areas get it.

Introducing 7Bravo, a partnership with NBCUniversal! #7Bravo will bring the very best of NBCUniversal’s extraordinary reality and true crime content to all Australians, live and free, including Below Deck, The Real Housewives, Love Without Borders and more

just what we need, another channel of American reality shows.

They have trouble filling advertising slots for the existing regional multi-channels. Why split the smaller available audience further in those markets? Nine Darwin is O&O and doesn’t get Rush and there’s no sign that it’ll ever make it to air on Nine’s affiliates.

“The addition of 7Bravo and its wonderful content from NBCUniversal gives Seven an unbeatable line-up of channels and even more choice for our viewers and clients,” he said.

“Complementing the schedule, 7Bravo and 7plus be the free-to-air home of NBCUniversal’s stellar portfolio of reality content, including the world’s most iconic unscripted TV franchises and series from Bravo and E!,” Mr Ross said.

“The new channel will also feature The Tonight Show Starring Jimmy Fallon, Top Chef, The Kelly Clarkson Show and Judge Jerry, as well compelling true crime content from Oxygen True Crime, the destination for quality crime programming in the US, and all the red carpet glamour from the biggest awards shows with Live From E!. It will also be the first broadcast home in Australia for reality and true crime content produced for Peacock, NBCUniversal’s streaming service.

Australia’s most-watched television network has joined forces with one of the world’s leading entertainment and media companies to create the most exciting new free-to-air channel and destination for reality and true crime: 7Bravo.

Launching on 15 January 2023, the innovative partnership between Seven Network and NBCUniversal International Networks & Direct-to-Consumer will bring the very best of NBCUniversal’s extraordinary reality and true crime content to all Australians, live and free.

Complementing the schedule, 7Bravo and 7plus will be the free-to-air home of NBCUniversal’s stellar portfolio of reality content, including the world’s most iconic unscripted TV franchises and series from Bravo and E!

7Bravo will also deliver audiences compelling true crime content from Oxygen True Crime – the destination for quality crime programming in the US – including Snapped, 911 Crisis Center, Buried in the Backyard, Exhumed, Black Widow Murders, Accident, Suicide or Murder and The First Mindhunter.

Additionally, the new channel will feature The Tonight Show Starring Jimmy Fallon, The Kelly Clarkson Show and Judge Jerry, as well as all the red carpet glamour from the biggest awards shows with Live From E!

The new channel will also be the first broadcast home in Australia for reality and true crime content produced for Peacock, NBCUniversal’s streaming service.

Seven West Media Managing Director and Chief Executive Officer, James Warburton, said: “We are honoured and excited to join NBCUniversal International Networks & Direct-to- Consumer in creating 7Bravo. NBCUniversal is a global content powerhouse and the creator of some of the best-known and most-loved entertainment brands in the world, and we look

forward to being the broadcast home to the next generation of the best new reality and true crime series to come. With its strong female appeal, 7Bravo is a great addition to the Seven family.”

Chris Taylor, MD, NBCUniversal International Networks & Direct-to-Consumer and Distribution, ANZ, Executive Chairman of Bravo New Zealand, said: “We are delighted to partner with Seven, to bring Bravo, the ultimate reality and entertainment destination, to Australian audiences for the first time. 7Bravo will be the free-to-air home of binge-worthy and award-winning shows, the best Bravo franchises, E!’s iconic awards show coverage and compelling true crime from Oxygen. Bravo is a powerhouse channel in the US and a successful FTA network in New Zealand; we know Australians are soon going to love being able to access the biggest and best entertainment brands all in one place – live and free, on 7Bravo.”

BELOW DECK DOWN UNDER S1

Set against the stunning backdrop of the tropical Whitsunday Islands and world-famous Great Barrier Reef, the Peacock Original series Below Deck Down Under explores the complex, often explosive dynamics of the crew and a rotating group of demanding charter guests on M/Y Thalassa. Captain Jason Chambers is joined by a familiar face, fan-favourite Aesha Scott as Chief Stew, along with newcomers Chef Ryan McKeown and Bosun Jamie Sayed. Stews Tumi Mhlongo and Magda Ziomek are also on board with deckhands Culver Bradbury, Brittini Burton and Ben Crawley.

Viewers are taken beyond the deck and off the yacht in Below Deck Adventure, the latest iteration of the Emmy®-nominated franchise as passengers paraglide, explore caves and take helicopter rides along the Norwegian fjords. The series features thrill-seeking charter guests looking to push their limits for an unforgettable experience along the picturesque landscapes that are rich in Viking history. Captain Kerry Titheradge, Chef Jess Condy, Chief Stew Faye Clarke, Stews Oriana Schneps and Kasie Faddah, Bosun Lewis Lupton and deckhands Nathan Morley, Michael Gilman and Kyle Dickard come together in this frigid- water region as some situations get heated when expectations aren’t met, and interpersonal conflicts come to a head while striving to give the charter guests an experience of a lifetime.

For the first time in The Real Housewives history, iconic franchise members from coast-to- cast will unite on a luxurious getaway filled with unexpected friendships, fun in the sun and plenty of drama. The series will take viewers on the trip of a lifetime when the ladies jet off to Turks and Caicos for an epic vacation packed with private jets, glamorous yachts, scenic excursions, a full-time concierge, a visit to the infamous Conch Shack and a TikTok shared around the world. From self-shot confessionals to bonding over what it’s like to be part of the pop culture zeitgeist, just when you think you’ve seen it all, think again! The iconic Housewives include The Real Housewives of Atlanta’s Cynthia Bailey and Kenya Moore; The Real Housewives of Beverly Hills’ Kyle Richards; The Real Housewives of New Jersey’s Teresa Guidice and Melissa Gorga and The Real Housewives of New York City’s Luann de Lesseps and Ramona Singer.

THE REAL HOUSEWIVES OF DUBAI S1

As the 11th city in the franchise, The Real Housewives of Dubai follows a dynamic group of lavish women as they run business empires and expertly navigate a highly exclusive social scene within this ultra-luxe billionaire’s playground. Whether they’re dining on a mountainside overlooking a valley of 1,000 camels or hosting the wedding event of the year, these ambitious and glamorous women prove everything is more extravagant in the “City of Gold”. When new group dynamics threaten long-standing friendships, tensions inevitably reach a boiling point, so if you can’t handle the heat… get out of Dubai.

THE REAL HOUSEWIVES OF MIAMI S4

Set against the backdrop of one of the most exciting and diverse cities in the world, The Real Housewives of Miami will take viewers on a wild ride of red-hot fun and friendship – with of course, no drama to spare. After a year of unprecedented times in a pandemic, the Miami social scene is burning up. The Season 4 cast includes returning Housewives Alexia Echevarria, Lisa Hochstein and Larsa Pippen, alongside newcomers Guerdy Abraira, Dr. Nicole Martin and Julia Lemigova, the first LGBTQIA+ housewife. Fan favorites Adriana de Moura and Marysol Patton, alongside newcomer Kiki Barth, will also be featured as friends.

The series follows six young women – Anya Firestone, Emily Gorelik, Margaux Lignel, Kacey Margo, Adja Toure and Victoria Zito – who are all American expats experiencing their wildest adventure yet in the most beautiful city in the world: Paris! As the women live their best lives and chase their ultimate dreams in the “City of Lights”, they find themselves navigating careers, romantic rendezvous, unavoidable conflicts and discovering who they are meant to be and exactly what they want.

In this bold social experiment, five American singles who have struck out at love on their home turf risk everything to find it abroad. They’re anxious to get out of the rut they’re in, and willing to leave families, friends and careers behind for a chance at true romance. The five singles put their lives in the hands of a relationship expert and pack for an overseas destination that won’t be revealed until they’re at the airport to be paired with their “perfect” match, sight unseen.

THE REAL HOUSEWIVES OF MIAMI S5

The Real Housewives of Miami is back for another hot season with new alliances, loyalty and relationships on the line. The ladies of the “Sunshine State” are still turning up the heat and dialing up the drama. The Season 5 cast includes returning Housewives Guerdy Abraira, Lisa Hochstein, Julia Lemigova, Dr. Nicole Martin, Alexia Nepola and Larsa Pippen. Friends of the Housewives Kiki Barth, Adriana de Moura and Marysol Patton will also be featured.

Southern Hospitality follows Southern Charm resident boss lady Leva Bonaparte as she manages her larger-than-life staff at Republic Garden & Lounge, the hottest nightclub and backdrop for Charleston’s lively party scene. Leva’s team – a fiery group of best friends driven by their work hard/play hard mentality – compete for prime positions and the best tips the city’s nightlife has to offer. Leva sets the bar high, but she treats them like family, guiding this crew of young, passionate singles through love, conflict, makeups, breakups and everything in between. While the staff balances their personal lives with work responsibilities, the stakes have never been higher for Leva who preps for Charleston’s biggest summer in recent memory.

Great to have overseas streaming content on FTA here, a nice development, albeit no doubt prior to the introduction of their streaming service.

Good news that The Tonight Show with Jimmy Fallon will be shown in Australia once again, after a six year break. Also that Australian viewers will finally be able to see The Kelly Clarkson Show on TV.

The Kelly Clarkson show was on 10Play earlier this year.

Good news that The Tonight Show with Jimmy Fallon will be shown in Australia for the very first time. 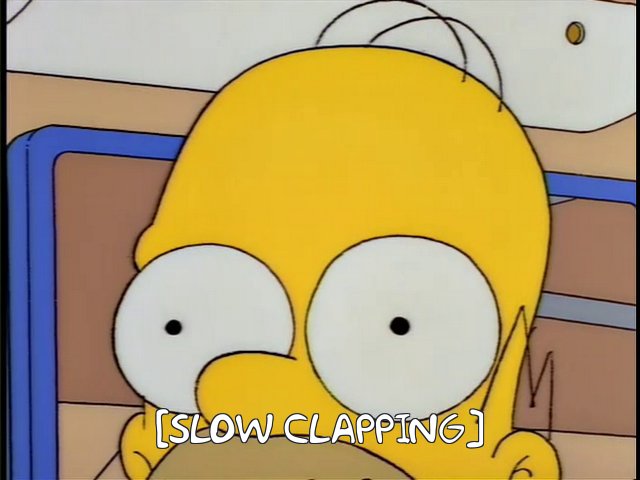