Grant Denyer has told News Corp that this year’s Logies should be either postponed or cancelled, saying “It feels wrong and self indulgent in these times for the industry to pat itself on the back”.
https://www.heraldsun.com.au/entertainment/confidential/grant-denyer-says-2020-logies-should-be-postponed-or-scrapped/news-story/1216a95eb11ed660f72a31b8b42a82cc

They could just announce the winners without an awards show. It happened a couple of times in the early days.

The Golden Globe Awards in 2007 didn’t have a ceremony due to the writers strike. They had a news special.

So something can be done to the Logies too. Air a special, with a presenter going through the awards - announcing the winners - and the Logies Statue going to the recipients at a later date?

I’m no expert on this type of thing, but surely it’d be possible to have a lower key event where the awards are announced (which I guess, could also include recorded “Thank You” messages similar to what winners who couldn’t be at the ceremony have done in years past) without an audience or red carpet?

Well, if it was on the Gold Coast and we are still in lockdown, then practically nobody would be able to turn up. Voting to proceed ahead of a “different format” for 2020.

Time to throw the awards in the bin for good imo

It will be interesting to see how this years Logies will fold out now. I guess it is good its still going ahead, in some capacity. TV Week has dropped the Most Popular Television Commercial category from its 2020 Logie Awards line-up as it grapples with how to proceed with the awards in the face of the COVID-19 (coronavirus) pandemic.Over the weekend, TV Week’s publisher Bauer...

Good. It was a rubbish award category anyway.

This time last year, the voting process was running for the 2019 Logies. Yes, the system wasn’t perfect - as in there were some omissions and some dubious people listed instead. But I miss seeing who was eligible and who wasn’t. I felt connected with the Logies. This time around, it just doesn’t feel right.

Does anyone know if the networks have submitted their 5 nominations for each award yet to the Logies people? It would be interesting to see who (and what program) they put forward.

No, not because of what Tom Gleeson did. They said it was because people criticised the way nominees were selected. They have given the power to the network to put names forward. I actually think this is going to be worse this year with less qualifying nominees.

However, it will probably make no difference to the way Tom was nominated last year. In theory, he could still be nominated by the network this year and run the same campaign to win.

I agree. I also think its going to be worse off this time around. There is less qualifying nominees. I still cant get why there are only 5 chosen nominees per network. At least when the public chose, there were 20 odd actors/ actresses/ presenters per network to choose from. Yes, there were still flaws, but now there will be even more. It depends who they put forward.

This years event has been pulled altogether 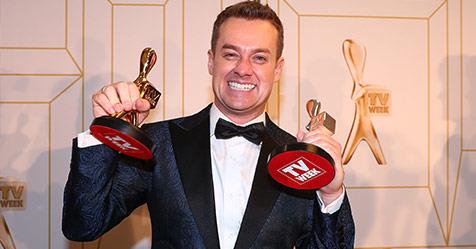 The 2020 TV WEEK Logies have been postponed until next year

Next year's event will include 2020 programs

Seems strange they couldn’t have found a way around it, rather than canceling it altogether.

Bad decision. That means programs that aired in 2019 won’t get the recognition they deserve, because many viewers will have forgotten about them by the time voting opens.

It’s an absolutely stupid decision. The awards should still be awarded, just without a ceremony.

If they want to reduce the number of categories because of the circumstances, that could be fine. But they should not combine two years in one.

If they’re concerned about the number of eligible shows next year because productions have ceased, then limit this year’s nominations to 2019 or up to Jan 2020. Then most of the shows from the start of 2020 will qualify for next year’s awards.

I agree. What a stupid decision. The awards should still have been given as planned. But just without the actual ceremony. Do it via social media and the odd camera to one or two people per network as a potential spokesperson.

Could have even trimmed some awards. For example - there is no need for two reality awards, and two entertainment awards.

Will the 2021 Awards be in June? If so, shows that were shown in May 2019, will have to wait for 2 whole years to be up for an award? Worse case, have the awards air later in the year, alongside the AACTAs and the ARIAs.

Wasn’t this year the last under the Queensland contract? Assuming next year will be now.

Also, weren’t the nominations supposed to come out in just a few weeks time? Maybe they realised that with the new voting system - that the nominees for the big awards weren’t that popular afterall? (As in the 5 people networks put out to the Logies Organisers to pick the nominees from)