TV Week Logie Awards will reintroduce Most Popular TV Commercial category for this year, to be voted by general public along with existing Most Popular categories and the Gold Logie. The TV Week Logie Awards has introduced a new category to recognise excellence in advertising, the 'most popular TV commercial' award. The new award aims

Entries for the Most Popular Television Commercial close on 8th February with the top 10 commercials of the year shortlisted by a panel of trade media editors and voting by the general public taking place between 4th and 31st March.

I think this qualifies as a potential jump the shark milestone.

TV Week has forgotten their own history. It’s not a ‘new’ category, it has been reintroduced. In at least the 1970s there was a Best Commercial category that was changed to Most Popular Commercial for 1977 and 1978. 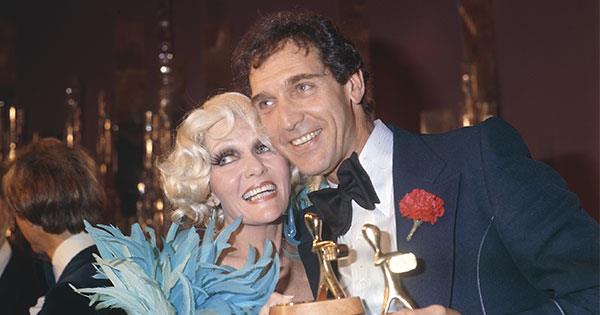 What they actually needed was for the “Most Outstanding Comedy Program” category to be restored because there were so many more comedies on air this year.

I couldn’t think of one ad that deserves a logie award. Most people zap through the TV commercials these days.

I couldn’t think of one ad that deserves a logie award.

How dare you say that when there’s recently been some superb ad campaigns like the “Tonight for dinner, I’ll be having…” spots for Uber Eats and those for the Palmer Australia Party!

But in all seriousness, I agree.

I think we can expect 10 and Nine to swoop on most of the awards, ABC, SBS, Fox and Stan to receive some good nominations and decent number of awards, and Seven to win almost nothing.

Also can they please hold this in April like they used to? July is far too late. Someone else other than the usual suspects for the Gold would be nice as well.

Someone else other than the usual suspects for the Gold would be nice as well.

They’d have to be most popular.

They’d have to be most popular.

Who would you consider as ‘popular’ on Australian TV these days?

I’m hoping someone like Amanda Keller or Julia Zemiro get the Gold Logie but I have a feeling it’s going to be someone like Denyer, Rodger Corser, Jessica Marais or Scott Cam. Yawn.

Who would you consider as ‘popular’ on Australian TV these days?

If someone like Grant Denyer (who’s Family Feud rated well behind the established competition) can win a Gold Logie, then I’d say presenters of the 6pm news bulletins in various markets around the country deserve far more credit for their contributions to Australian TV than they currently get.

In at least the 1970s there was a Best Commercial category that was changed to Most Popular Commercial for 1977 and 1978.

They did it on the 60s too, often getting won in those days by cigarette companies

This cheapens the awards and ads are a turnoff for viewers. It’s no coincidence platforms like Netflix, Stan and Foxtel are on the rise as free to air channels with ads on the decline.

Amanda Keller or Julia Zemiro get the Gold Logie but I have a feeling it’s going to be someone like Denyer, Rodger Corser, Jessica Marais or Scott Cam.

It could be Amanda’s year and Julia is popular. Jessica Marais didn’t have a show on air this past year so she’s out of the running. Scott Cam’s popularity has waned recently. Grant has had a lower TV profile this year but still had two shows so could be in the running. Rodger Corser is popular and so is his show, so no reason why he shouldn’t be there.

Also can they please hold this in April like they used to?

According to the Bauer website, public voting is open March 4-31 and finalists will be announced in May

Going by that it may be a June or July event

I could understand the Logies being held in June/July last year (due to the Gold Coast Commonwealth Games and possible accommodation availability issues around April/May), but to have it like this every year from now on? Not too sure about that…

In at least the 1970s there was a Best Commercial category that was changed to Most Popular Commercial for 1977 and 1978.

And dropped because they realised how stupid it was for an awards show that wanted to be taken seriously.

The Project took the piss out of this tonight and suggested an In Memoriam section for all the great commercials we have lost.
G-o-g-g-o-mobile.
Stainmaster. Pro Hart.
Shropshire. Moccona.
Dougie. Pizza Hut.
HBA ??? (might have been a Victorian one?)
Is Don. Is good.
Not Happy Jan

Coca-Cola won a couple of Logies in the 1970s, back when, I think, they made really good television commercials. But yeah, there have been a lot of crap commercials over the years. Every one Harvey Norman and Domanye has put to air, and there seems to be a new one every week, are rubbish.

Is this on the Gold Coast again?

The Project mentioned that it would be the ‘voting public’ who would select the winner and that the winning commercial would be played during the closing credits of the Logies. However, no mention of who will pick the nominated commercials.

Logies move to Gold Coast after Victorian Government pulls funding for television awards
Queensland Premier Annastacia Palaszczuk announced the Gold Coast had secured the event for the next four years.