Discussion of the 2016 TV Week Logies.

Last night in the US The People’s Choice Awards were handed out. You can check out the list of winners here.

Let that list be a warning to Australia should these ever be revived here as an alternative to The Logies.

I know The Logies have many faults but even the publicly voted categories seem to come up with better results that these US awards.

Last night in the US The People’s Choice Awards were handed out. You can check out the list of winners here.

How long does that award ceremony go on? A week?

Is this still airing on Nine?

Was on late Sunday nights but seems that run has now finished.

Singer and actress Samantha Jade is the first ever Logie Awards ambassador according to today’s Sunday Herald Sun. It should be confirmed by this week’s issue of TV Week which comes out tomorrow.

Samantha Jade as Logies Ambassador? Really? Good on her, but surely they could have found someone better, with more television experience to do her role. Has she actually done anything in her new role yet?

Nominations for the Logies come out late March, don’t they? It takes more than two months when voting closes to the public to announce the nominations? The actual awards are to be held on May 8. For an awards ceremony that’s based for the previous year, its too late. I still think that they should be held in late March/ Early April.

Samantha Jade as Logies Ambassador? Really? Good on her, but surely they could have found someone better, with more television experience to do her role. Has she actually done anything in her new role yet?

Appeared in a story in TV Week spruiking Home & Away. I yotslly agree with you. They’ve chosen someone who had a small role in a miniseries and has now joined a soapie. How does that make you an ambassador?

In the true sense of the word an ambassador is “an official envoy, especially a highest ranking diplomat who represents a state”. Hardly a description for a newbie.

Herald Sun is reporting that the Victorian Government is reviewing its $1 million a year backing for the Logie Awards: Article (paywall)
The current contract to host the Logies in Melbourne expires after next year’s awards. If the government subsidy ends, the event could be snapped up by Sydney. The city is already home to most major awards in Australian arts and entertainment, including AACTA Awards (film and TV), ARIA Awards (music) and Helpmann Awards (stage). Getting the Logies on a long-term basis will be the cherry on the cake. Personally I dislike these awards being consolidated in one city, they should be shared around.

Just as long as we get to see the awards live on TV, I really don’t care where the Logies are hosted.

I always thought Sydney was the home of television but I guess it doesn’t really matter, same old, same old. 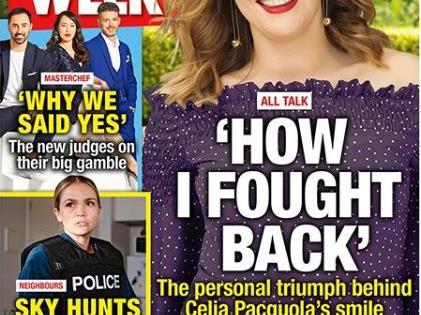 The Graham Kennedy Breakthrough Star Of Tomorrow Award was created in honour of iconic funnyman Graham Kennedy, following his death in 2005. The award recognises an actor or actress aged 18 years or younger who had their first major role on any Australian production in 2015.

Because why would an award bearing Graham Kennedy’s name be used exclusively for an actor? Kennedy certainly worked as an actor in film and television but that was only a small part of his overall career which was more based around comedy and light entertainment.

Lol - I agree that it’s pretty much for Home And Away to win more awards.

They should have just left the Graham Kennedy Award as it was. It’s a little silly to have 3 new talent awards just for acting.

Lol - I agree that it’s pretty much for Home And Away to win more awards.

Knowing TV Week’s obsession with the program, maybe they should rename the awards from the Logies to “The TV Week Home & Away Awards” for next year?

As others have suggested, they should’ve left the Graham Kennedy award alone or if they had to change it, make it the name of a comedy/light entertainment-based award rather than an acting one. As TVAU rightfully pointed out, Graham Kennedy certainly worked as an actor in film & TV but it was a small part of his overall career which was more comedy/light entertainment-based.

Some interesting developments in the Television Academy’s Emmy Awards in the US.

They have expanded the short-form section of the awards so that it will now make eligible the growing number of You Tube and other on-line series.

The Emmys has expanded the short-form series awards to four categories: comedy or drama; variety; reality/non-fiction; and animation. Series must have a minimum of six episodes with an average length of 15 minutes or less, and be shown on traditional TV or via the Internet. Awards have also been added for short-form actor and actress as well.

Jack Anthony is nominated for the Graham Kennedy Breakthrough Star of Tomorrow — the category Love Child’s Miranda Tapsell took out last year. He will vie for the honour against fellow Seven nominee Ky Baldwin from Peter Allen: Not The Boy Next Door and ABC drama Hiding’s Olivia De Jonge.

Vidler, meanwhile, is nominated in newly created category Most Outstanding Newcomer — Actress. She competes against Sara West, who dazzled as Liza Minnelli in Peter Allen: Not the Boy Next Door and Hannah Monson from ABC mystery series Glitch.

Another new category is Most Outstanding Newcomer — Actor.

Joel Jackson is twice nominated in this category for his roles in Peter Allen: Not The Boy Next Door and Foxtel’s big-budget miniseries Deadline Gallipoli and is the odds-on favourite to win. He is up against is Rahel Romahn, who blew critics away with his turn as Tarek Ahmad in SBS series The Principal.

Three nominees in each category instead of five? That’s strange. They couldn’t find a potential 15 new talent nominations, so decided to choose 9 nominations instead? The list does include a deserving double nomination for Joel Jackson though.

Id imagine that the main awards will remain at 5 nominations?

Three nominees in each category instead of five? That’s strange. They couldn’t find a potential 15 new talent nominations, so decided to choose 9 nominations instead? The list does include a deserving double nomination for Joel Jackson thou

It’s very odd indeed. Just proves there are too many categories for what is basically the same thing. What separates someone from most outstanding newcomer and breakthrough star of tomorrow?

Just stupid! There should only be Most Outstanding Male and Female. The end.

The 2016 Nominations ca be seen via live stream (see below), commencing 3.30pm AEST 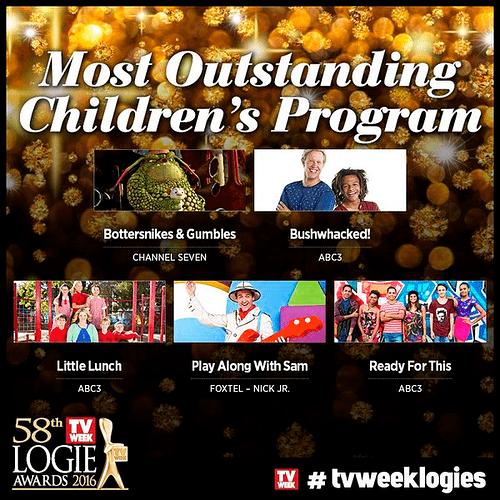 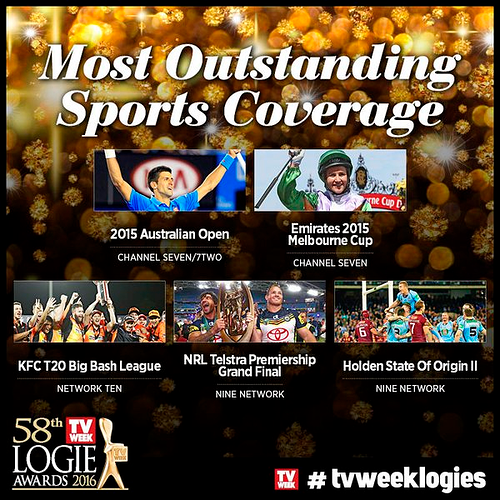 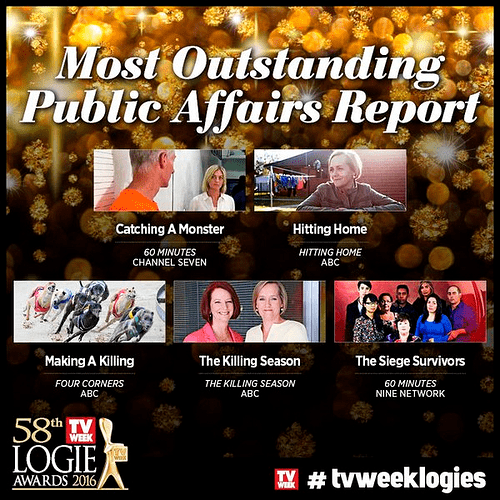 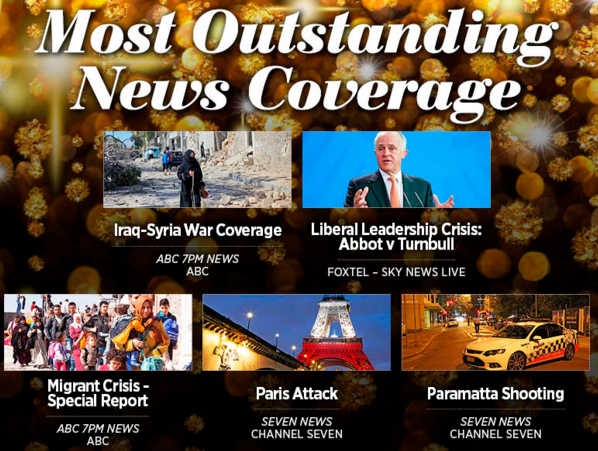 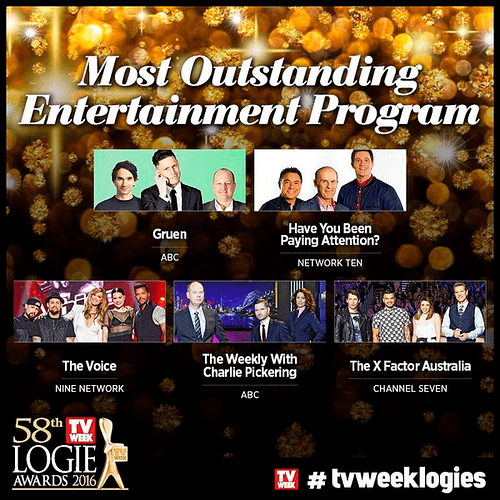 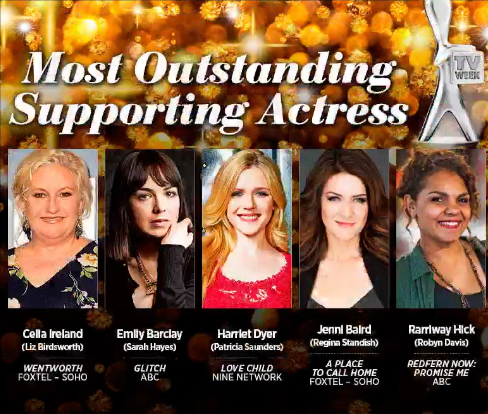 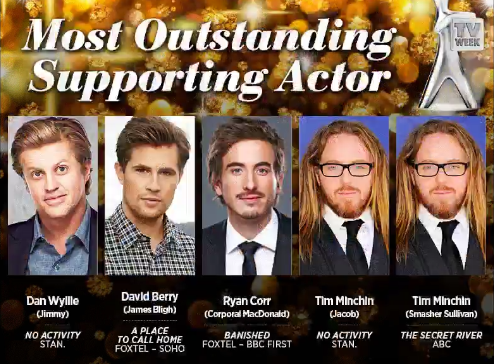 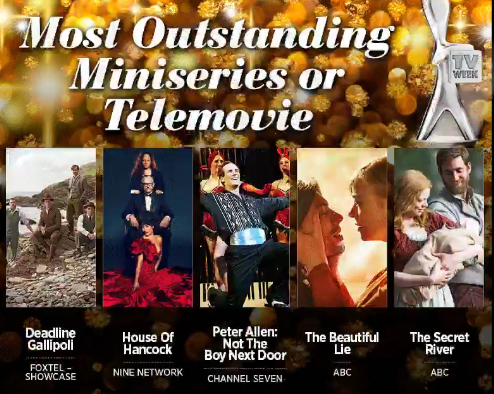