Calling All Pilots To The Gate.

Back for its second year, 10’s innovative Pilot Week 2019 is delivering fresh, funny and thought-provoking home grown content that’s set to get you talking.

From the larger than life reality of Sydney’s Crazy Rich Asians and I Am…Roxy!, to the heart-warming My 80 Year Old Flatmate, hilarious Part Time Privates and controversial Catfish Australia, Pilot Week 2019 has something for everyone.

But just which shows will find their way to a new home on 10? Well that’s down to you. By tuning in and talking it up, we will gauge which of the Pilots have been the biggest hits with viewers and work to bring a whole series to life.

Network 10 Chief Content Officer, Beverley McGarvey, said: “We were so thrilled with the quality and creativity we achieved with our partners in the production community for Pilot Week last year.
We can’t wait to see how this year’s projects deliver.

“It is clear that more domestic content is what our audiences really crave, and we are working hard to ensure we can provide an innovative and diverse slate of local shows.”

Two mothers at a local primary school decide to start a home-based private investigation business so they can enjoy flexible working hours. As their business unexpectedly thrives, they find themselves thrown deep into the world of working ‘undercover’; moving between school pick-ups, dance group and lunch orders, to threesomes, insurance fraud and failed relationships. Starring Heidi Arena and Nicola Parry.

Money, shopping, cars, events and glamour. Sydney’s Crazy Rich Asians follows the opulent lives of six very ‘extra’ characters and their local fixer who waits on their every want and need…no matter the cost.

Roxy’s everyday life behind her world of high glamour and outrageous excess. 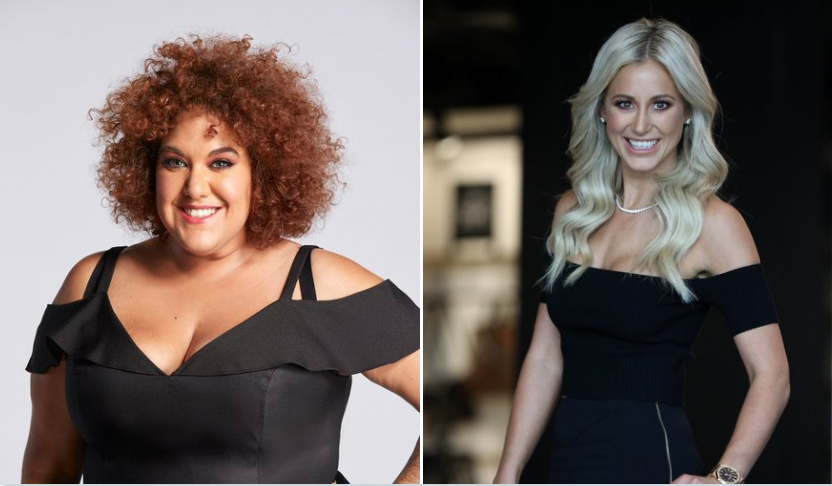 Beloved pop idol Casey Donovan joins Walkley-nominated documentarian Patrick Abboud on the quest to uncover the truth about online relationships. Coming to the aid of every day Aussies who have suspicions about their internet beau, Casey and Patrick will join forces to uncover the real identities behind the hot online profiles.

It’s reality TV with heart, as older Aussies offer cheap rent to hard-up millennials in exchange for company and help around the house. Creating surprising friendships and mutually-beneficial relationships, it’s a look into what can happen when you take the leap across the generation gap.

'Catfish Australia' And More Will Premiere During Pilot Week

This year's Pilot Week has everything from catfishing to 'Crazy Rich Asians'.

I hope there’s more titles to come which are yet TBA, because that’s a very disappointing lineup.

Catfish Australia sounds like something which should be on 10 Peach rather than the main channel. And the idea of a reality show centred around Roxy Jascenko? Who cares!

Just out of interest, what do you think this week of pilots should be branded as? New Show Sample Week?

Just out of interest, what do you think this week of pilots should be branded as? New Show Sample Week?

To be completely honest its not something I am good at (marketing). But I just think the term pilot is misunderstood by a big population. There must be a better strategic marketing path for the pilot week. The concept, in my opinion, is quite a clever one. Although a lot of those shows don’t jump out at me its good to see an investment in local shows.

God help us if that Roxy show gets picked up.

I just think the term pilot is misunderstood by a big population.

I’m sure they’ll get used to the term Pilot. Australia has adopted almost every other American term and saying including “I’m rooting for you”.

Agreed, Hopefully she doesn’t get too much hate though like she did after those Coles ads.

Isn’t the only reason you want it changed because your mum didn’t know what pilot meant?

She understands now. But it was incredibly difficult explaining it to her.

So they’re stubborn for not changing it because 1 person didn’t understand it?

No it wasn’t just my mum. I heard it from a few people around pilot week both in the public and on this forum. And I think the ratings kind of proved there was something wrong with 10’s marketing of this week.

I think the ratings kind of proved there was something wrong with 10’s marketing of this week.

I don’t think thats an excuse. Shows the previous week were doing well at the time. Survivor was showing some of its biggest figures. HYBPA was doing well. Shows following all those shows failed. Something went wrong.

I reckon Sydney’s Crazy Rich Asians could do alright, if only because of the success of the recent film of essentially the same name.

I personally believe that some of the programs which have received quite average ratings (like Dancing With The Stars and that variety show with Dr Chris & Julia) on Ten recently would be at least moderately successful if they were on Seven & Nine. Same deal the other way round, would stuff like MAFS and Lego Masters really have rated as well on Ten as they have on Nine? Somehow I doubt it.

I reckon Sydney’s Crazy Rich Asians could do alright, if only because of the success of the recent film of essentially the same name.

I do wonder whether they will run into some sort of legal issue with the title.