Your Right to Know

Australia’s Right to Know coalition (Nine, News Corp, the ABC, SBS, The Guardian , and journalists’ union the Media, Entertainment and Arts Alliance) have come together to call for reforms to protect public interest journalism

The coalition has six key proposals for “necessary and urgent” reform. The changes would strengthen rights and protections for public-interest journalism.

Now that I’m in Melbourne local radio I receive these almost daily: it’s staggering how much of the Victorian courts system is shielded from proper, timely scrutiny. You have a right to know. #yourvoice #righttoknow https://t.co/1F1N6USAol 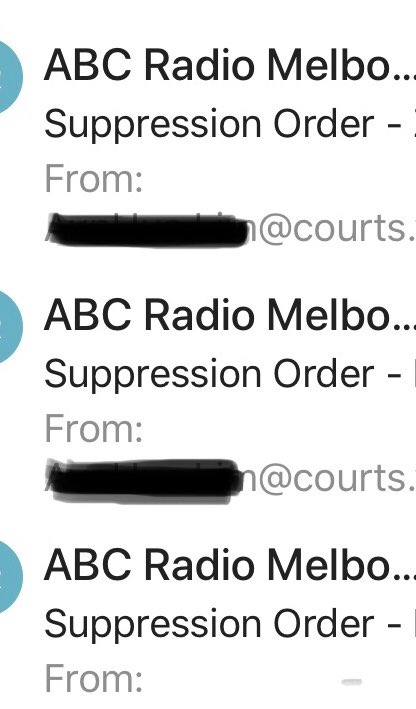 Be nice if the media class gave a shit about anyone else’s rights, not just their own.

I saw a commercial on this campaign during Seven News last night.

Be nice if the media class gave a shit about anyone else’s rights, not just their own.

Yep. This is just self serving garbage.

I am all for a right to know but unfortunately some journalism has gone from fact based reporting to opinion based reporting. And that is dangerous for democracy and for the judicial system. 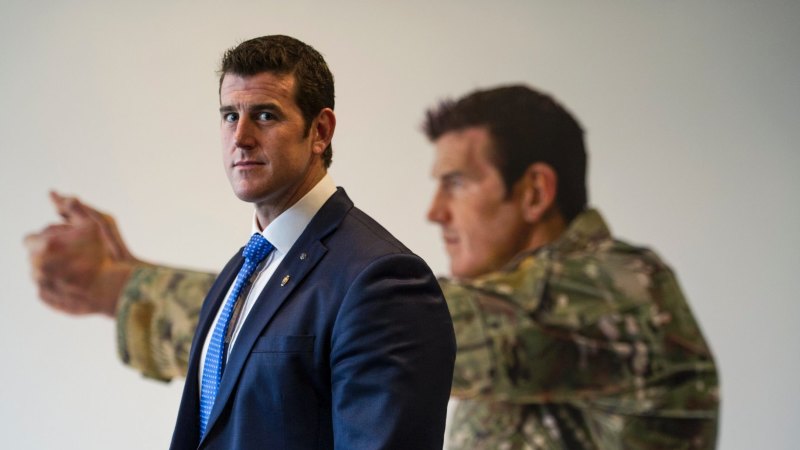 The Age and the Sydney Morning Herald are fighting requests from the Victoria Cross recipient for documents generated during investigations for articles in 2018 that accused him of war crimes.

Ben Roberts-Smith, is seeking access to documents that could disclose confidential sources of journalists Nick McKenzie and Chris Masters as part of defamation action against The Sydney Morning Herald and The Age . McKenzie and Masters are senior investigative reporters who have won multiple Walkley awards.
…
The push for greater disclosure of these sources comes as Seven joins several major news organisations, including Nine Entertainment Co and News Corp, in backing the press freedom push Your Right To Know.

A case over the validity of police warrants used to raid the ABC's Ultimo headquarters last year is dismissed by the Federal Court of Australia.

The validity of the AFP raid shows that the Coalition will do anything to muzzle the media and to stop it from reporting on anything that will embarrass the Federal Government.

The Australian Federal Police are now not an independent Commonwealth police force. They essentially waved away the case of Angus Taylor distributing information from fraudulent documents, but are determined to jail a whistleblower who exposed crimes committed by Defence personnel. ABC will not appeal ruling on AFP raid

#breaking Smethurst has won high court challenge, the raid warrant was invalid. The warrant is quashed, but only two judges ordered material be destroyed. So a mixed result, partial win but still at risk of police using info. #auspol #auslaw
2 Likes
JohnsonTV April 15, 2020, 11:11am #14

The warrant used by Australian Federal Police officers to search the home of News Corp journalist Annika Smethurst last year is thrown out by the High Court.

While three judges said they thought the material should not be kept by police, the majority of the court declined to make an order, meaning police could keep the material for any future possible prosecution related to the case.

The High Court ruling sends an indisputable message, that the Federal Police must obey the law and that their raid on Annika Smethurst’s home was illegal.

All Australians should be extremely concerned that a journalist’s home can be raided illegally. It’s now vital that the Federal Government must allow media organisations to contest warrants against journalists to avoid debacles like this one occurring again.

Annika Smethurst should not be prosecuted for simply doing her job as a journalist to rightly inform Australians on serious matters of public interest.

It’s time for the Federal Government to bring this sorry mess to a prompt end. It’s time to end Annika’s ordeal.

The High Court has today unanimously decided that the warrant to search News Corp Journalist Annika Smethurst’s home in June 2019 was invalid.

Welcoming the decision, Free TV’s CEO, Bridget Fair said, “Today’s decision confirms the media’s concerns that the AFP overstepped the mark. In a democracy, you should not be able to conduct raids on journalists and media companies without a valid reason.”

Free TV called on the Government to respond to the Right To Know Coalition’s calls for action on better protections for journalists and whistleblowers.

“While it is extremely concerning that the raid happened at all, we hope that this decision will now spur the Federal Government to address the concerns raised by Australia’s Right To Know Coalition of media companies. The High Court’s decision only emphasises the need for a contestable warrant scheme for raids on journalists and media companies.

“It is clear from today’s decision that our current laws do not adequately protect public interest journalism”, Ms Fair said.

One of the points of the execution of a search warrant is generally to surprise the people being searched so they have no opportunity to hide or destroy evidence. Will the federal government really change the law so the AFP has to give advance notice if they want to search a journalist’s home or workplace? The High Court rules in favour of News Corp, but against press freedom

Press freedom is an illusion without significant reform, argues Peter Greste in this crossposting from The Conversation. 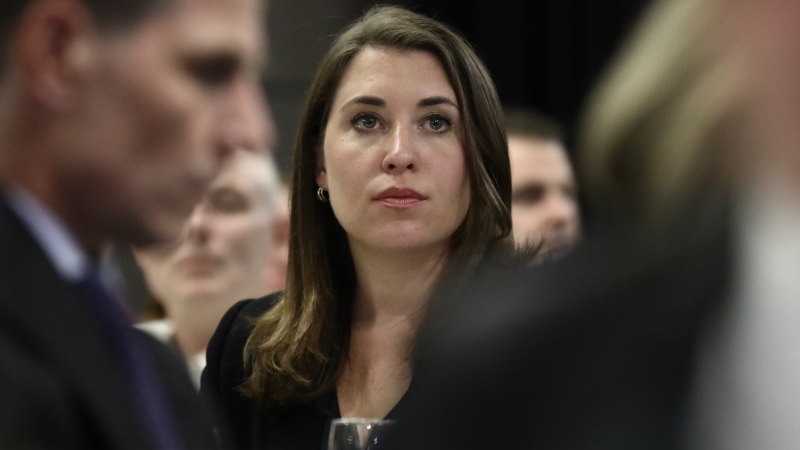 The political editor's home was raided last year as part of an investigation into leaked government documents.

Mike Pezzullo should be fired. He is totally comprised. His comments on this case make him a liability. If Dutton won’t sack him, then Philip Gaetjens and Scott Morrison should direct him to be sacked. 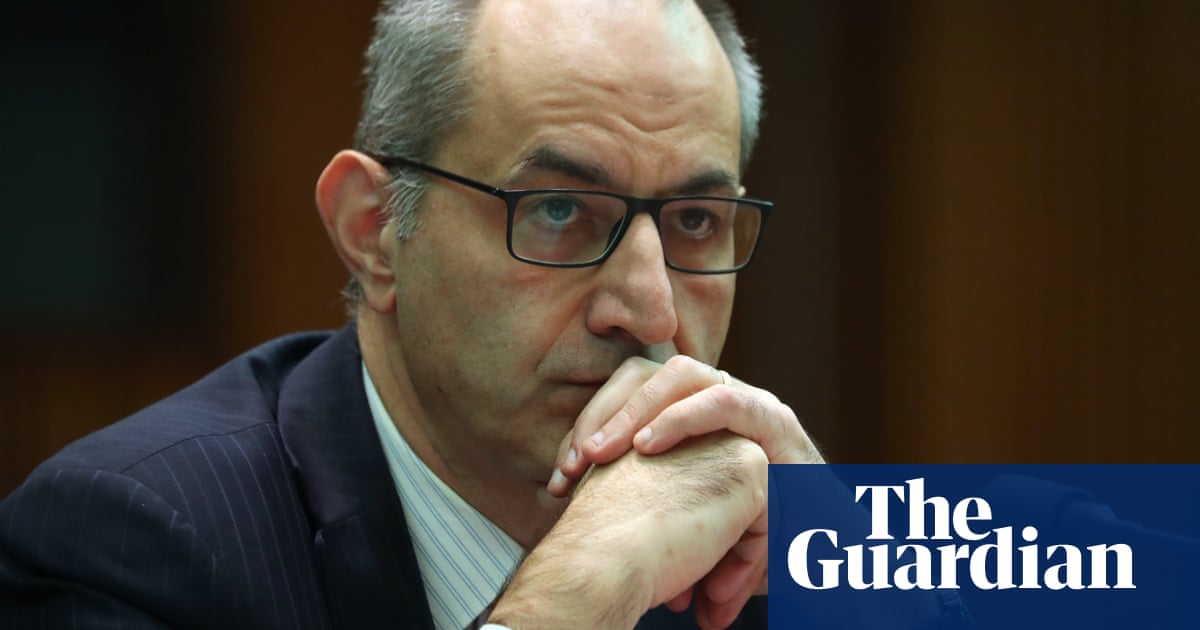 Government will have final say on prosecution of ABC journalist

The Federal Government says the Attorney-General will have to approve the prosecution of an ABC journalist who published classified information detailing potential war crimes. 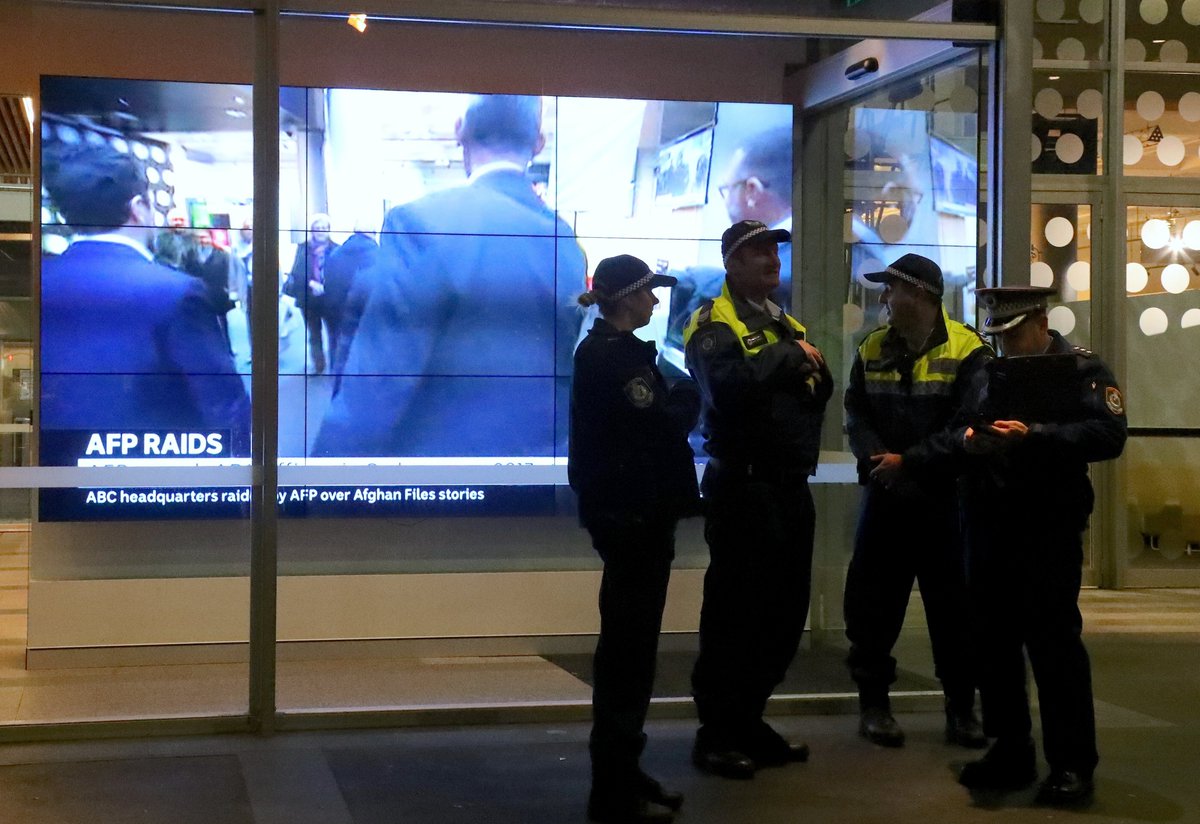 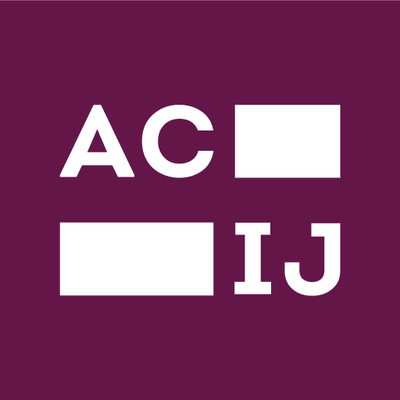